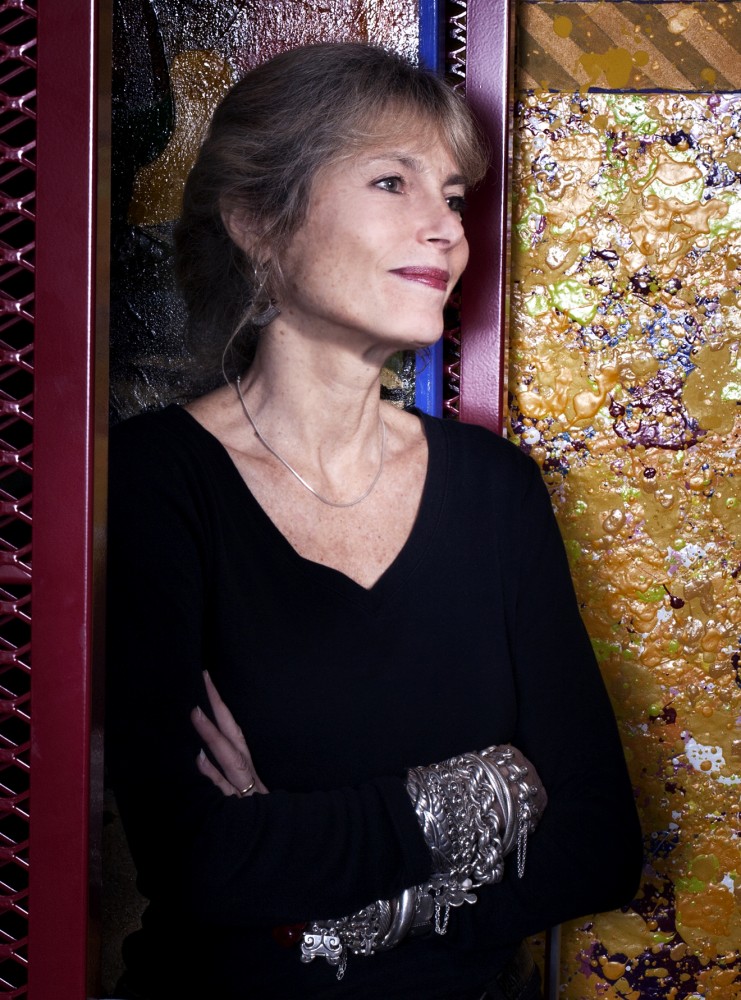 Scholar, author, and folklorist Jo Farb Hernández was appointed Director and Curator of SPACES following the death of Founding Director Seymour Rosen. She served in this capacity between 2006 and 2019, and was named Director/Curator Emerita in January 2019 by the SPACES Board of Trustees. Between 2000 and 2019 Hernández also served as Director of the Natalie and James Thompson Art Gallery and a Professor in the Department of Art and Art History at San José State University, and earlier served as Director of the Monterey Museum of Art (1985-93), and concurrently as President of the statewide California Association of Museums (1991-92). She is a Contributing Editor for Raw Vision magazine and a member of the International Editorial Boards for Elsewhere and Bric-a-Brac/Arte Outsider journals, serves on the Advisory Boards for the Fred Smith, Vollis Simpson, and Manfred Gnädinger art environments, and provided prior service on the Executive Board of the Alliance for California Traditional Arts and on the Advisory Board for the Fund for Folk Culture.

Hernández’ curatorial efforts have been impressive and wide-ranging; she is equally comfortable with contemporary and modern as with self-taught, folk, and ethnic/tribal arts. She has been particularly involved with the genre of art environments since 1974, when she completed her Master’s degree project at UCLA on sites in the American Midwest. She has done primary fieldwork on art environments across the U.S., Western Europe, and beyond, and has also studied a range of folk arts and performance events in Europe and the Americas. She has juried numerous national, statewide, and regional exhibitions; has frequently been a review panelist for governmental agencies, private foundations, and nonprofit organizations; and has lectured widely at museums and universities internationally. Hernández has authored or co-authored over thirty exhibition catalogues and books, and has published articles for a variety of international art journals. Among her earlier award-winning books are A.G. Rizzoli: Architect of Magnificent Visions (1998), one of Amazon.com’s “10 Best: Art and Architecture” books that year; and Forms of Tradition in Contemporary Spain (2005; accompanied by four DVDs), winner of the prestigious 2006 Chicago Folklore Prize.

In 2008 Hernández was granted a Fulbright Senior Scholar award to research art environments in Spain, a project on which she had been working since 2000. The groundbreaking book resulting from this research, Singular Spaces: From the Eccentric to the Extraordinary in Spanish Art Environments, was published in 2013 by a consortium headed by Raw Vision. The book received a design award from the American Alliance of Museums in 2014. With introductory remarks by internationally-renowned experts in the field Roger Cardinal and Laurent Danchin, it has been called the “…most impressive single volume of research ever published in the field of self-taught art” (www.jofarbhernandez.com). In recognition of her scholarly achievements, Hernández was lauded as San José State University’s “President’s Scholar” in 2014-2015, the highest honor awarded to a member of the university faculty. She is currently researching additional art environments in Spain in preparation for a second volume of Singular Spaces, and looks forward to continuing to do research and writing for SPACES under its new auspices at Kohler Foundation.