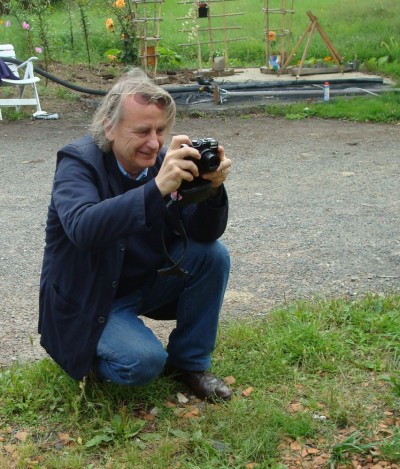 Alumnus of the Ecole Normale Supérieure, associate in Modern Literature, Laurent Danchin taught at high schools in Nanterre and Boulogne-Billancourt, in the suburbs of Paris, from 1972 to 2006. He was also an art history and philosophy teacher at the Ecole Emile Cohl in Lyon between 1985 and 1990 (illustration, strip cartoons, computer graphics, animated drawing).

A writer, lecturer, and art critic, he has published in a dozen countries across the world and, since 1995, has curated a series of exhibitions at the Halle Saint Pierre in Paris, as well as for such other venues as the Auberive Art Center, France, 2014; Pavillon Carré de Baudouin, Paris, 2010-2011; Finland, 2011-2012; MIAM – the International Museum of “Arts Modèstes,” Sète, France, 2010 – 2011; and INSITA, Slovakia, 2010. Danchin also serves on the Advisory Board member of the Collection de l’Art Brut in Lausanne, and is the French editor for the magazine Raw Vision. He is also the co-author of the web site www.mycelium-fr.com, along with Jean-Luc Giraud, a French art teacher and pioneer in computer graphics.

As a journalist and radio/TV broadcaster, he has collaborated with France-Culture, Radio Libertaire, Artension, Art et Thérapie, Beaux-Arts Magazine, Création Franche, Graphis, Jazz-Hot, Libération, Raison Présente, Raw Vision, and Télérama, and he has published numerous articles, essays, and forewords/introductions for catalogs and interviews of creative people.

Laurent Danchin passed away on January 10, 2017. He was crucial in helping SPACES expand its international reach to those interested in studying, documenting, and advocating for art environments.