Born to a modest shepherd family in the desert lands of Kerman province, Darvish Khan Esfandiyarpour turned some of the family property into orchards and used other areas to graze cattle. Born mute and hard-of-hearing, he never attended school, but was a spiritual man who followed metaphysical Sufi traditions, and it is said that he claimed to see visions that he believed were heaven-sent.

In 1963, “Land Reforms” enacted by the Shah Pahlavi’s regime were intended to transfer property ownership in an effort to officially end Iran’s feudal era. Esfandiyarpour’s land was slated to be appropriated by the government as part of this social restructuring; furious, he attempted to oppose the ruling, but without verbal faculties it was difficult for him to do so. Local legend holds that, depressed and crying, he had a dream in which he saw a landscape of trees, each heavy with stone “fruit.” Believing that his tears had bored a hole as they fell onto the stone on which he had laid his head to rest, which would make it easier to suspend, he decided he would create that visionary garden himself, protesting the Land Reforms in a non-verbal manner. He would cover his land in such a way that it would be made completely unusable by others.

Located in an area approximately 27 miles (45 kilometers) east of the town of Sirjan, heading toward Baft and the deserts of Kerman, Esfandiyarpour “planted” the harsh sandy landscape with 150-180 tall, dead trees, each adorned, by means of thick wires, chains, and ropes, with stone “fruit” of various sizes. He began creating this otherworldly landscape beginning in 1961 or 1962, and continued working for fifty years, until his death. He spaced the dead trees evenly, roughly 20 – 23 feet (6 – 7 meters) apart, adding and/or adorning new trees to symbolize significant events in his life, including challenges as well as the accomplishments of his son and the birth of his seven grandchildren. He transported the stones – some up to 60 pounds in weight and most of irregular shape – from the surrounding mountains and valleys, afterward using whatever kind of line he could find to hang them amid the dead branches: telecommunications cables, bicycle chains, wires, and ropes. Other random found objects were also hung in the branches, including steel wheels, tires, bottles, dead animals, clothes, and more. At least some of the trees were said to have been transported by the artist from his original garden, and transplanted into this garden of stone, which he came to believe was a space with significant spiritual force.

At his death, he was buried at the entrance to the garden. His gravestone reads:

Saw a man no stranger to pain who lost his all

Fruits of the garden are stones of all sizes

Hung with much labor from branches

No oppressor will take this stone garden from him

This was his hope when creating his garden

In 1976 filmmaker Parviv Kimiavi’s film Baghé sangui (The Garden of Stones), featuring the artist himself, won a Silver Bear prize at the Berlin International Film Festival (Berlinale). Kimiavi returned in 2004 to revisit the site, and produced an updated portrait, The Old Man and his Garden of Stones. The Garden, located roughly approximately 3 ½ miles (6 kilometers) east of Balvand and just over one mile (2 kilometers) off the Sirjan-Baft road, is visited by some 6,000 tourists each year. It is now being maintained by Esfandiyarpour’s son and is open year-round.

The Garden is located roughly approximately 3 ½ miles (6 kilometers) east of Balvand and just over one mile (2 kilometers) off the Sirjan-Baft road. It is open year-round. 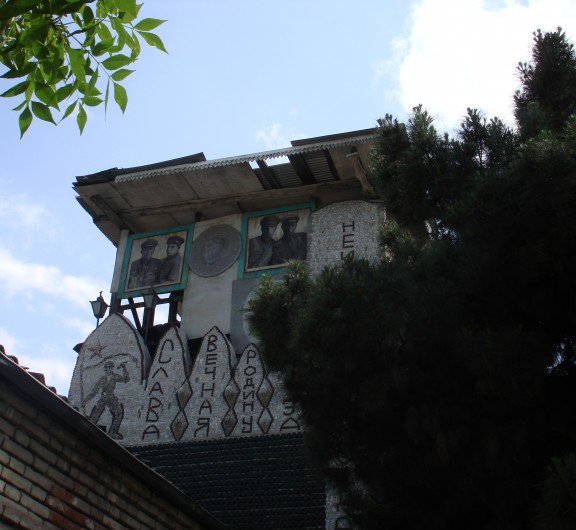 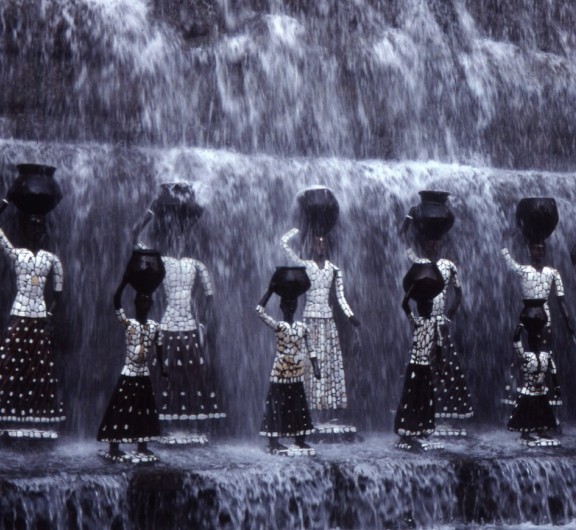 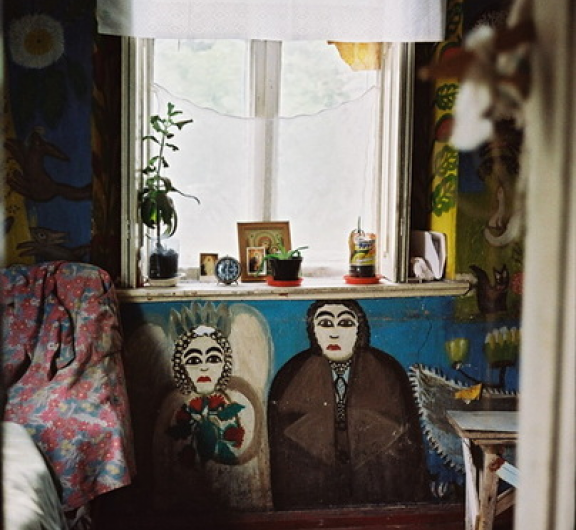