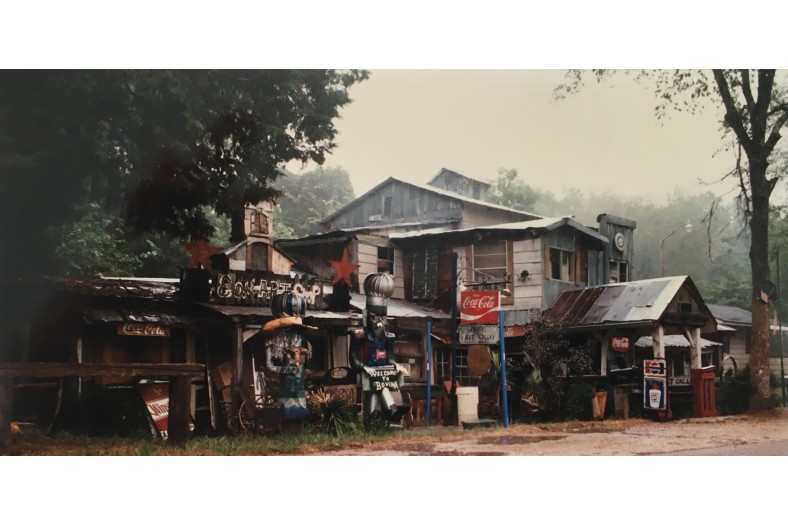 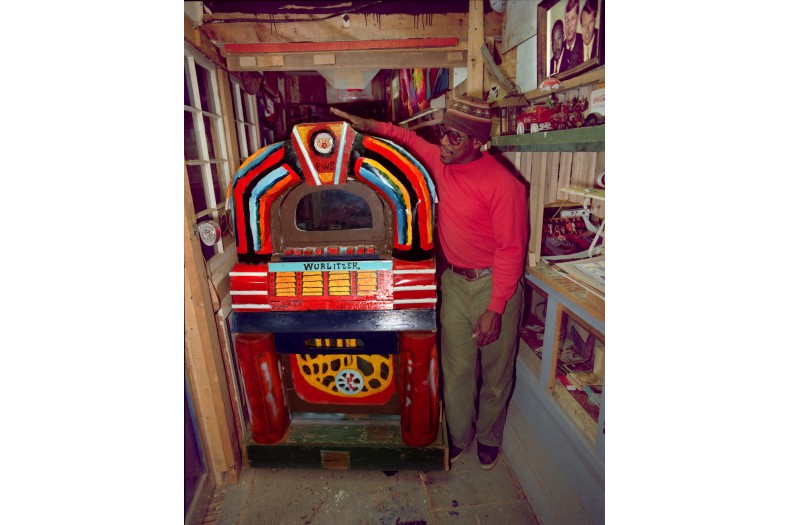 Used with permission of the photographer, Ted Degener ﻿

Earl Wayne Simmons has always been an artist and a dreamer. Since he was a child in Bovina, Mississippi his philosophy seems to have been in there was something he wanted, it was up to him to make it. So he did. First it was toys. He created his own versions of the toy trucks and cars that all boys like to play with. He made his vehicles out of scraps of wood, plastic, and metal: whatever he could find. He still makes those “toys,” but they are not for children to play with. They are sculptures prized by folk art collectors across the country.

Later in life when it was time to think about a home, he made that, too. Starting by propping up some windows he’d salvaged, he constructed walls around them, and when he thinks of a new room he’d like to have, he just builds another one. His rambling, organic building has over 20 rooms, including a store, museum, nightclub, disco booth, and a workshop in addition to the more mundane thinks like bathrooms, bedrooms and a kitchen.

To decorate his café he made signs advertising snacks, beverages, and cigarettes. Visitors to Earl’s place saw those signs and offered to buy them, and they became staples in his repertoire. Another item, admires by all who stopped there, are Earl’s juke boxes. These were also made to furnish his saloon. Created from plywood and trimmed with strips of chrome, the jukeboxes were surprisingly functional. When Earl wants to hear a song on one of his jukes, he just opens it up and pops in an 8-track tape. The juke boxes are now located in all the House of Blues nightclubs.

Earl is still dreaming. He plans to operate his café, disco, store, and museum all under one roof someday. But for now, we can enjoy the sculptures and paintings he creates as a way of bringing his dream-world to reality.