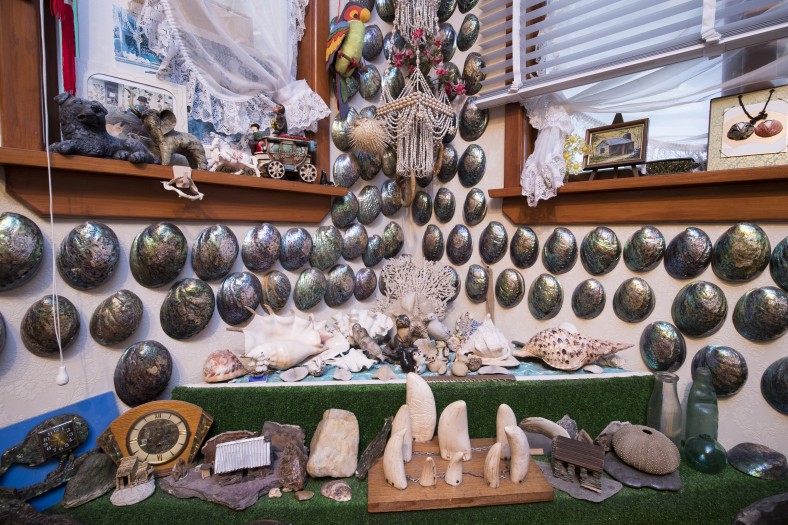 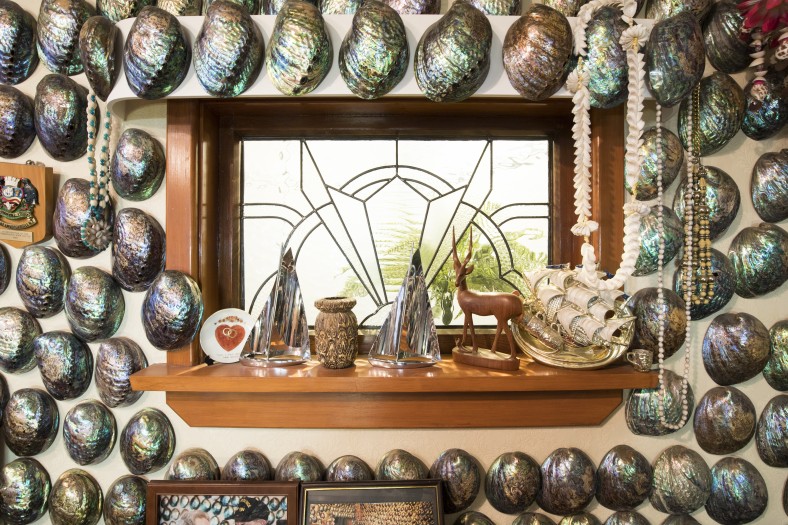 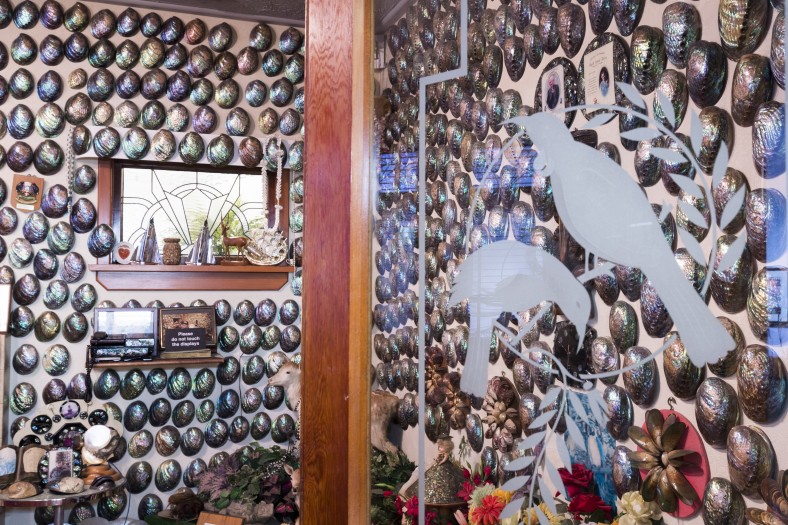 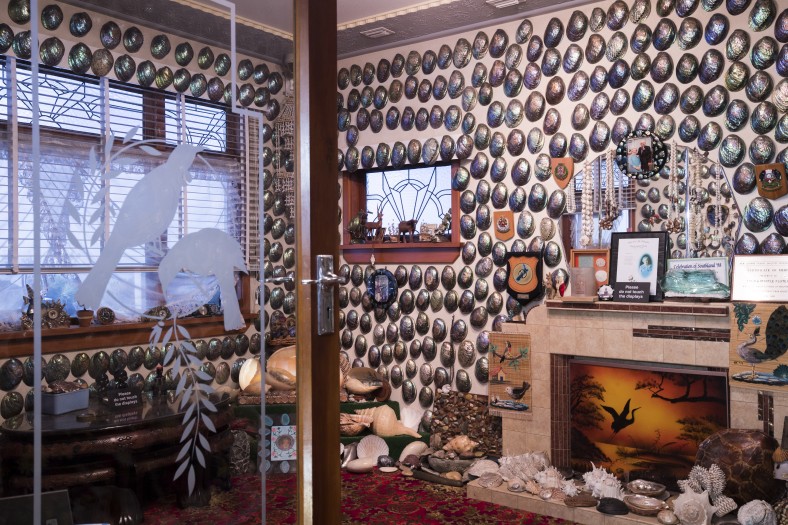 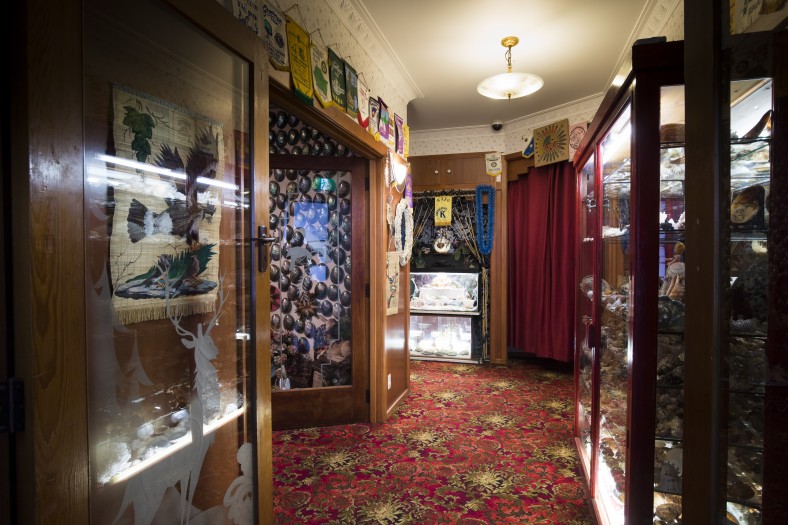 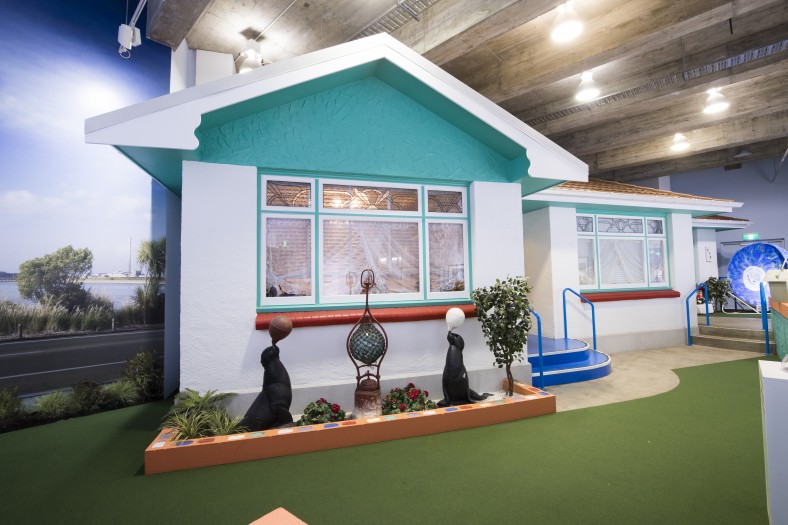 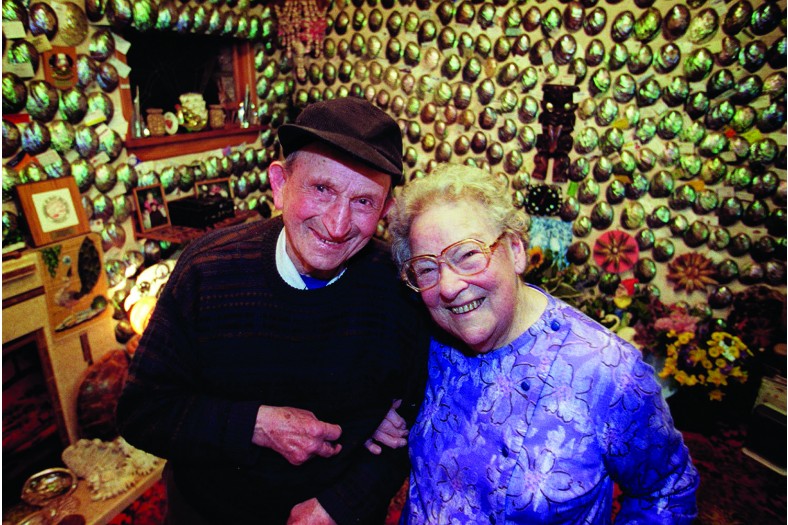 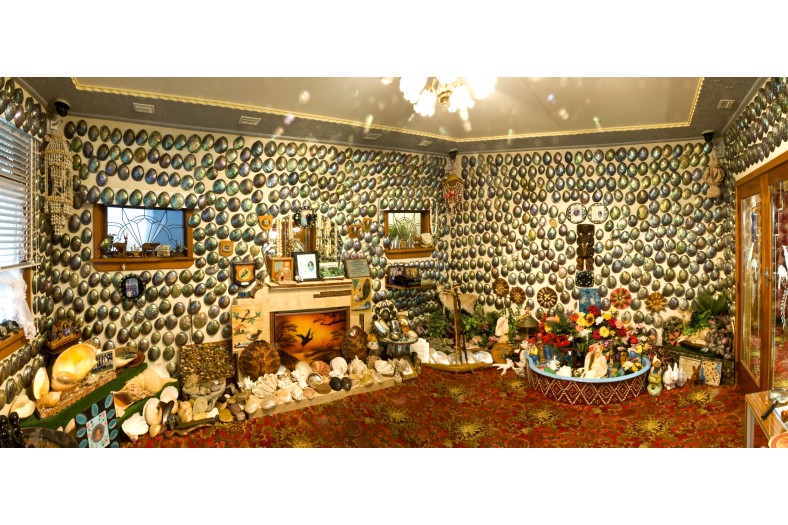 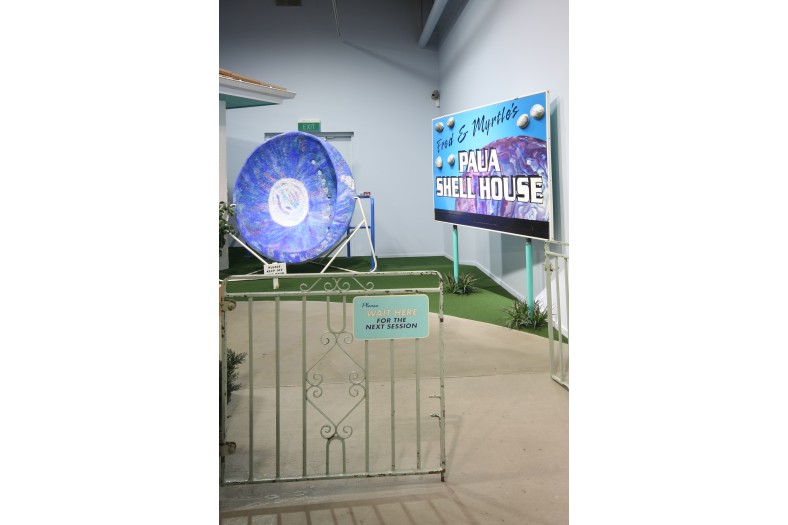 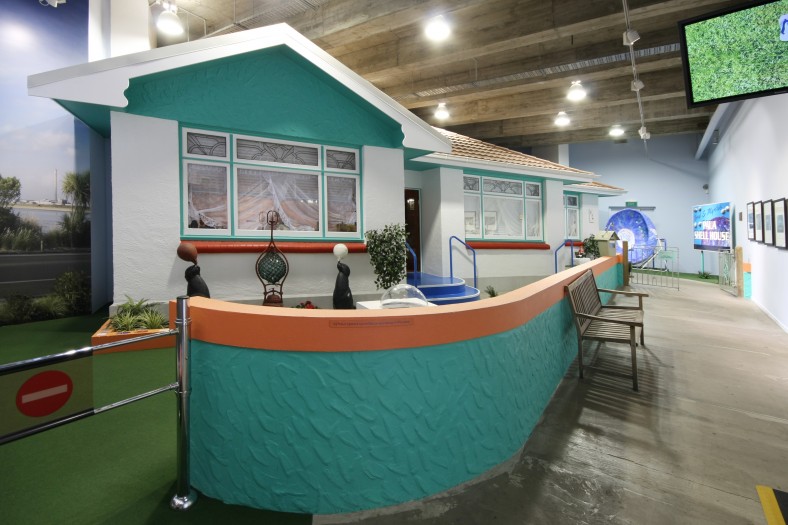 The Museum, located some 600 kilometers north of the original location of the house in Bluff, is open every day except Christmas Day, 9 am – 5:30 pm, and until 8:30 pm on Wednesdays. Admission is free but donations are appreciated.﻿

Fred Flutey grew up in northern New Zealand in the Canterbury town of Woodend, but moved south at the age of 12. There he met Myrtle while they were both working for the Port Craig Timber Company; she became his wife in 1928. They moved to Bluff in 1940, a small coastal village in the lowest southeast corner of New Zealand’s South Island, and there he made his living from the sea, as did many of Bluff’s residents.

Pāua– the Māori name for the beautiful Haliotis Iris snails – are plentiful in the shallow waters off the coast, and are prized not only for their delicious flesh but for the shiny iridescent colors of their large shells, which are used by jewelers and collected by tourists. And so Fred gathered the shells, with the intent to sell them if possible. However, it was hard for him to sell as many as he collected, so he brought them home, and he and his wife Myrtle stacked them in their living room.

In the early 1960s Myrtle decided to ornament the mirror above the fireplace mantle, hammering a few shells into place. Liking the effect, she and Fred began to similarly install every new shell that Fred brought into the house until – some 1170+ shells later – all of the living room’s walls had been covered. By 1963 the couple had added a visitors’ book to collect the written thanks of the ultimately one million visitors who came to view the house over the 37-year period that it was opened to the public; their hundreds of business or calling cards were also added to the collection and hung on the walls. Every day Myrtle would get up at 6 am in order to clean the house and ready it for the first visitors, who would begin to arrive at 9 am. They loved hosting the visitors, and let them tour the house at no charge.

Not only tourists and locals loved the Fluteys and their extraordinary home, but local governmental officials were pleased as well, as they recognized the importance of the shell house in bringing visitors to the area. In 1990 the couple received a Certificate of Merit from the New Zealand Tourist Industry Foundation, and they were featured in television advertisements, a cooking program, tourist brochures, and even on a postage stamp.

Following the couple’s death after an astonishing 71 years of marriage (with five children, 22 grandchildren, and 44 great-grandchildren) and following failed negotiations to keep the collection in Bluff, the Flutey’s grandson Ross Bowen loaned the collection to the Canterbury Museum in the northern city of Christchurch; for a minimum ten year period, the museum was to take responsibility for the collection and put the material on permanent display. Although this loan was a bitterly controversial move, the Museum made good on its promise to create a display that would provide visitors with a full understanding of the original site. They worked with a local construction company that donated labor and materials to construct a replica of the Flutey’s home, basing the reconstruction on dozens of vintage photographs, video footage, and the house’s original architectural plans. More than 4000 objects were removed from the original site for reinstallation at the Museum. The display opened with great fanfare on July 4, 2008, and over 250,000 visitors viewed the resituated home within the first two years.

The Museum, located some 600 kilometers north of the original location of the house in Bluff, is open every day except Christmas Day, 9 am – 5:30 pm, and until 8:30 pm on Wednesdays. Admission is free but donations are appreciated. 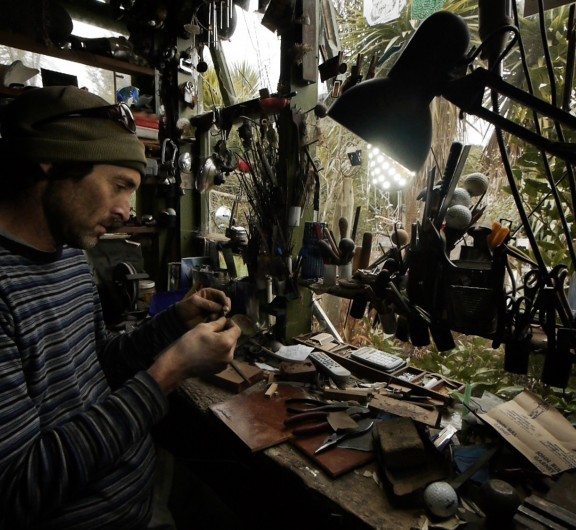 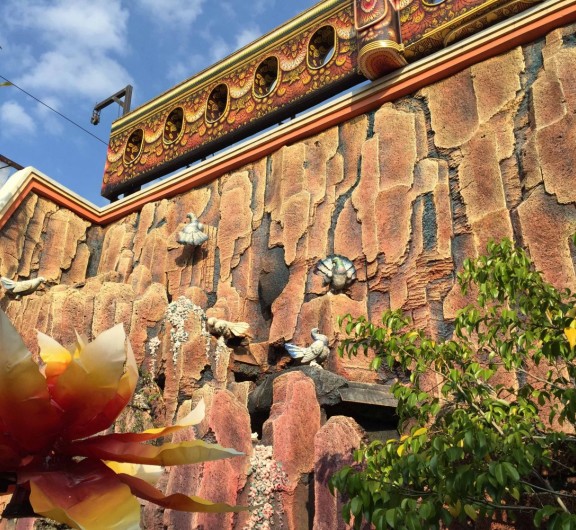