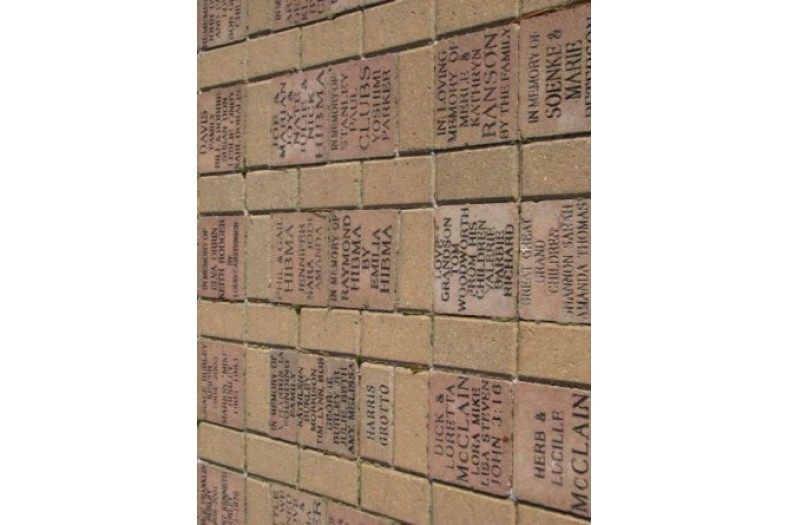 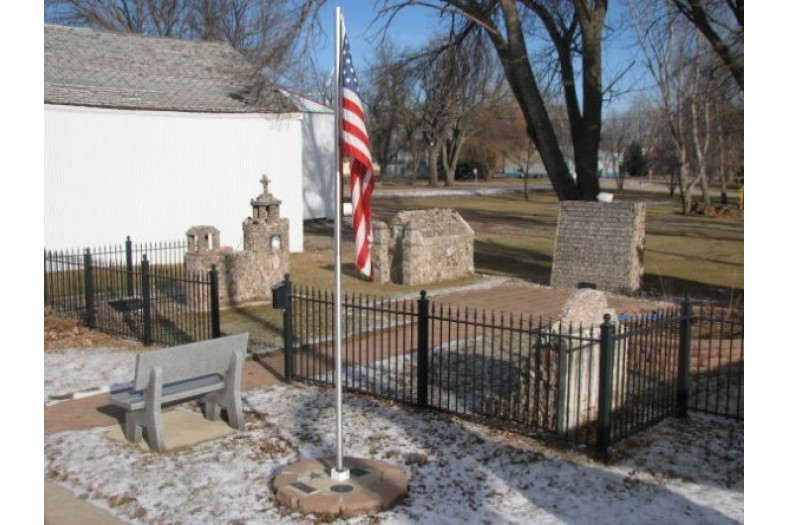 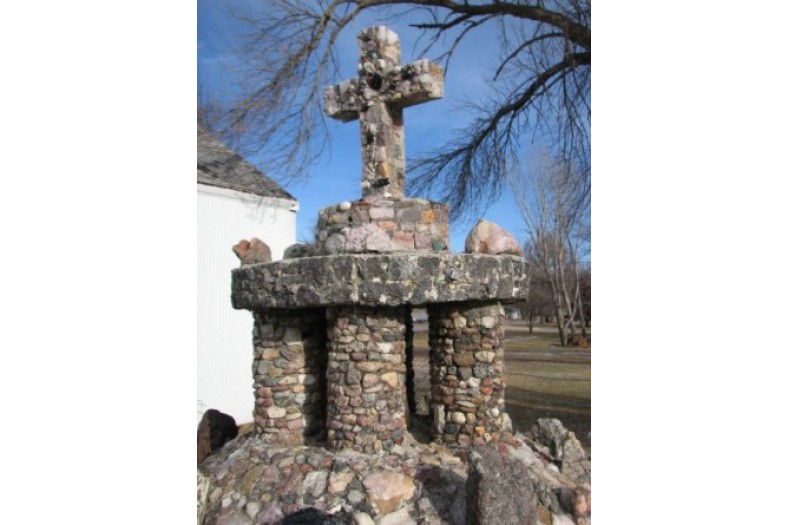 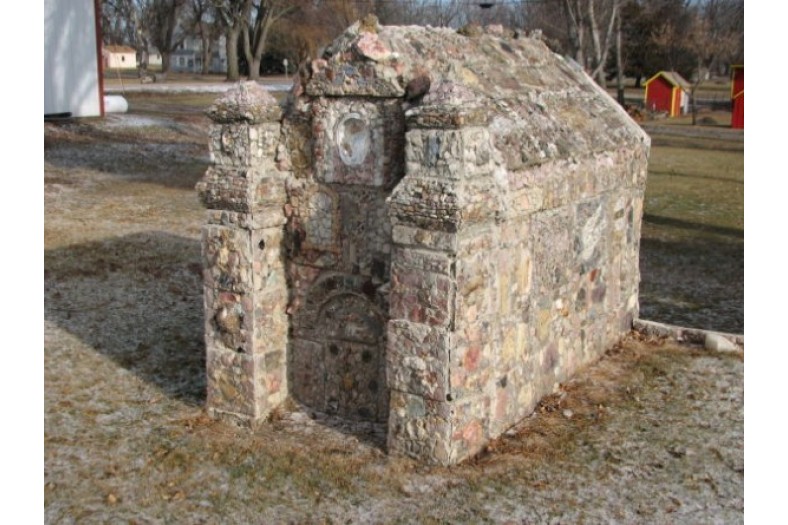 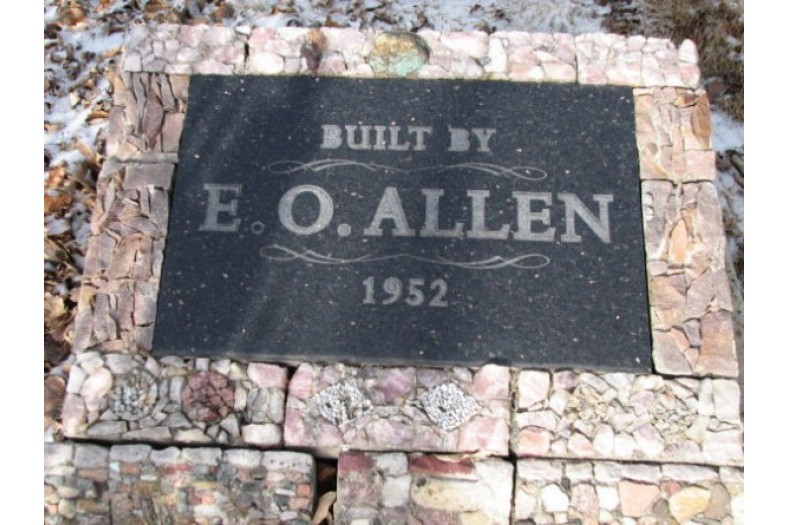 E.O. “Bud” Allen was born in Chatfield, Minnesota, and raised in Madison, South Dakota. He married local girl Thelma Thompson in 1913, and together they moved to Sanborn, Iowa, where their first daughter was born. Soon they relocated to Primghar, where they celebrated the birth of a second daughter. Finally, in 1922, the family moved to Harris, Iowa, where they settled in and made their home for over 40 years. Harris, a town located in northwestern Iowa along Highway 9, is roughly 507 acres in size, and in 2010 had a population of 170.

Both Bud and Thelma were very active in the Harris community and in church affairs. Bud was many things: a mason, a finish carpenter, a salesman, and an income tax consultant, but he was most well-known in the town of Harris as the former mayor, while Thelma served as postmistress for over 27 years. Bud died in 1959 and is buried in Union Cemetery in Harris, next to his wife, who had predeceased him by many decades.

The Mini Grotto was built by Bud over a period of roughly five years, from 1952 to 1957. A stone and brick mason by trade, Bud committed to building the Mini Grotto in retirement. It is said he used to plan an annual trip to the Black Hills with his family; there he ended up collecting rocks that he used in building the Mini Grotto. Over the years, he also received rocks from numerous members of the community and did what he could to incorporate them into his site. The rocks purportedly came from over 40 places, including Mexico and Canada.

The Mini Grotto contains one church replica, one wishing well, and a castle. There is also a composed wall of stones that bears Psalm 23. A donation box has been installed near the entrance and a plaque on the ground celebrates the artist’s name and date of creation.

After several year of neglect, in the early 2000s the "Save the Mini Grotto Organization" was formed. Through their efforts funds were raised to relocate the Grotto to a nearby park, and to add landscaping, sidewalks, a park bench, and lighting. Allen originally built the Mini Grotto next to the Harris U.S. Post Office; moving it a half-block south helped to increase the overall exposure. The Mini Grotto is now protected by a black wrought iron fence, and is located on the east side of the Main Street, across the street from the community's grocery store, Forbes Meat. Much of the work is visible from the street, and entrance is free and open to the public. 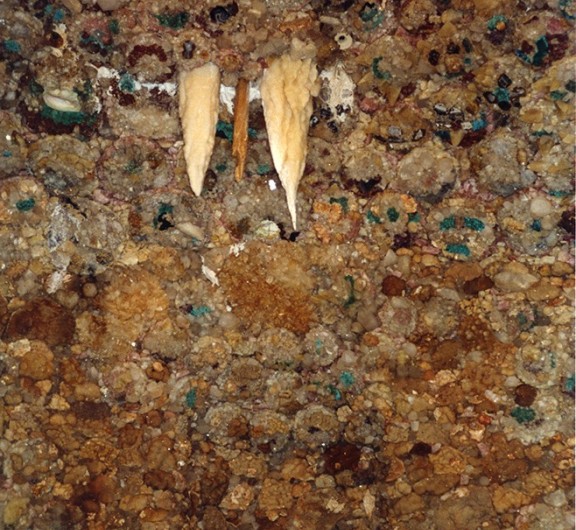 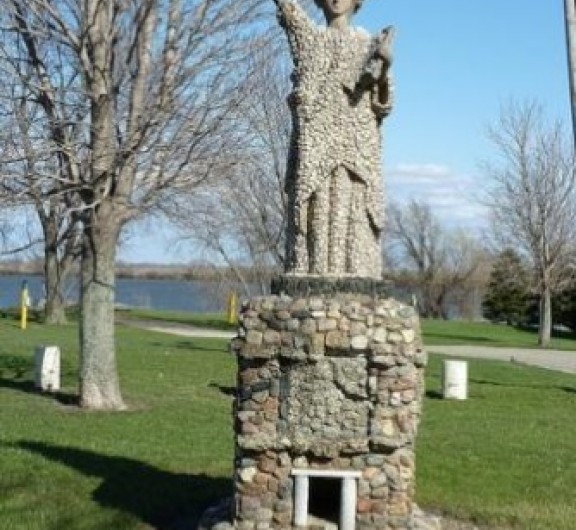 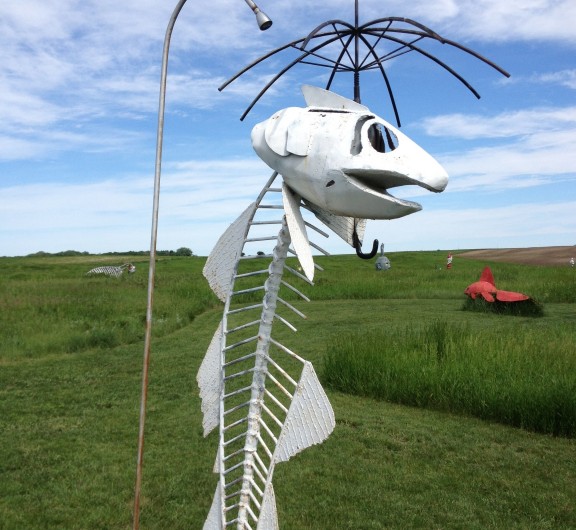 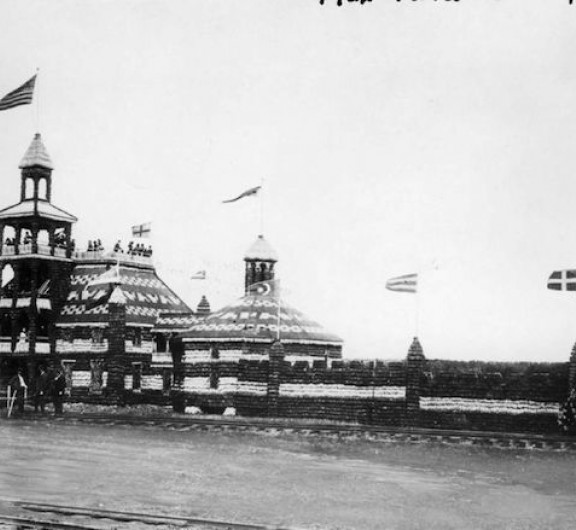 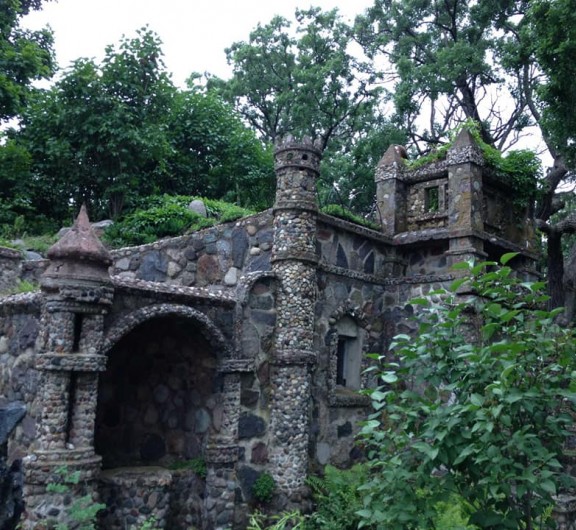