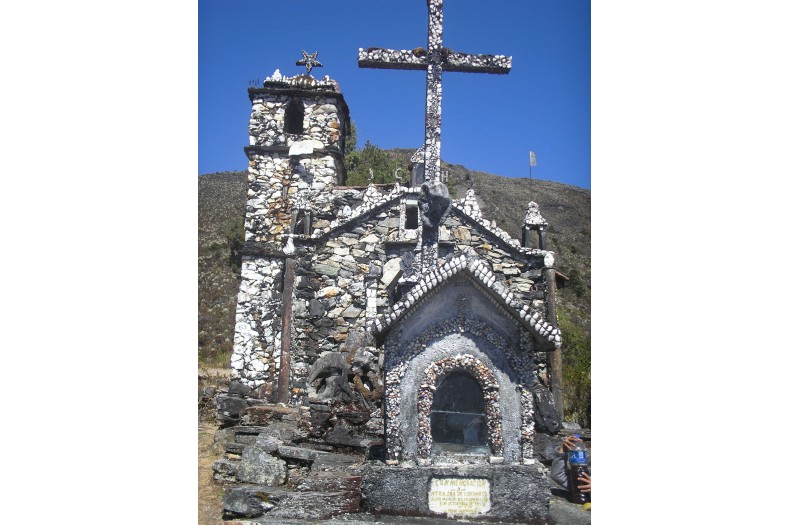 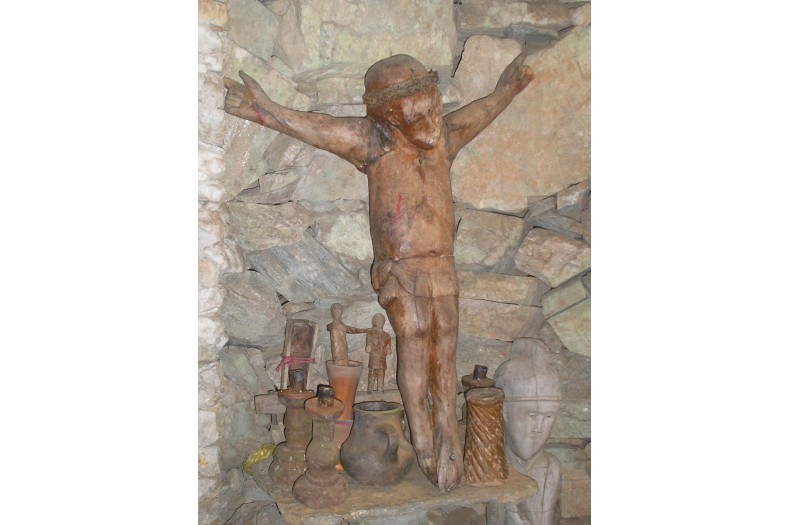 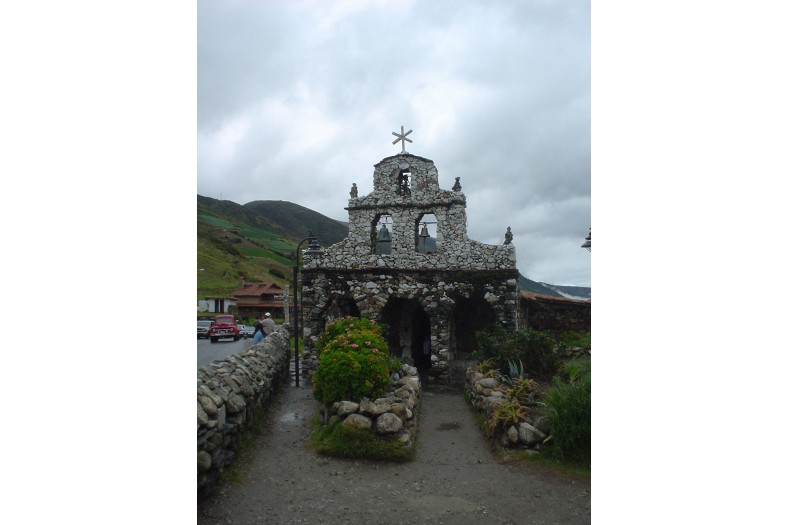 Image in the public domain, by Raggu

San Rafael de Mucuchiés, at close to 12,000 feet above sea level, is the highest town in the state of Mérida in the Venezuelan Andes. While Juan Félix Sánchez had no formal or academic studies beyond basic elementary schooling in the village, his father taught him to construct and repair a variety of objects; a neighbor woman taught him to weave blankets and ponchos, another taught him to understand how to work with the rocks and stones found in-situ, and his mother, it is said, taught him to pray. He learned well from them all, and he has been described as a farmer, mule driver, painter, sculptor, architect, engineer, weaver, furniture maker, magician, gymnast, puppeteer, clown, judge, and storyteller, “among other things.” While President of the Communal Meeting of San Rafael in 1929-1933 he even constructed a turbine to bring electricity to the town.

He also painted murals, although none of them remain extant. He began carving sculptures, primarily of wood, and primarily of religious subjects, around 1935; he never sold any of them, but gave them away as gifts. But he is perhaps best known as the designer and builder of the Capilla de Piedra (Stone Chapel) at San Rafael de Mucuchiés and the Capilla de Filo (Chapel at the Mountain Ridge) dedicated to Our Lady of Coromoto at El Tisure, as well as for other local chapels and constructions. He devoted his life and everything he did to “acknowledging and uncovering the land, the beauty and the people.”

The chapels, built rather improvisationally, were stacked together from local stone without the use of cement or other mortar. The Capilla de Filo, begun in 1952, has a three-level tower on the left; the chapel itself has a gabled roof, topped with a small niche and fronted by a large cross. It is part of a religious complex of additional constructions that he mostly built by hand over thirty years of hard labor, including terraces, plazas, a crèche, grottoes, a sanctuary for the Holy Sepulcher, and more. It houses a statue of the Virgin of Coromoto, and the first mass dedicated to her in the completed complex was held on January 7, 1965.

The chapel at San Rafael de Mucuchiés, similarly constructed without mortar, was his last architectural work, begun in 1982, and it was primarily constructed by workers from San Rafael and El Tisure under his direction. In contrast to the El Tisure chapel, the front façade of the San Rafael chapel has three arches on two levels holding three bells; the footprint is cruciform. Various pieces of coral and shells are also incorporated into the chapel in both interior and exterior walls and furnishings; all of his works share the commonality of breaking with the traditional parameters of symmetry and comfort.

In 1982, on the occasion of the first ever exhibition of work by an artist without academic training at the prestigious Contemporary Art Museum, Juan Félix Sánchez’s work were declared works of national cultural heritage (Patrimonio Nacional). Yet although he was promised much by the varied levels of government – a place to exhibit his work high in the Andean villages in which he lived, support for local cultural arts, and a school for local artists – nothing tangible materialized, although he continued to receive a variety of awards for his works. Worse, there were those who, attracted by his fame, came to take advantage of him, interrupting and complicating his life. He died alone in the high steppes of the mountains, desolated by the promises that weren’t fulfilled, and disgusted by the honors that brought him nothing.

“I didn’t do any of this to make people look, or anything like that,” he said; “it’s just that it was my idea to build a work here, because no matter where anyone lives they should leave a trace, a footprint…. And when I die I will go to the place in the clouds, where I will learn if my dreams were true…”

The religious complex at El Tisure has been abandoned for more than fifteen years; the Chapel in San Rafael is a stop for tourists who come through the Andes, but it receives no real support from the government or the church. 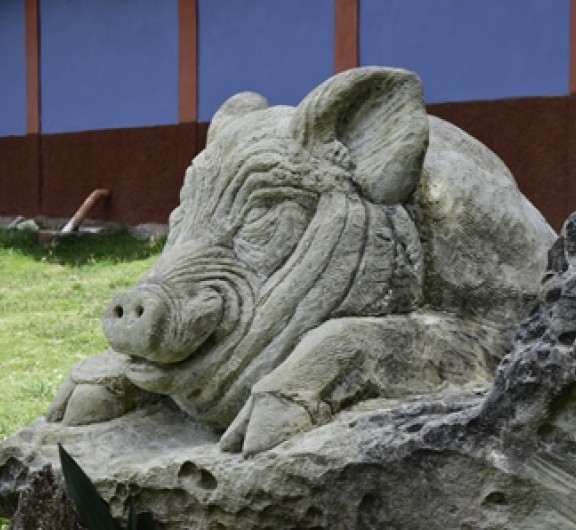 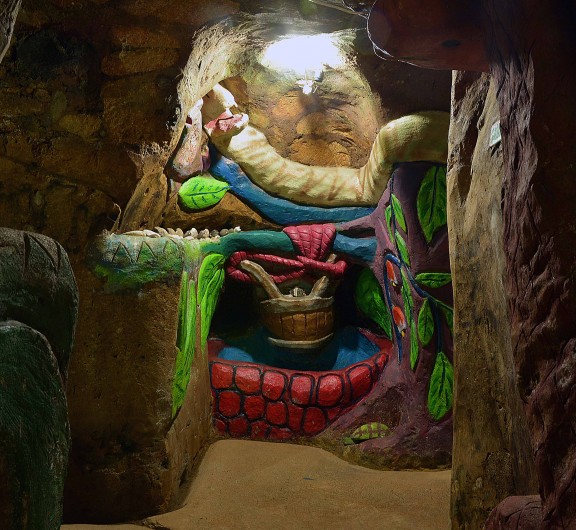 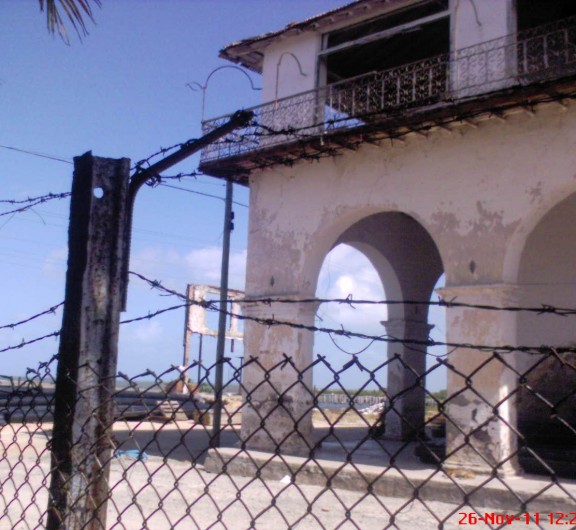 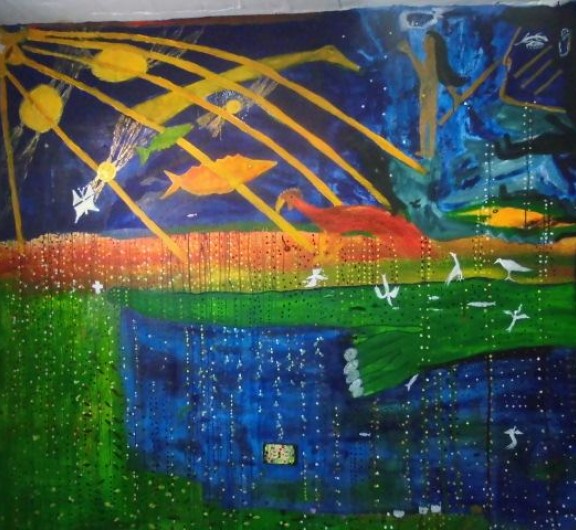