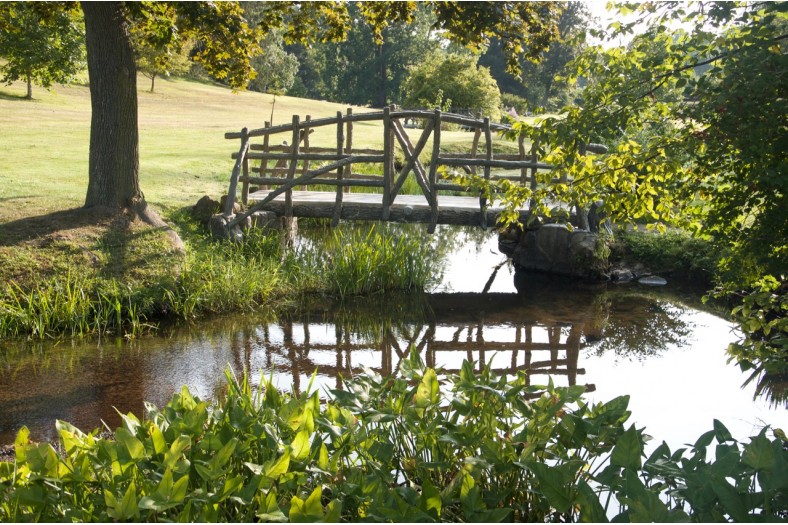 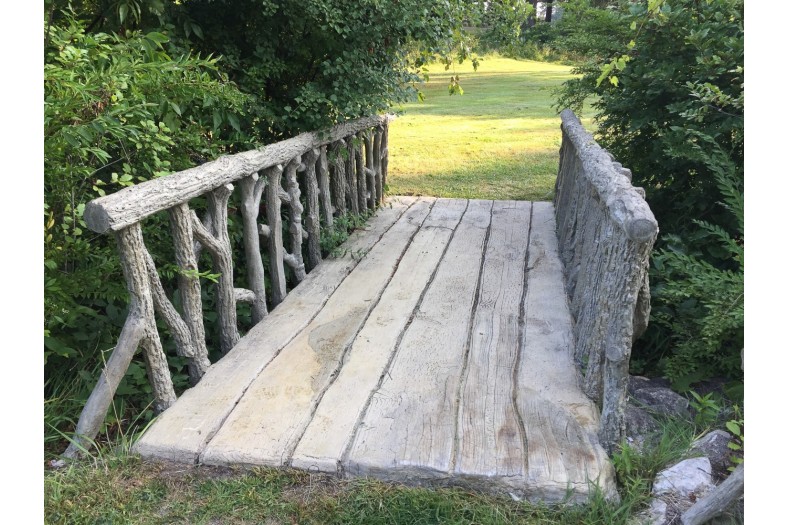 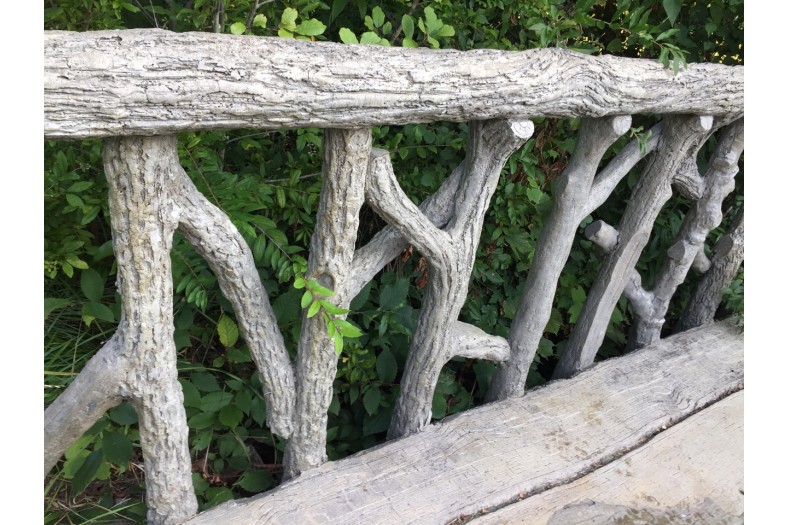 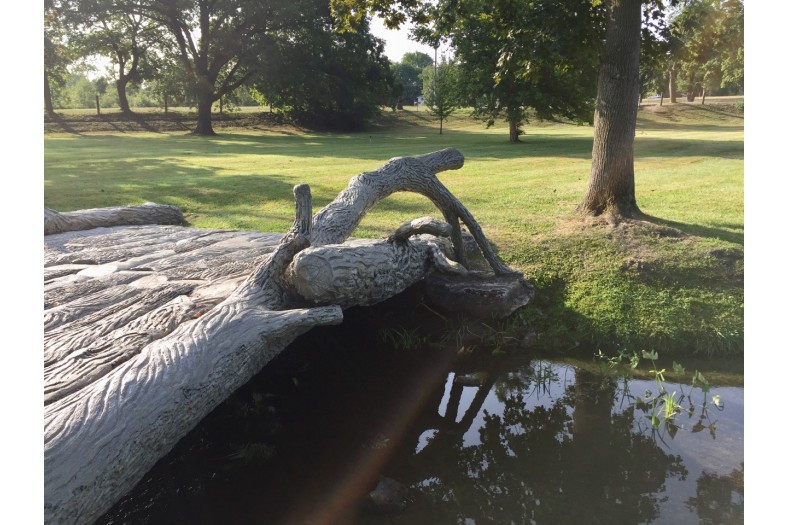 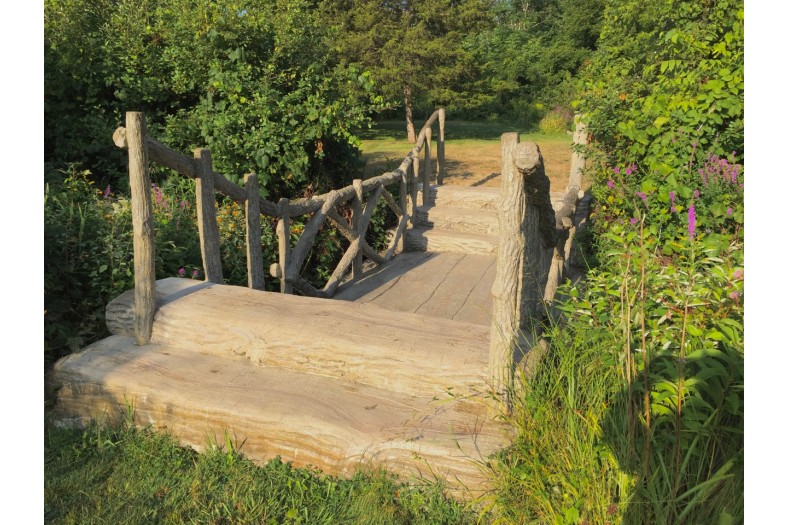 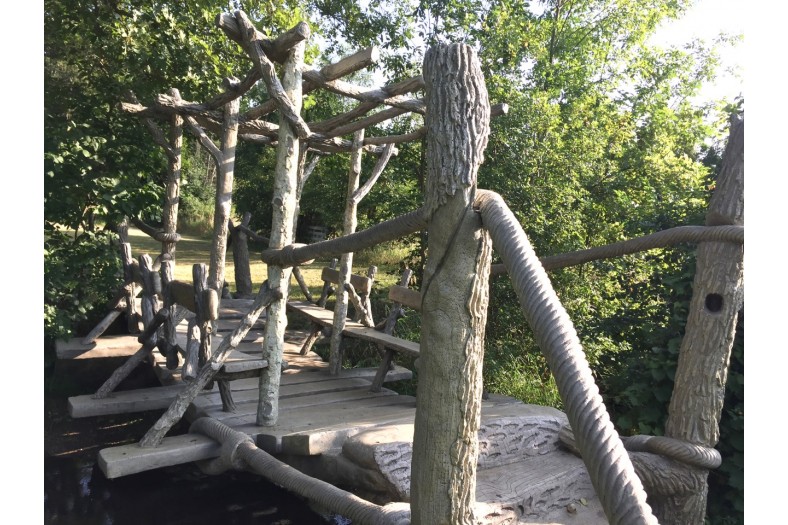 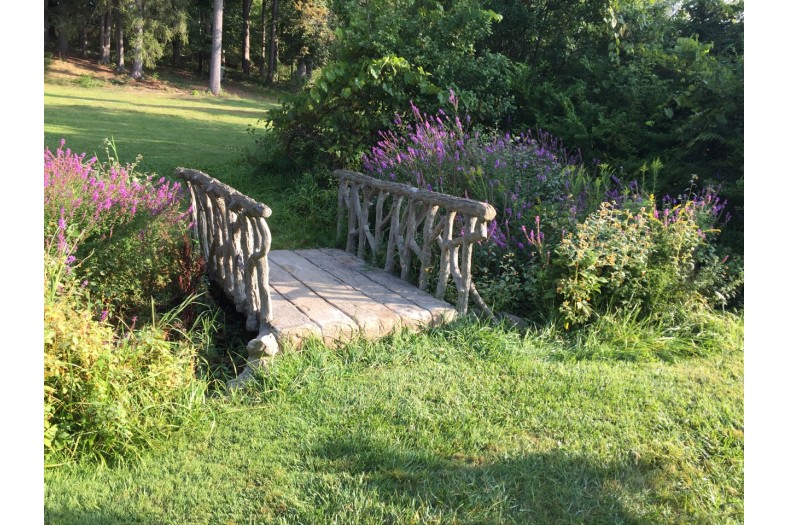 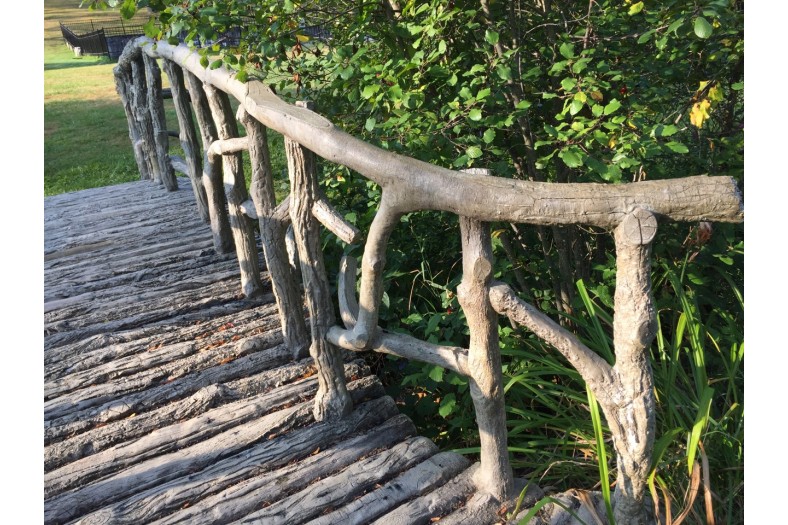 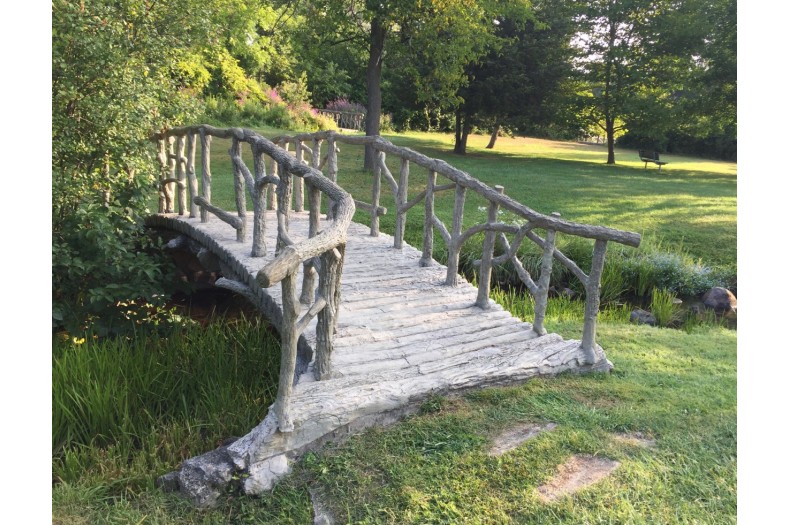 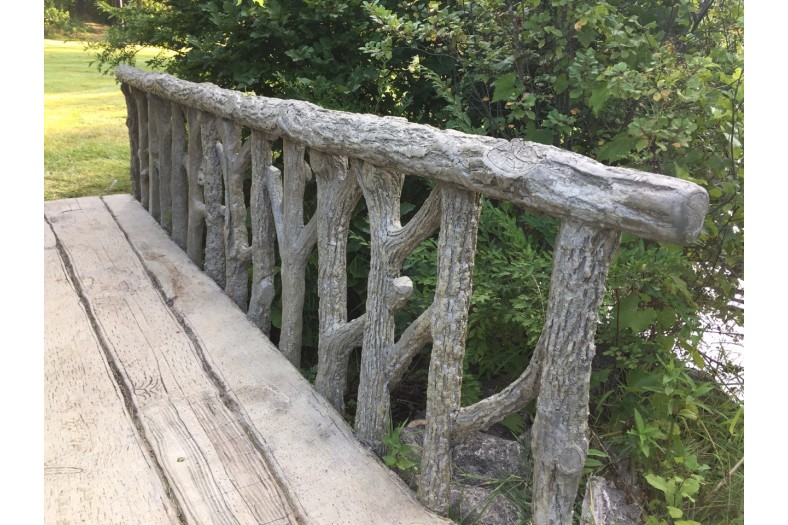 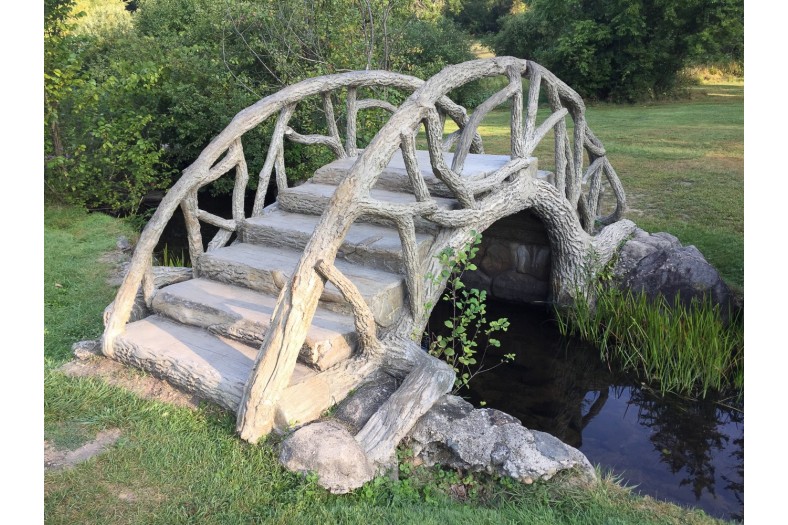 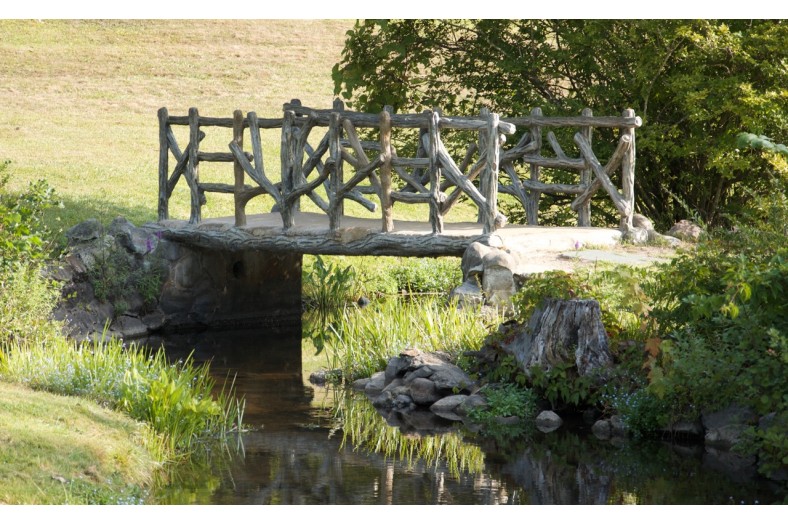 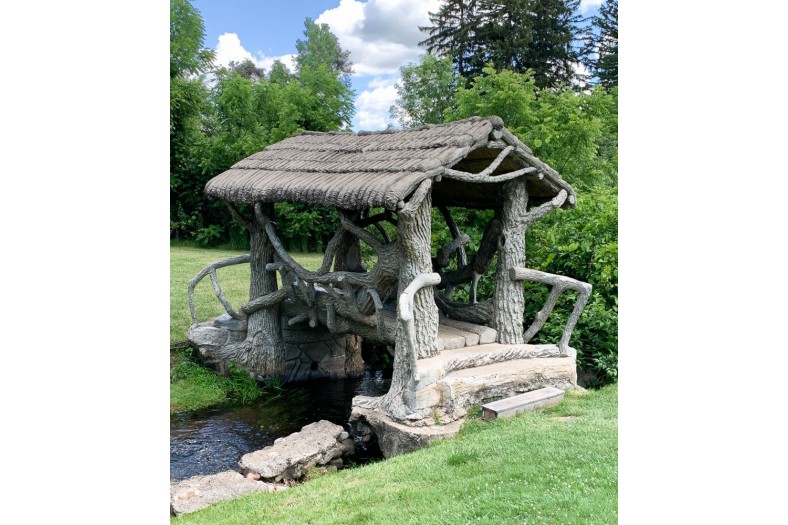 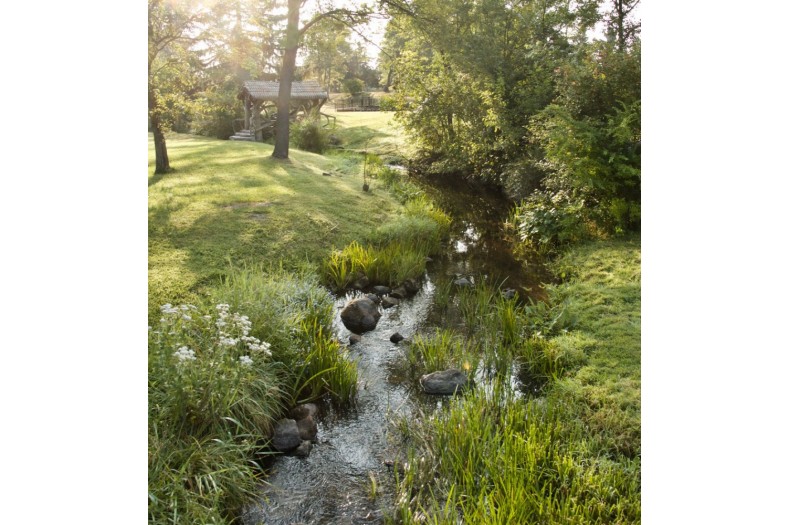 The park is open daily, and entry is free to the public.

McCourtie Park is a peaceful, public art space in Somerset Center, Michigan. It has 17 beautiful concrete bridges sculpted in the 1930s by Mexican immigrant artists Ralph Corona and George Cardoso. The whimsical concrete bridges look as though they are made of logs and branches. Each bridge is unique, and these two artisans showed their creativity, sculpting talents, and a sense of humor.

The property was owned by William H.L. (Herb) McCourtie, a wealthy businessman and philanthropist. He commissioned the bridges to be made of reinforced concrete in the style of faux bois (French for false wood), which was a popular (and now nearly lost) art form that began in France in the mid-1800s. The Mexican version of this artistic tradition is called trabajo rustico (rustic works).

McCourtie encountered some impressive faux bois works at the homes of wealthy Texas industrialists. He then invited artisans Corona and Cardoso, who were living in Texas, to come to his property in Michigan to create the bridges.

Nobody knows exactly why McCourtie wanted 17 concrete bridges to cross a rather small stream, but his eccentricities and riches have funded some of the most beautiful faux bois bridges in the United States.

The park is open daily, and entry is free to the public. There are picnic tables in various places, perfect for enjoying a meal in the tranquility of the 42 pastoral acres.

Narrative by Diane Husson, 2022. To read more of Husson's writing on McCourtie Park as well as her work as a faux bois artist, visit her blog here. 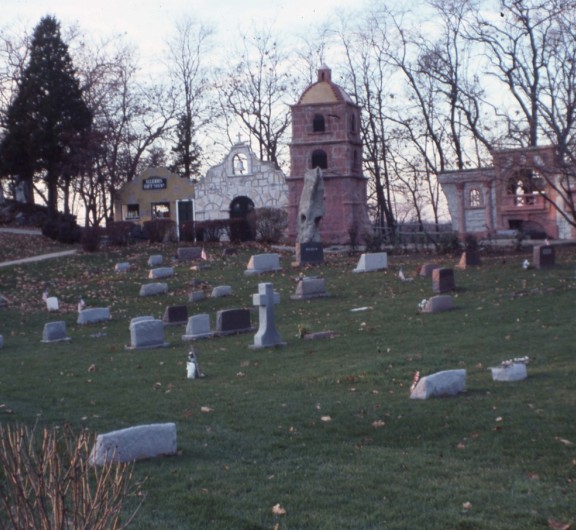 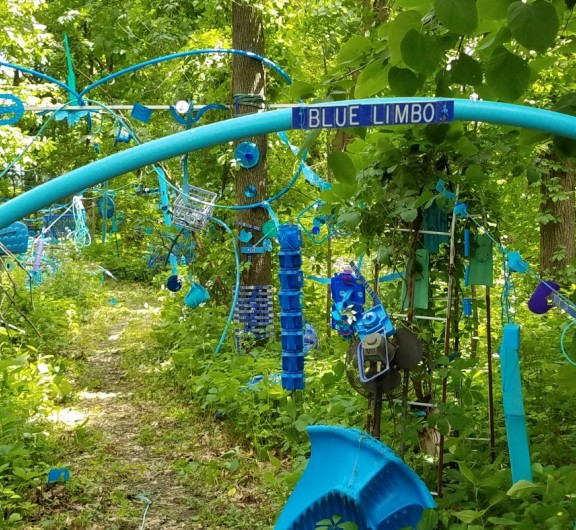 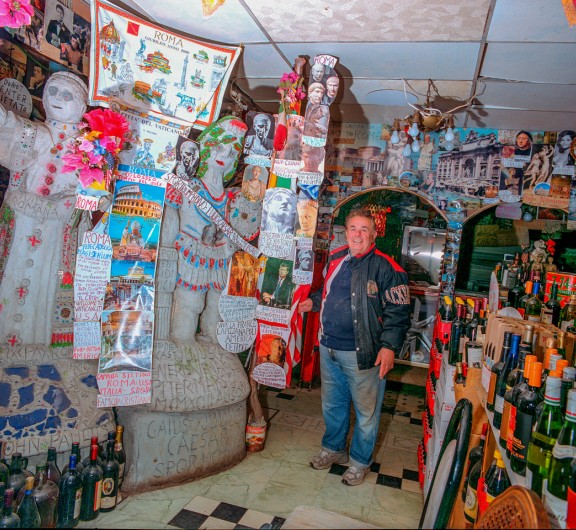 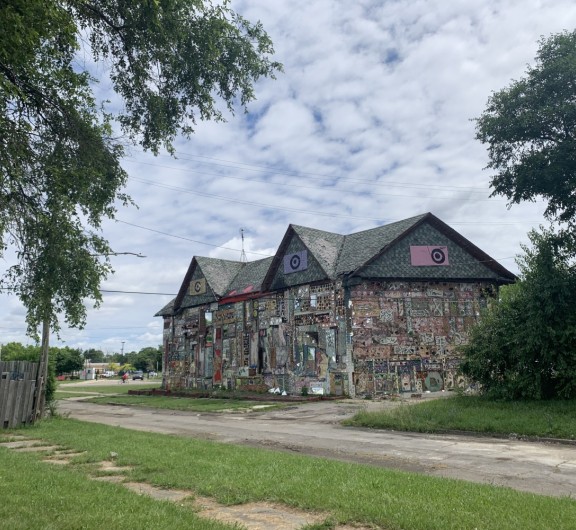 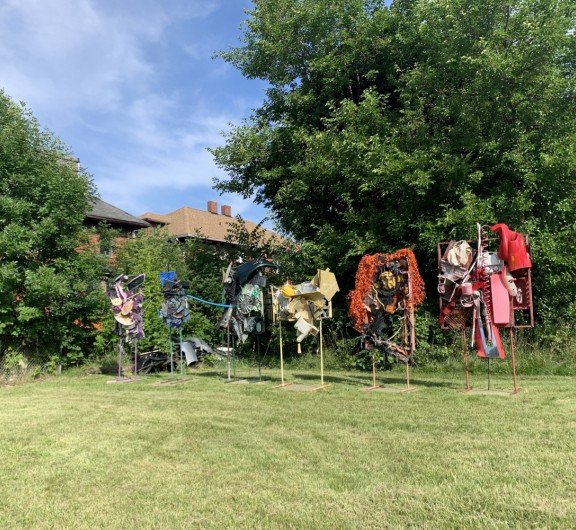 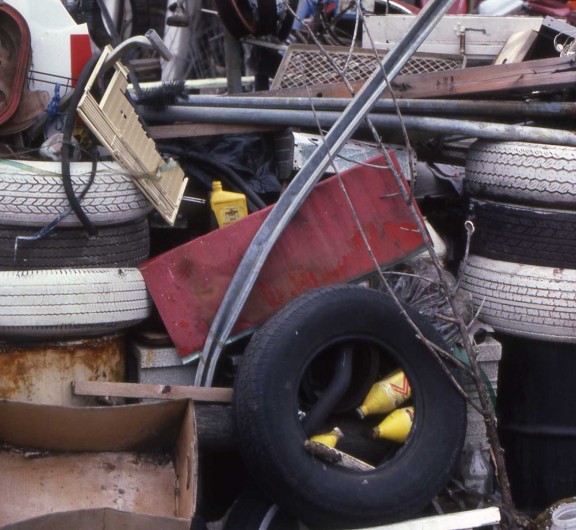