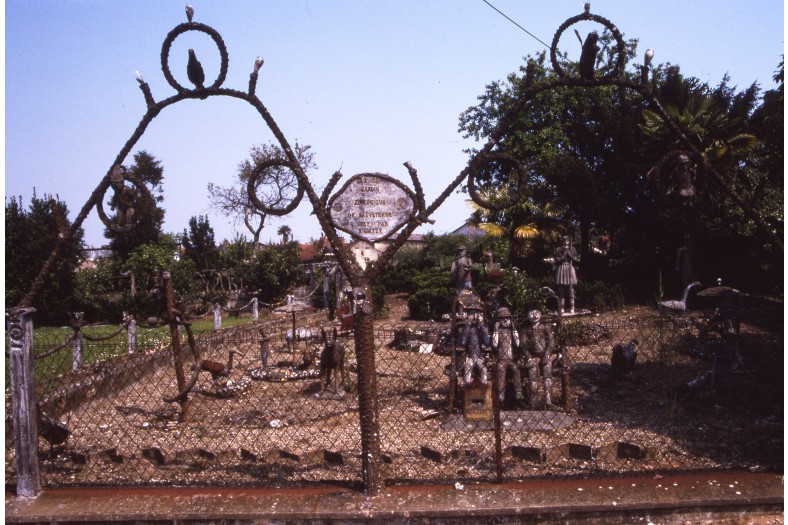 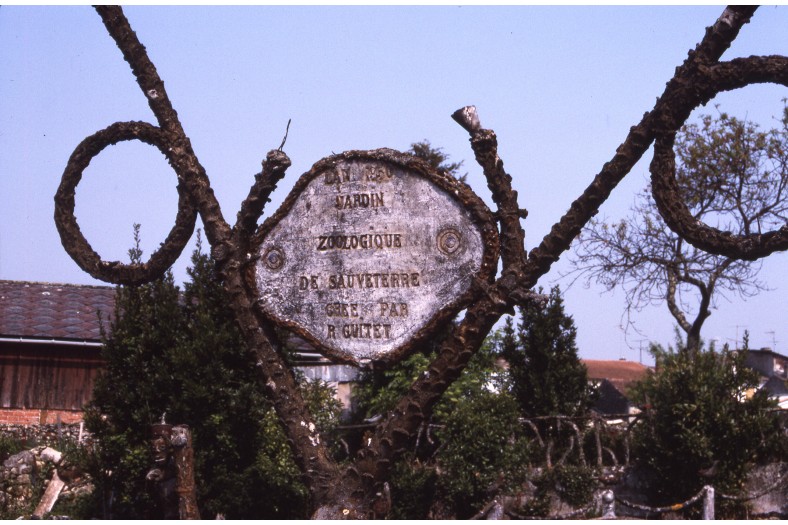 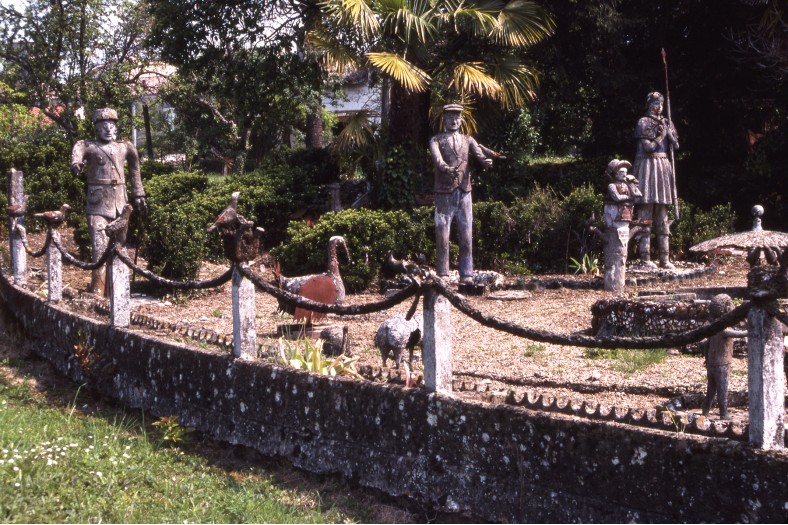 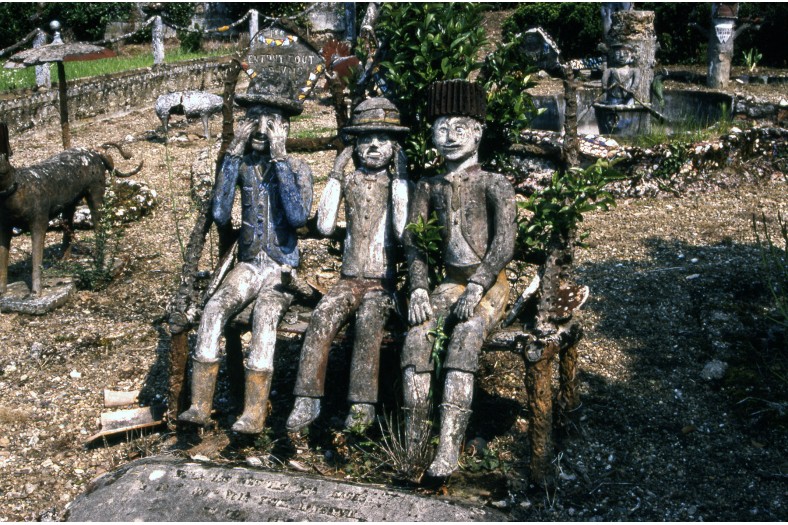 Opened to public circa 1950

In 1950, Raymond Guitet, a former cantonnier (one who worked on the roads), opened his garden full of painted concrete sculptures to the public in the heart of Sauveterre-de-Guyenne, a small town of around 700 inhabitants in the Gironde département, located some 55 kilometers (33 miles) from Bordeaux. Well-landscaped and well-maintained, in the center of the garden was a cement basin where a cement sailor rowed his cement boat. Among the sculptures were numerous animals – a monumental monkey, a snake coiling around a planted tree trunk, a rabbit, a dog, a fox, a pig; domestic fowl – a chicken, a turkey, a goose; and, most compelling, a range of recognizable historic figures, from Jeanne d’Arc to illustrious and well-known contemporary military commanders, but also idealized characters such as a nurse with a patient, a neighbor dressed in typical clothing, and a trio of wise men. The artist himself was also represented, and a concrete bench with elaborate oval back provided rest for visitors. A concrete donations box urged visitors not to forget the artist: “N’oublie pas le créateur.”

While somewhat stocky and naïve in character, not all of the figures stand stiffly, but, rather, reach or stride out, providing greater dynamism in their appearance. Guitet also clearly took pains to personalize each sculpture so that it could be identified and better appreciated; several were mounted on bases that named the individual. Eyes were blue, teeth were white, and lips were red; epaulettes, belts, pockets, hats, and buttons were delineated on the soldiers; texture was utilized to set off the feathered wings or tails of the animals.

While much of the site has degraded over time, and certain sculptures have been lost due to vandalism or negligence, some do remain, providing a glimpse of what the environment might have looked like when it was at its zenith.