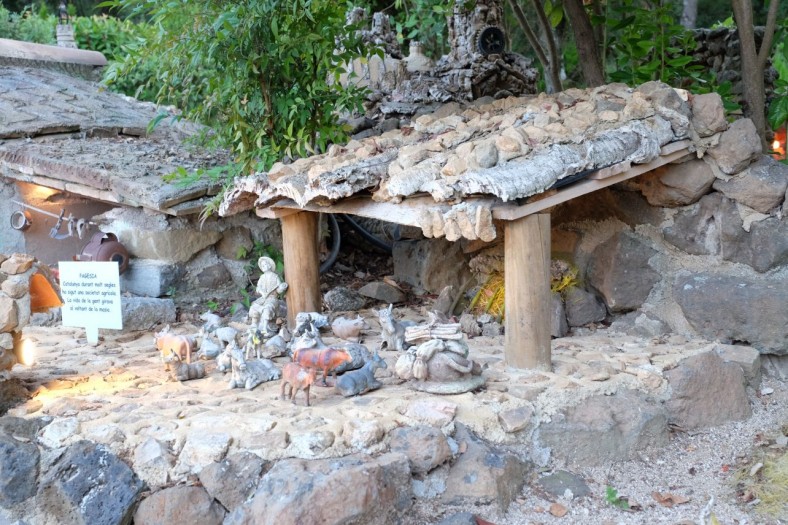 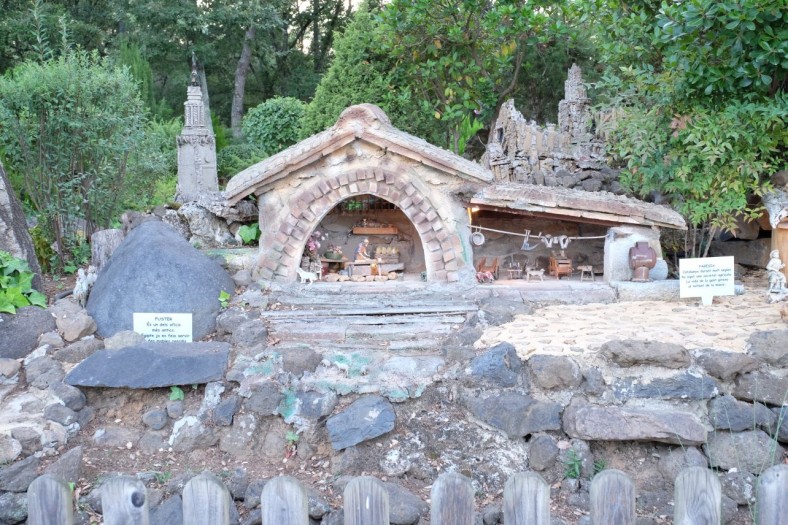 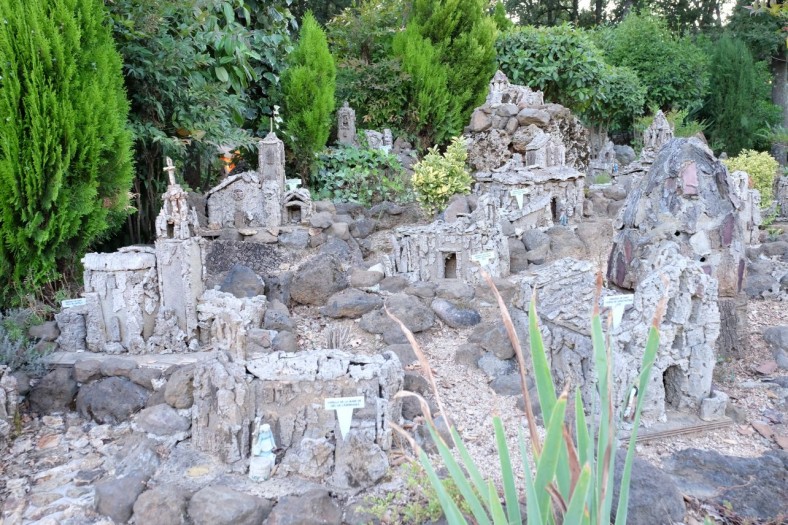 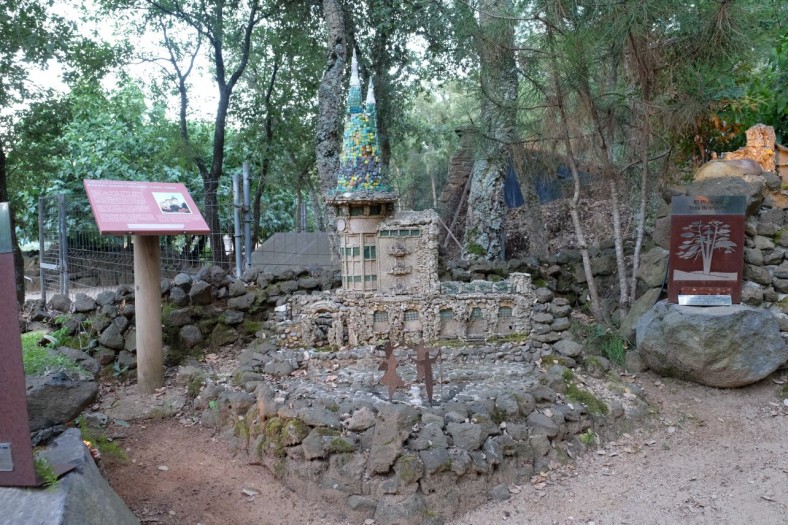 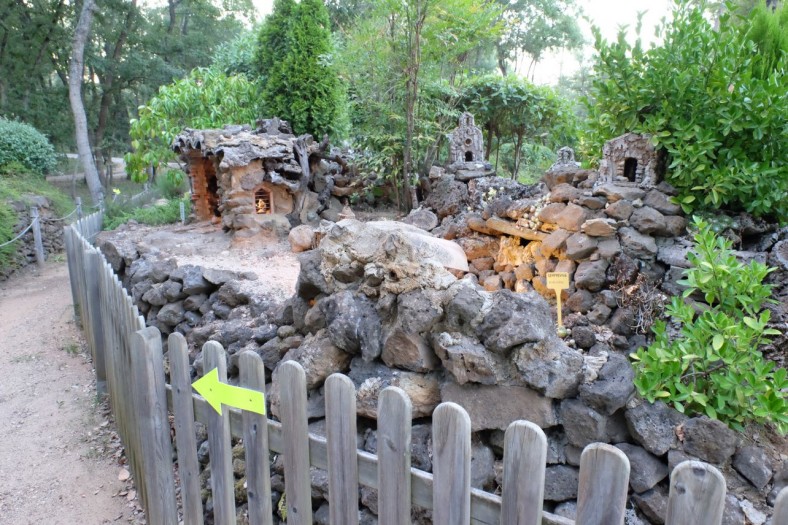 She welcomes visitors, and during the Christmas season may welcome more than 1000 people a day. Contributions to visit are voluntary, except for tour groups, who are charged 2€/person. Parking is easily available on site; large groups are encouraged to call in advance of the visit.﻿

An only child, Remei Mulleras grew up on the family homestead, where her grandfather, her father, she, and, ultimately, her daughter were born. In this cleared stretch of land hacked out of the lush forests of the Val de Llémena just west of the provincial capital of Girona, she went to school locally until the age of 14, and then studied another year to prepare to become a dressmaker. She began working in this field at the age of 15, and by 17 had earned her official title, enabling her to design and make clothing of all kinds. She was careful in her work and creative in her designs, and became quite sought after, particularly for her wedding dresses, all stitched by hand and each one unique.

But the tedious work of sewing ultimately took its toll, and her doctor advised her to stop working – after 35 years of labor – if she wanted her health to improve. Depressed, she finished her last wedding gown, a particularly special work; the bride’s father was so impressed that he gave her a large tip, and she decided to use this money to mount some bridal bouquets on boards or canvas, and displayed them in a restaurant in which her daughter worked. They were well received by the public and sold well, providing her with the funds to continue to work further in this new medium.

Mulleras had also been interested in making pessesbres – a representation of the birth of the Christ child in miniature that has become a tradition all over Spain (in areas other than Catalunya these miniature representations of the divine birth are known as belenes). Hers were widely successful, and she continuously took first prize in the competitions that the local government sponsored each December. Encouraged by this success, she decided that she would set aside an area in the grounds near her home to create other miniatures – this time, representations of all of the churches in the Val de Llémena. She began this project in 2000, building up a series of forty small churches, all made out of cork. There are cork trees on her property, and every ten years it is possible to peel away the outer bark for a variety of uses.

The initial constructions measured some 150 square meters (around 1614 square feet). But after she completed this project, she began to branch out, getting a map of Catalunya and deciding to represent each area in the increasingly large space that she allocated to her constructions. She decided to include the different stages of the story of the birth of the Christ child, but also wanted to honor the traditional vocations of Catalans, including carpenters, shoemakers, potters, bakers, cart makers, lace makers, and more. She also wanted to honor the “geniuses” of Catalunya: artists, writers, architects and others who had become universally-known for their innovation and creativity. Homages to the artists Salvador Dalí and Joan Miró, the architect Antoni Gaudí, the writer Josep Pla, the chefs of the Cellar de Can Roca, and more, are included in a separate section of the grounds.

At this writing, Mulleras has completed 104 different scenes. The churches and architectural structures she makes herself out of cork, building them on a base of plywood in her nearby studio and then moving them the few meters to the site. The miniature scenes of the vocations, however, are more complicated: she designs them using a base of Styrofoam, and then an assistant builds around this model on site, with bricks and mortar, to her specifications. She uses recycled materials whenever possible, adding little figures that she buys from a company in Murcia to illustrate the various tasks.

Mulleras has received a significant amount of attention for her work; although it is typically advertised as a display of pessesbres, the reality is that it has become much, much more. Celebrating the creativity of the artists and thinkers of Catalunya as well as the hands-on tradition upon which current society has built, she has created an elaborate world, in miniature, that encapsulates both past and present. She welcomes visitors, and during the Christmas season may welcome more than 1000 people a day. Contributions to visit are voluntary, except for tour groups, who are charged 2€/person. Parking is easily available on site; large groups are encouraged to call in advance of the visit. 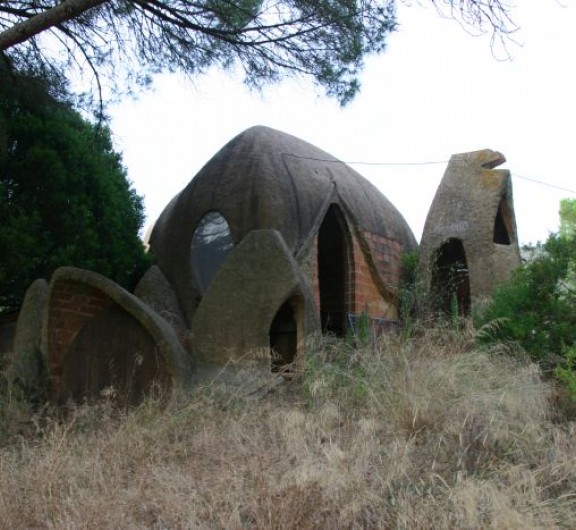 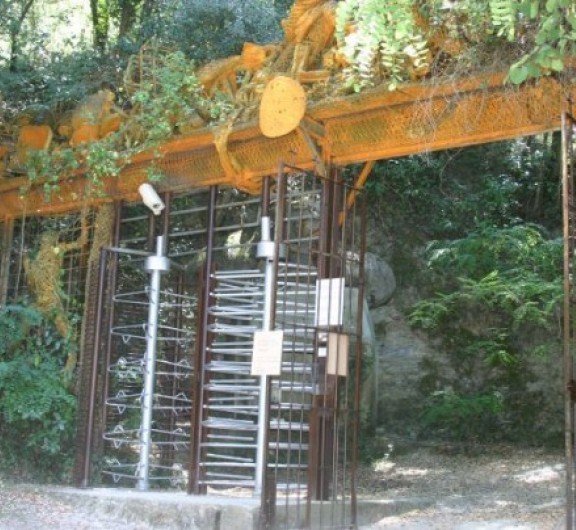 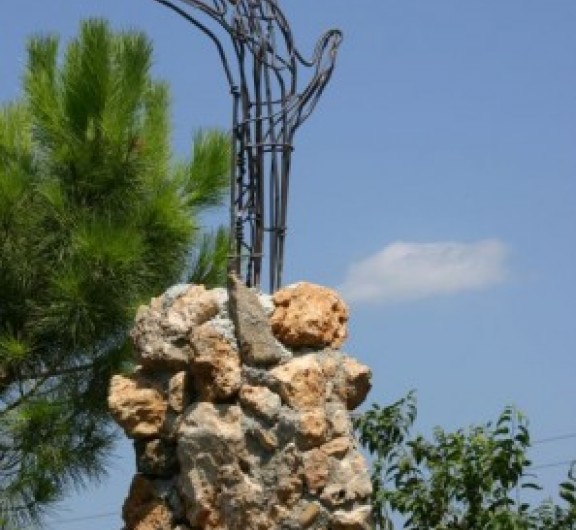 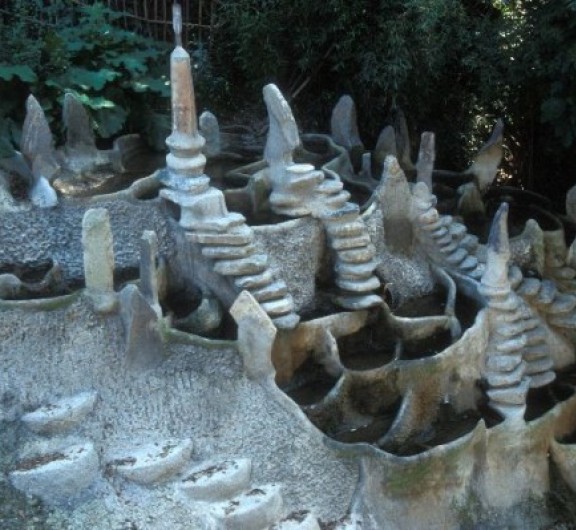 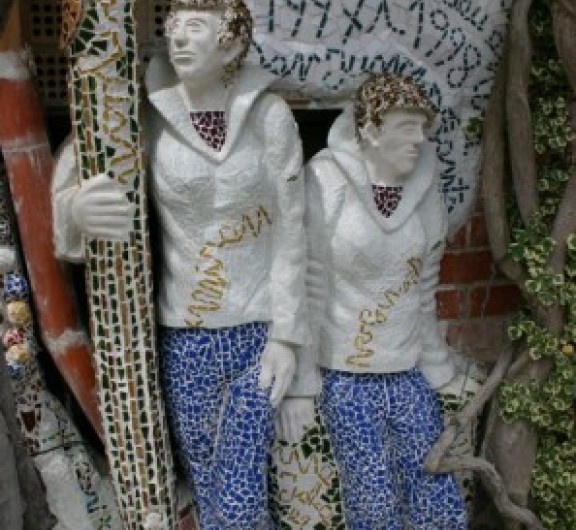