René Escaffre was a fifth generation mason; his son, the sixth generation, carries on the family’s vocation. It was not until he retired, at the age of sixty, that he began to sculpt: he built on an infrastructure of chicken wire, then covering the sculptures with a cement mortar. The majority of the works depict the world that he saw around him in the village of Roumens; it looks as if the inhabitants of the village all came to visit him in the garden in front of his house. Immortalized in cement, they are frozen in time, everyone in an unchanging state, but in the state in which Escaffre remembered them: all for the best in the best of all possible worlds.

A mason with a trowel in his hand (perhaps a self-portrait?) builds a brick wall. A spinner spins cotton thread, the goose girl cheerfully stuffs her geese, the blacksmith forges steel, and the postman hands a letter to a little girl who plays with a hoop. A retired couple sits on a bench under a tree: she knits while he just sits and watches time pass. The farmer plows with his oxen, a cow feeds her calf, and the miller tries to move his donkey forward. A farmer and his wife go to the market to sell a goat and a duck in a basket. One woman draws water from a well, another washes her clothes, and a third cooks a meal in a pot. And the shepherd, hat on head and accompanied by his dog, oversees all the villagers.

Outside of the area that Escaffre reserved for the world of olden days, but still in front of the family home, the artist branched out to more exotic figures than those that would be typically seen in a French village. Beyond the life-sized buck and doe is a lion with an almost sinister air and a baby giraffe which, according to Mrs. Escaffre, is true to scale. To the side is a little elephant that seems a bit lost.

Leaning against the house a beautiful topless mermaid, one hand raised to the sky and the other placed on a parchment, imparts a touch of mystery to the scene. Escaffre’s son added heart-shaped nipples to enhance her display.

Since his father’s death, the younger Escaffre not only adds to the sculpture garden in small ways (as with the mermaid), but also maintains the works, adding new chicken wire and cement as needed, and repainting them regularly. The work is easily viewable in the center of the village, in the garden in front of the Escaffre home.

The work is easily viewable in the center of the village, in the garden in front of the Escaffre home.﻿ 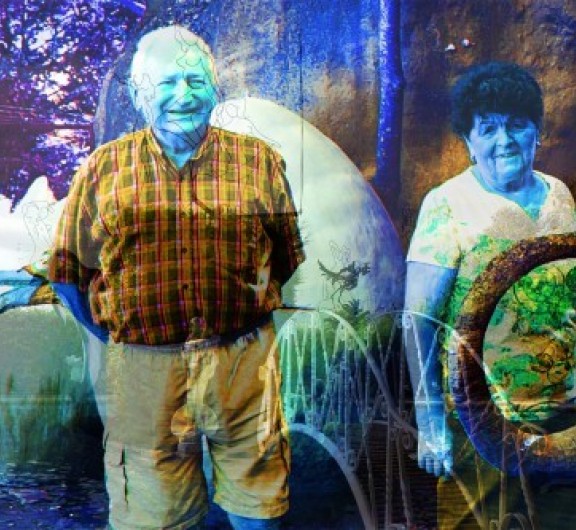 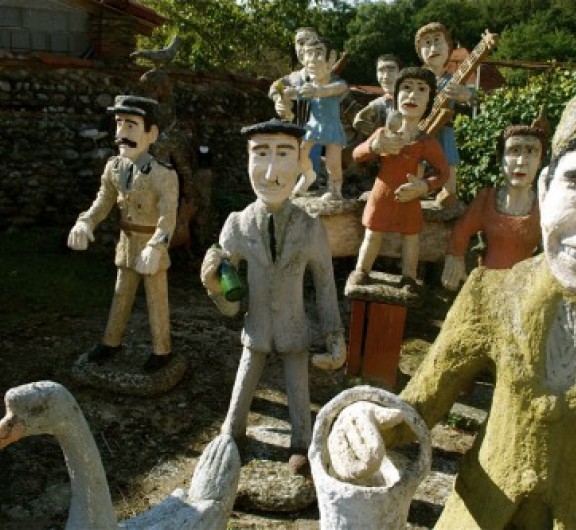 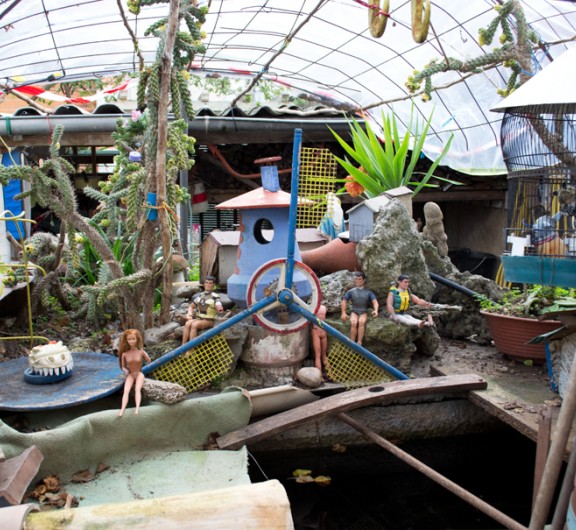 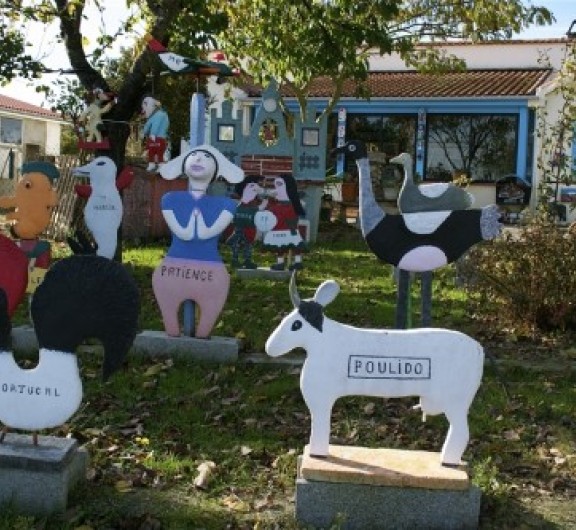 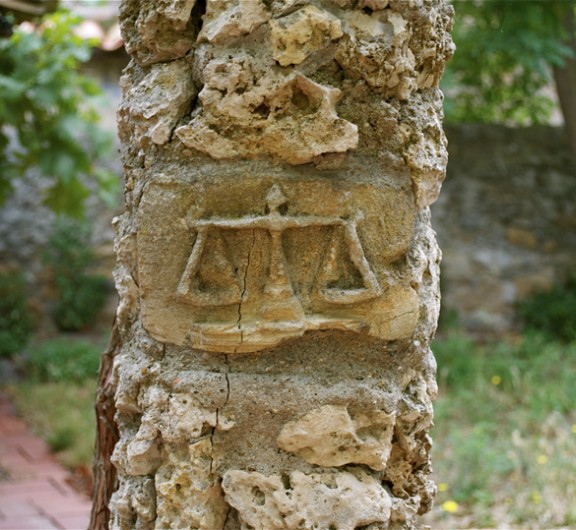