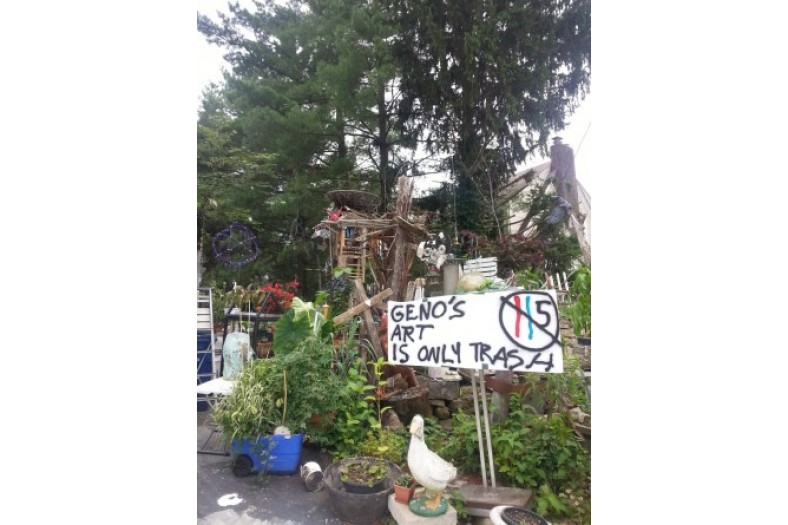 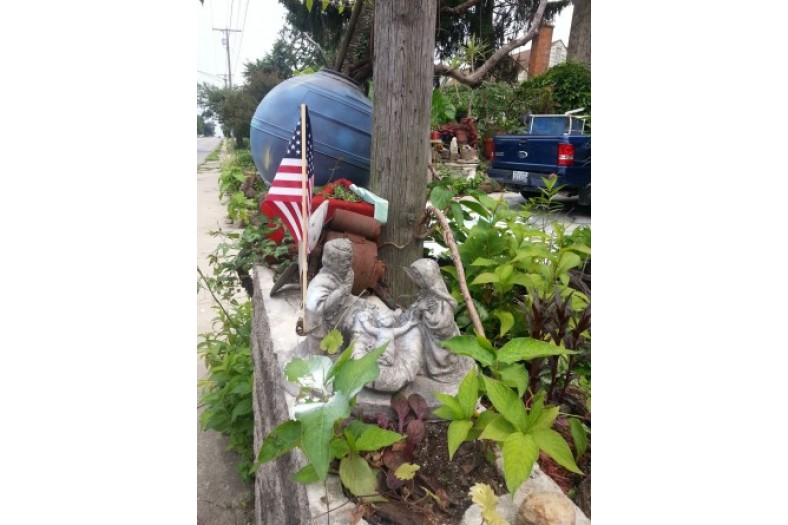 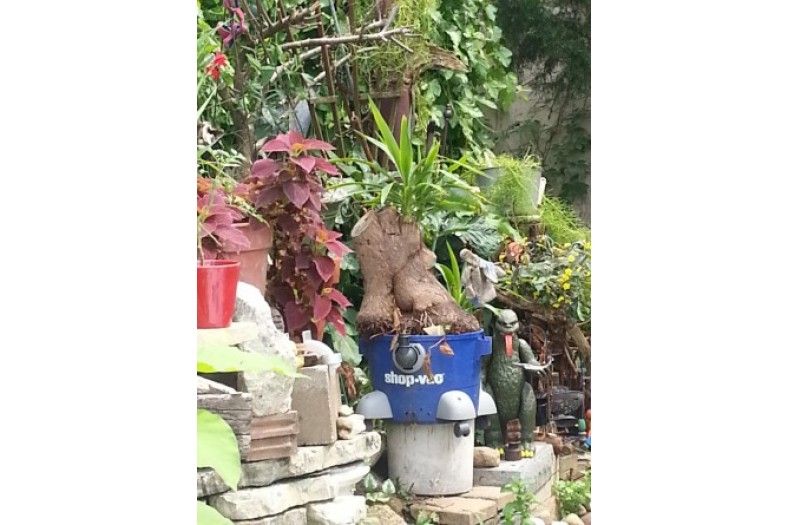 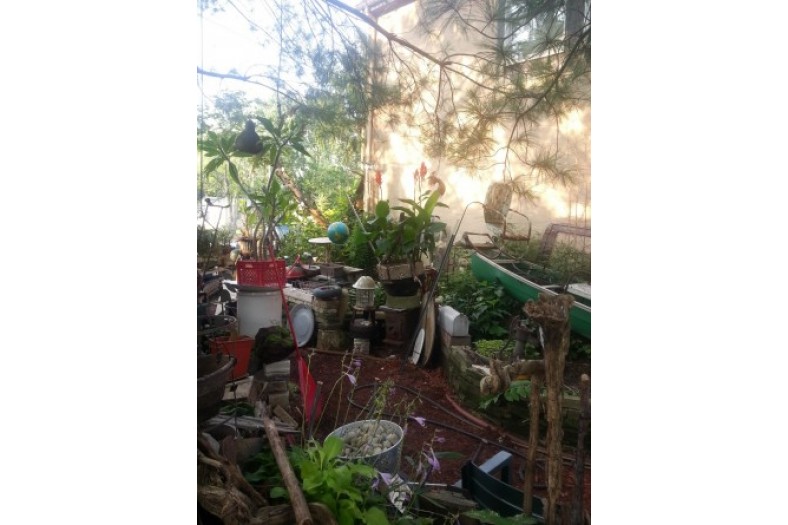 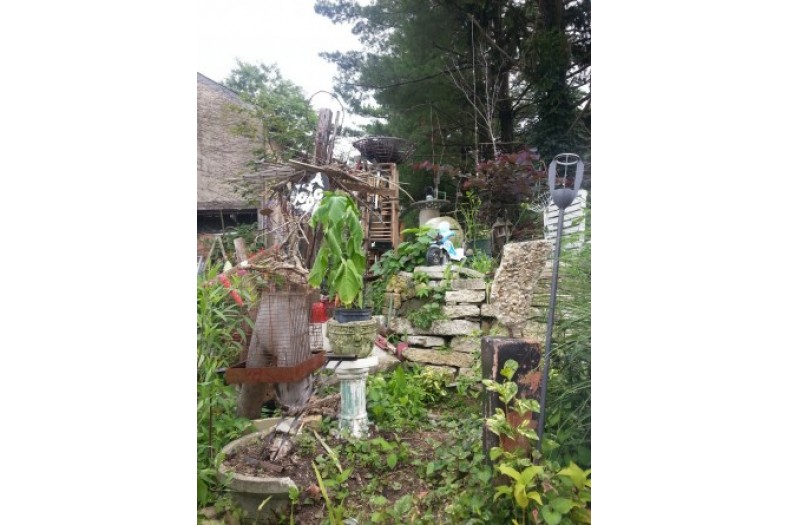 After Centofanti's death in 2019, the family began dismantling the site.

For more than twenty years, Centofanti, popularly known as Geno, arranged all manner of recycled found and fabricated objects in the yard around his Columbus home. Many of the objects served as planters or were visually complementary to a variety of plants, vegetables, and flowers. However, in 1998, he was sued in an environmental court case by the City of Columbus, OH, accused of violating zoning and health codes as a result of what the city maintained was an accumulation of trash on his property. “This is my art,” Centofanti pleaded in court. The case dragged on for six years, during which time the artist was jailed twice, fined $100 a day, and mandated to remove his assemblages, posters, and all other yard art. In 2001 a SWAT team forced entry after a six-hour standoff in order to bring Centofanti in for a psychiatric evaluation although it was not clear what – if any – professional opinion had instigated that radical court-ordered move. Then, in November 2003, forty truckloads of found and fabricated objects, as well as wood scraps, decrepit lawn furniture, and other miscellany was taken to the dump. In December 2004, the issue was theoretically resolved with an agreement for the city to rescind almost $170,000 in fines against him if he would sell his house and move.

But Centofanti did not abide by the terms of the agreement, and, in fact, he began again to install a variety of works in a variety of media in his yard. In 2014, another forced cleanup of the property was attempted. A reclusive man, he has not spoken publicly, although he has posted signs on his property voicing his opinion of the city’s crusade against him, including the iconic “We are NOT free.” Centofanti’s lawyer, Gordon Shuler, commented, “He’s a gardener, he’s an artist, and what he does is accumulate many items of art. He can go through the whole yard and tell you what he’s going to do with the objects” (quoted in Gray, Columbus Dispatch, July 9, 2015). 574 neighbors and supporters signed a petition urging that a compromise between the artist and the City be reached.

Ultimately, an agreement was reached, and Centofanti remains on-site, continuing to create and construct a variety of works in a variety of found and natural media. Much of the work is visible from the street, although, as a private residence, interior visits are not permitted.

Update: Centofanti passed away on October 16, 2019. According to a Columbus Dispatch article, the family began dismantling the site in December of that year. 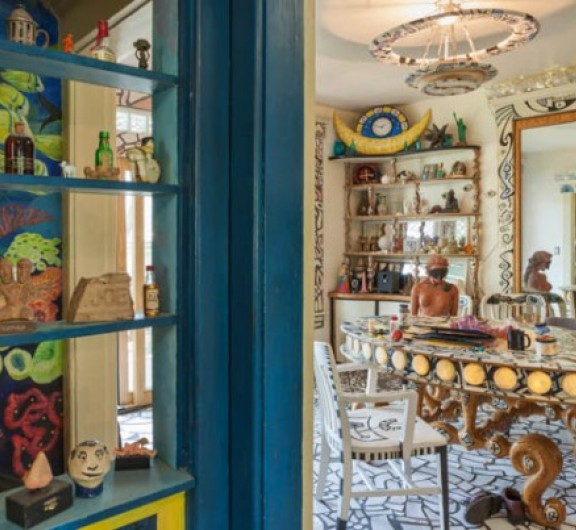 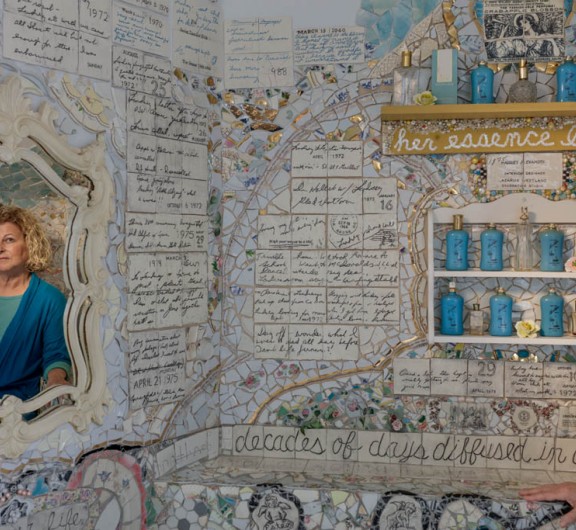 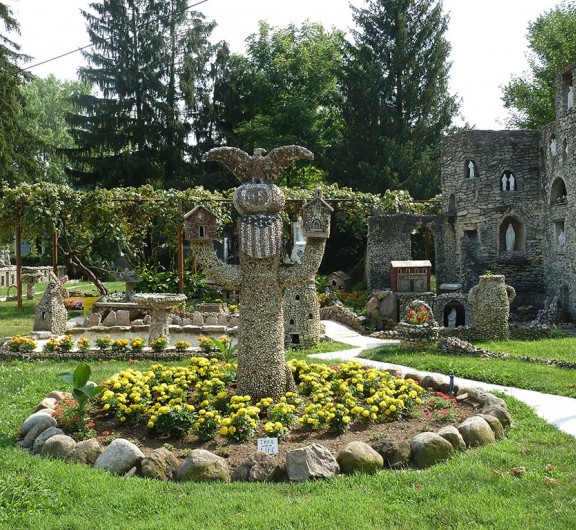 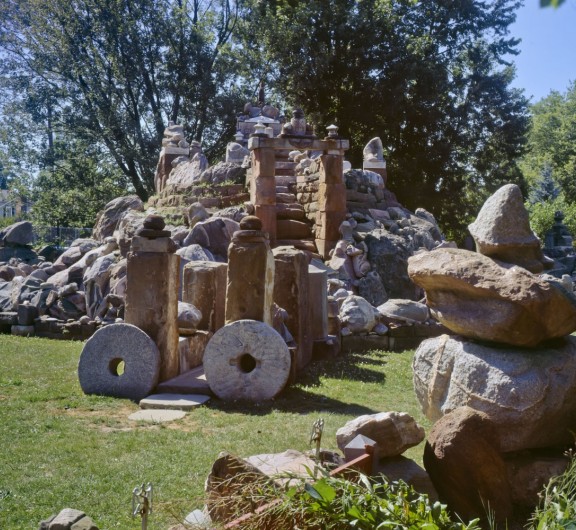