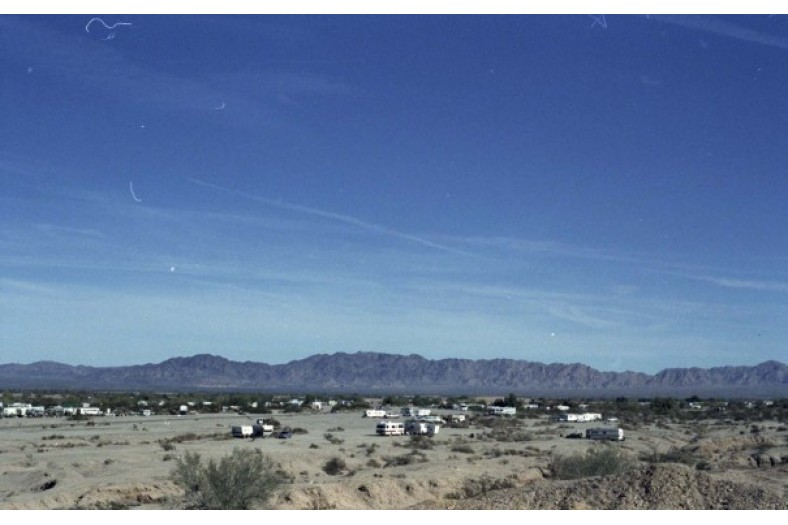 Used with permission of the photographer, Brett Hanover﻿ 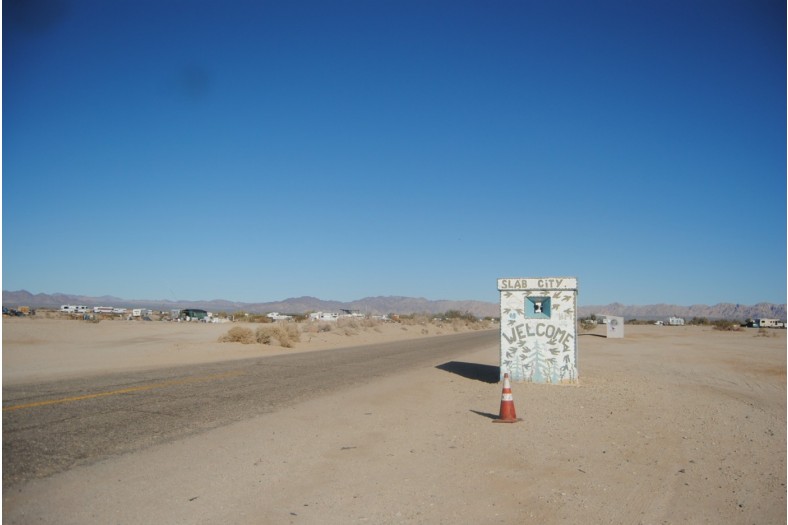 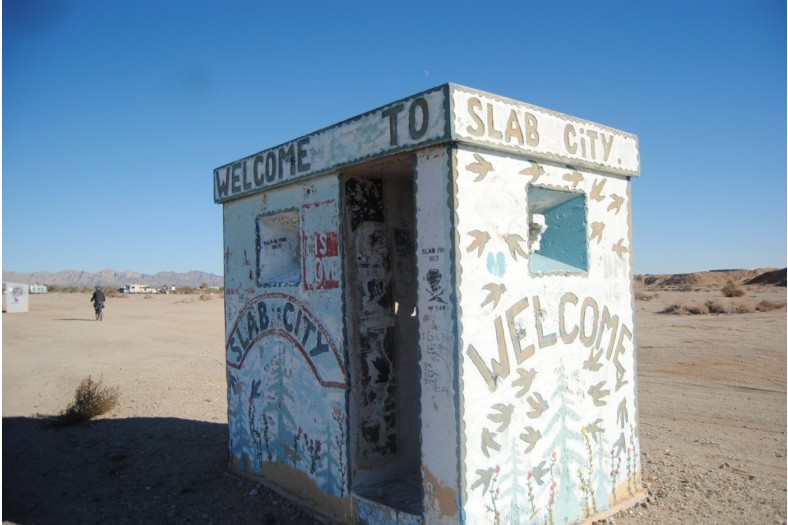 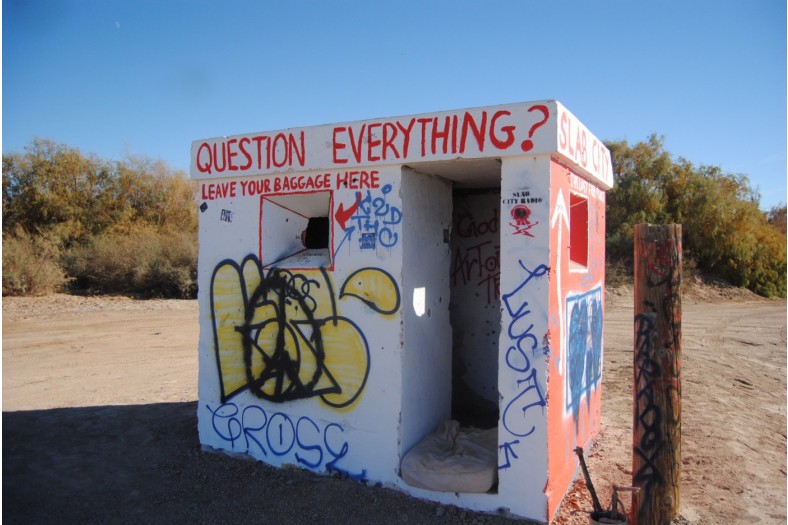 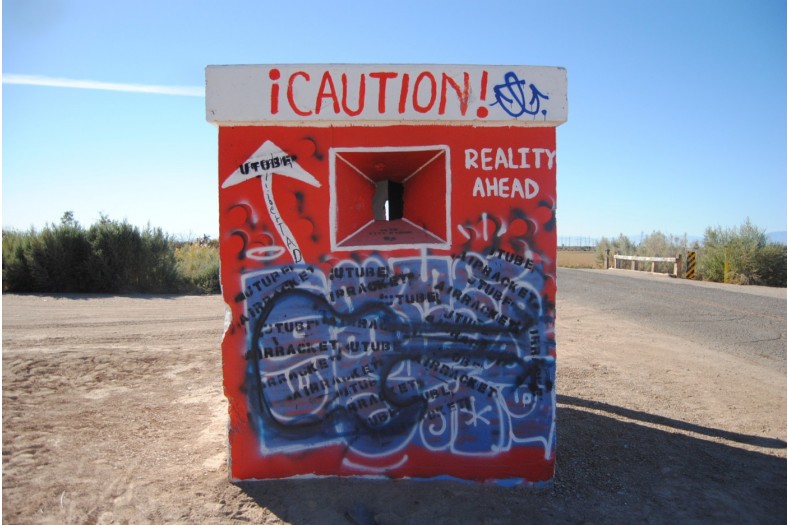 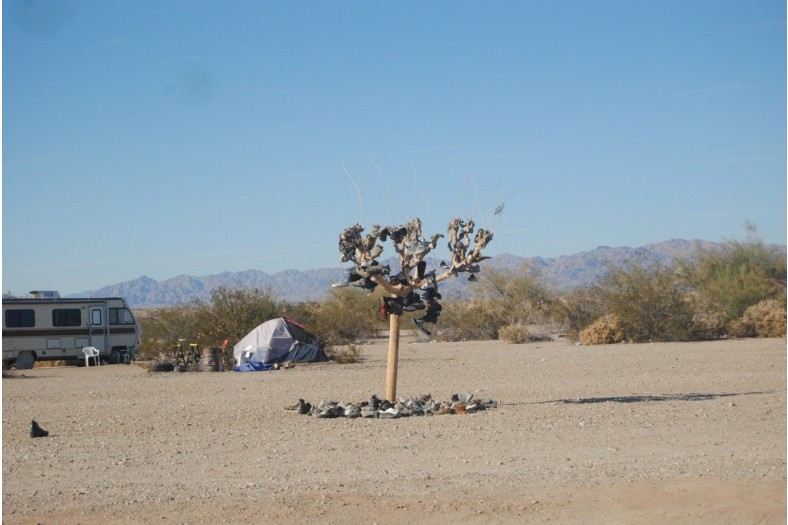 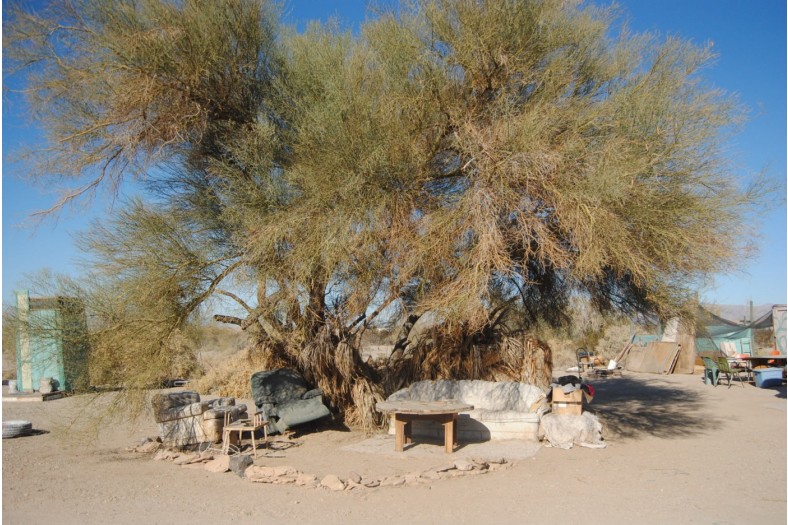 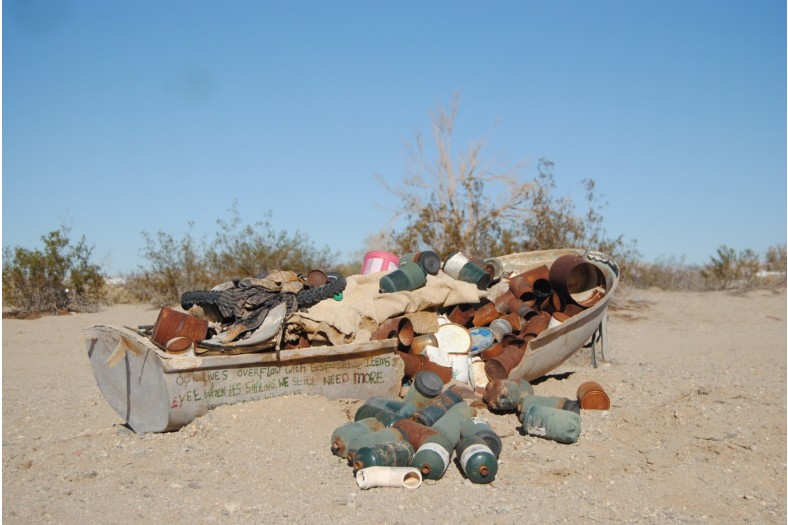 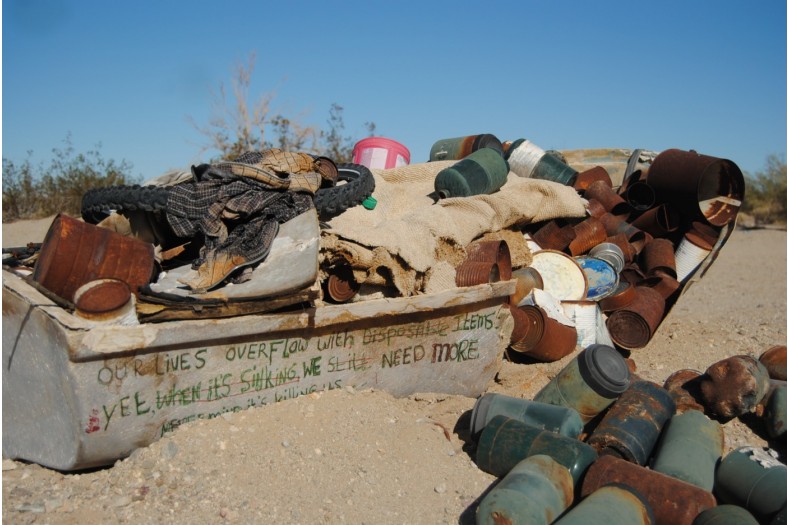 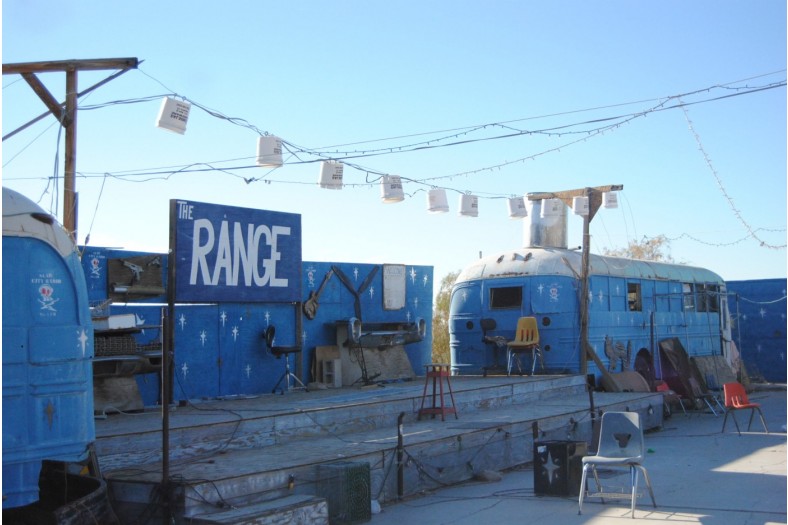 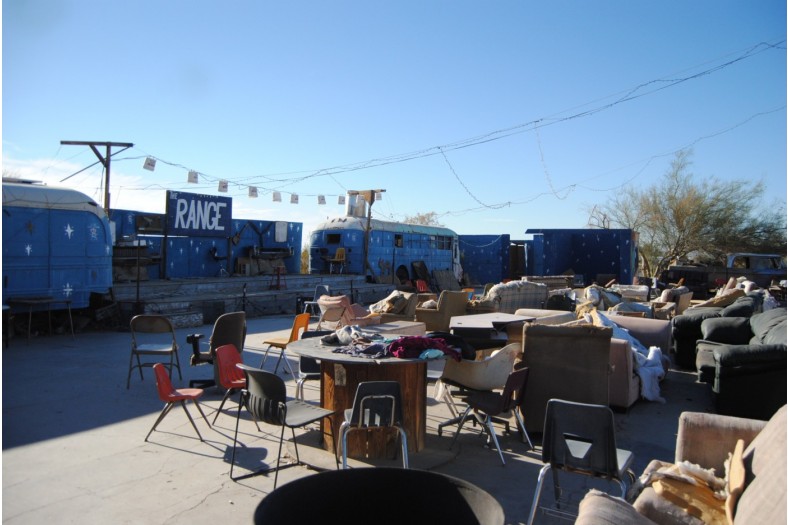 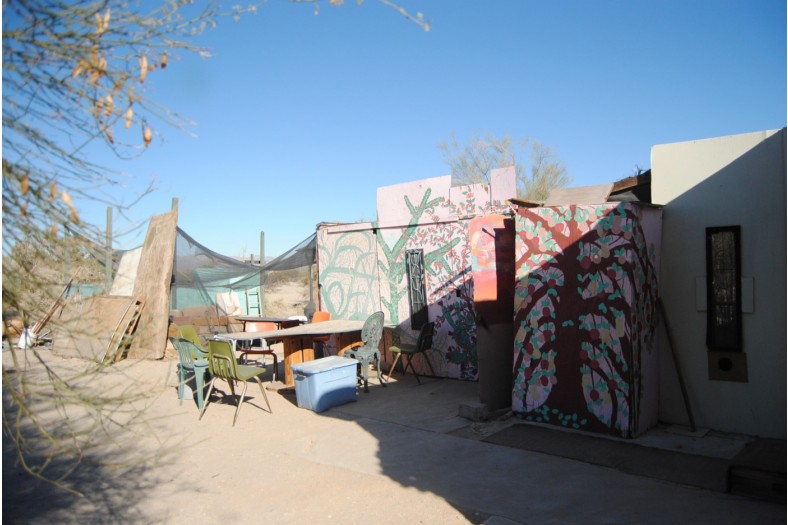 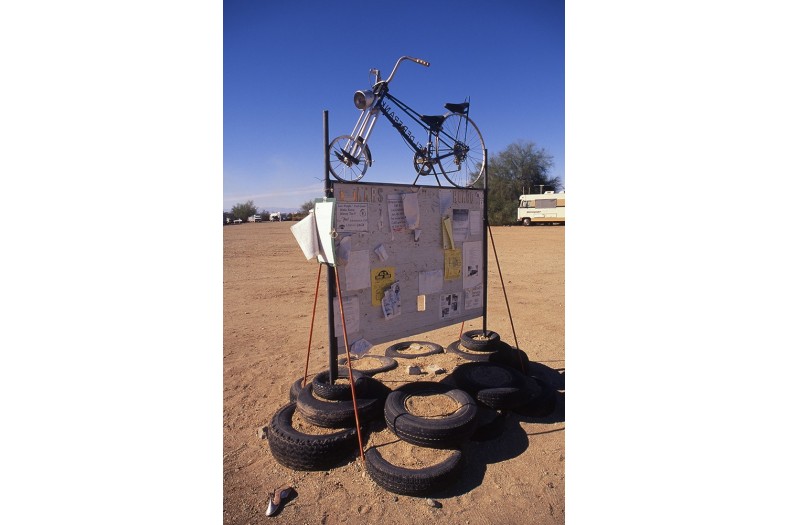 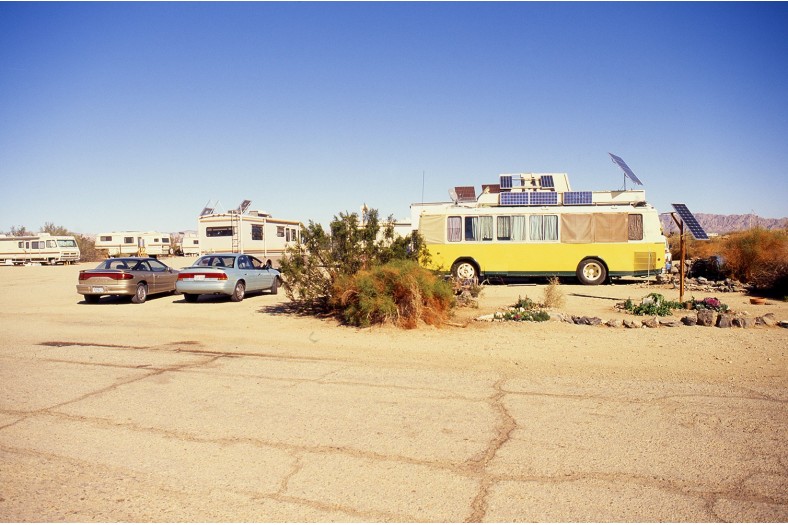 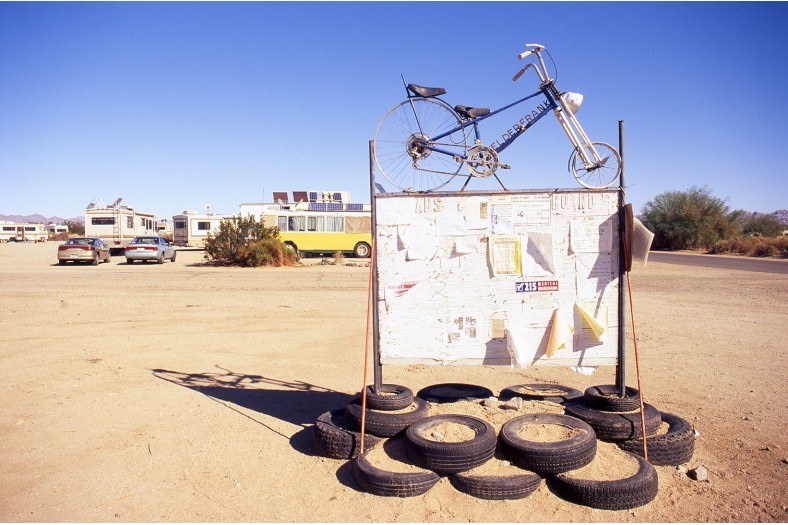 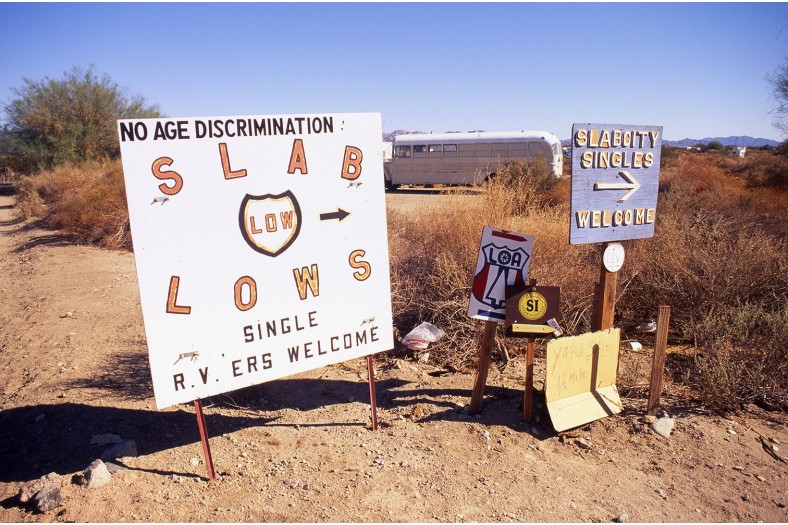 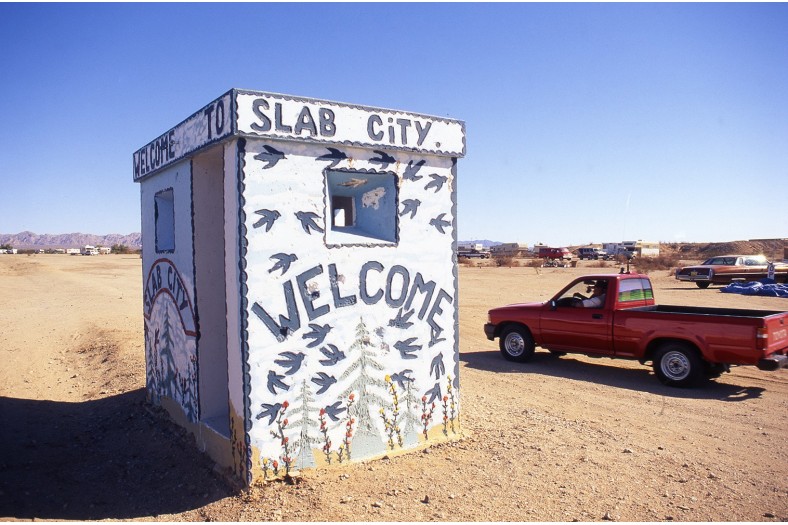 Visitors are able to drive through Slab City but are encouraged to be respectful of "Slabbers" and their private residences.

I was looking for Salvation Mountain but ended up finding Jesus…at least East Jesus. Way out in a forsaken, though not godforsaken, corner of America, is an enclave of off-the-grid visionaries living around the pre-apocalyptic waters of the Salton Sea. The Salton Sea is its own idiosyncratic environment of sorts, a Disney-esque dream of a planned community gone awry.

The Salton Sea came into being when engineers put unprotected breaks in the Colorado River so more water could flow to the Imperial Valley for farming, but then the river flooded and all the water ended up at the bottom of the valley. Back in the 1950s entrepreneurs tried to capitalize on this engineering mistake by making the sea a tourist destination, like a new Palm Springs, and thousands of people moved to the region.  Over the years, as the water evaporated and what was left became increasingly salty, the fish started dying off by the millions, and this entrepreneurial dream became more like a cesspool of bacteria.

The sea looks beautiful from afar, until you’re shocked out of your deception by the incongruent smell of decay and swarming flies hovering over it like a rotting maritime corpse. The area is now nearly desolate: only defaced and gutted empty buildings, remnants of its former existence, line the highway.  A few surreal trailer parks remain perched along the water’s edges, surrounded by palm trees and sailing boats, with residents sunbathing in chaise lounge chairs and drinking highballs as if they’re in Miami.

With no intervention, the desert will eventually reclaim the sea.  It is said that when this happens, there will be alkaline dust storms that will leave the region uninhabitable.

Sitting precariously on the outskirts of this impending environmental catastrophe is Slab City – a community that both terrifies and excites its visitors with the anarchic fears and desires of destruction and rebirth. (Slab City is also located across the road from Leonard Knight’s Salvation Mountain.)

Named after concrete slabs laid down by the United States Marine Corps in the 1940s for a housing development that never materialized, Slab City is described as “the last free place,” one of the only places in America where one can live for free, albeit with no water, electricity, trash collection, or sewage facilities.  The site no longer houses marines but instead attracts some relatively middle-class snowbirds from the Northern states and Canada who camp there in plush trailers in the winter months, as well as providing a refuge for artists, musicians, writers, survivalists, squatters, tweakers, recovering addicts, and the chronically unemployed.  All are eking out a life in the desert by utilizing energy from generators and solar power, burying their trash and sewage in the ground, and bathing in the nearby hot springs.

At the heart of the arts community in Slab City is the sculpture garden of the late Charles Stephen Russell, a place he called East Jesus.  East Jesus functions like a permanent space for Burning Man installations, the presiding theme being the transformation of trash and discarded materials.  Although Russell passed away in 2011, the East Jesus vision lives on in the works of successors –  carrying on what Russell started with ongoing sculpture installations and biospheric projects for sustainable living.

Around the corner from the sculpture garden is a ramshackle music venue named The Range by founder Builder Bill because it’s “halfway between home on the range and the United States Navy Ariel Gunnery Range,” which is located in the Chocolate Mountains overlooking Slab City. Much like East Jesus, The Range is constructed almost entirely of repurposed junk - hubcaps decorate the perimeters of the stage and old bus seats and dilapidated couches provide audience comfort.  The Saturday night talent show “Live Music Under the Stars” continues to be a weekly staple. 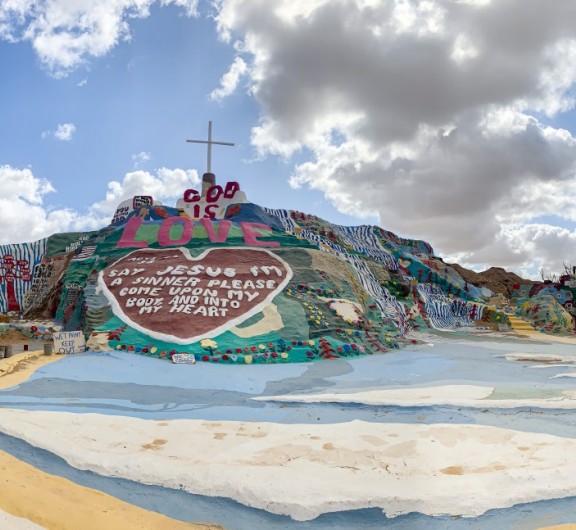 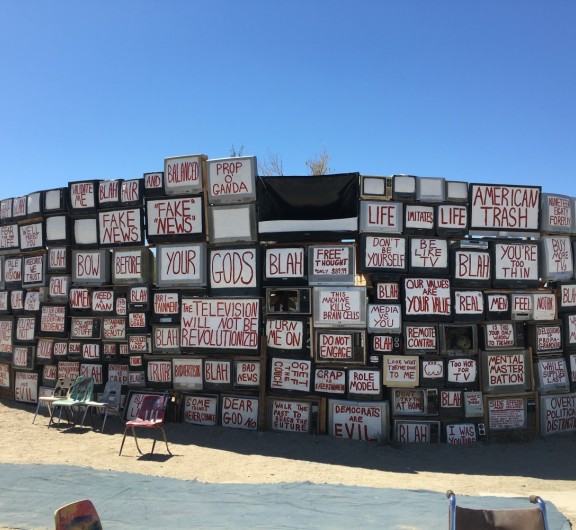 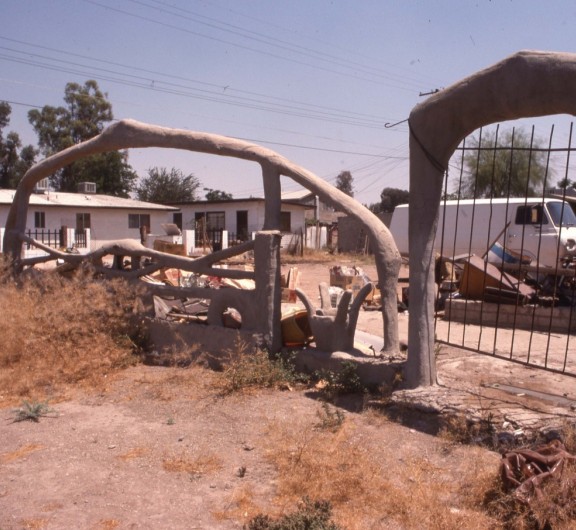 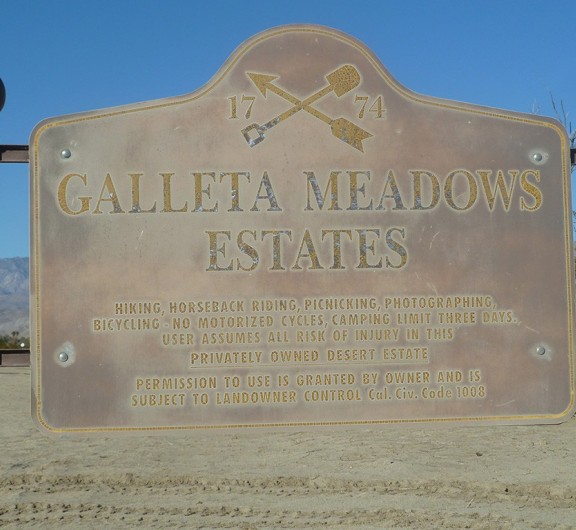 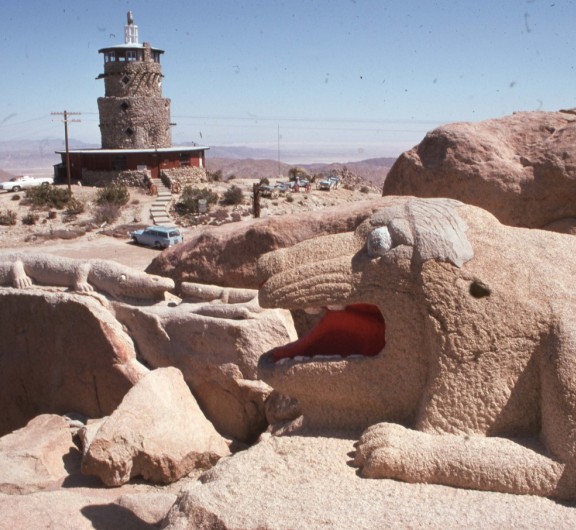