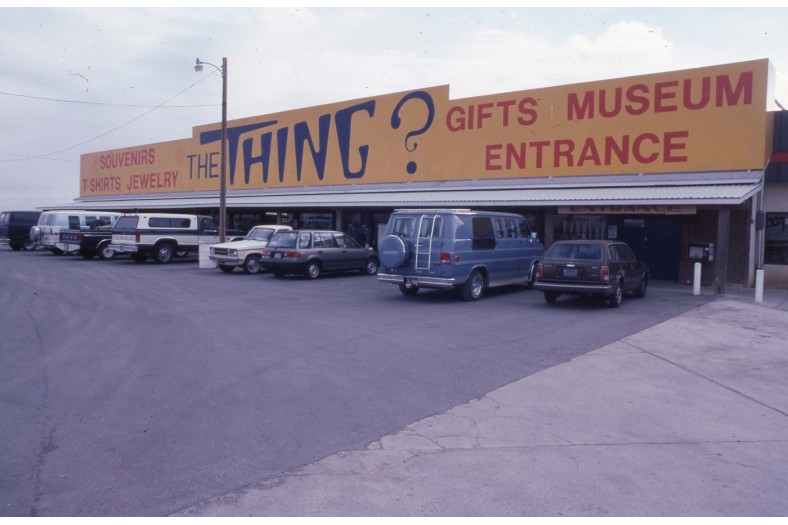 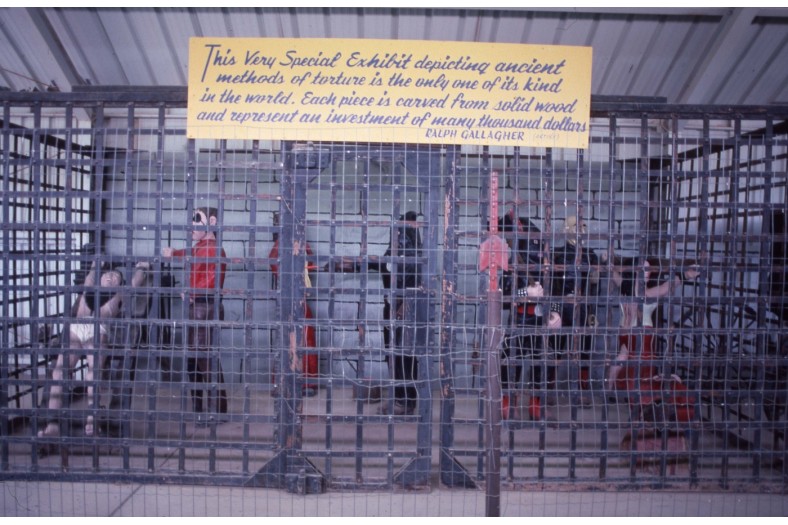 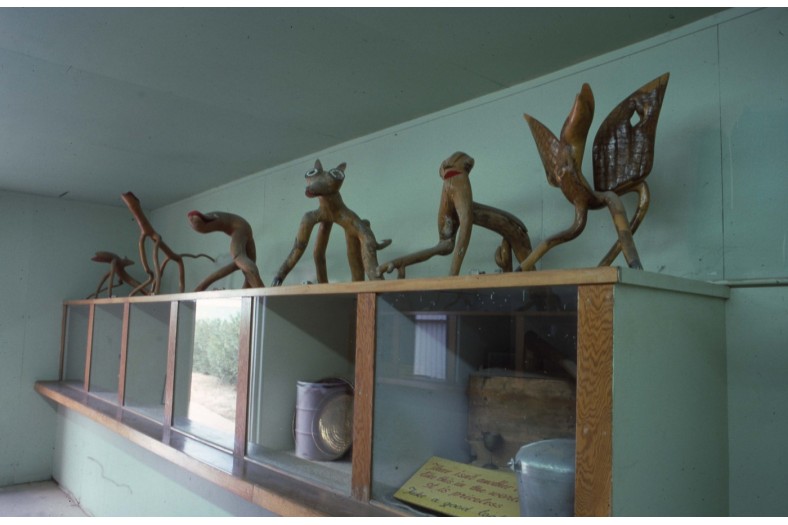 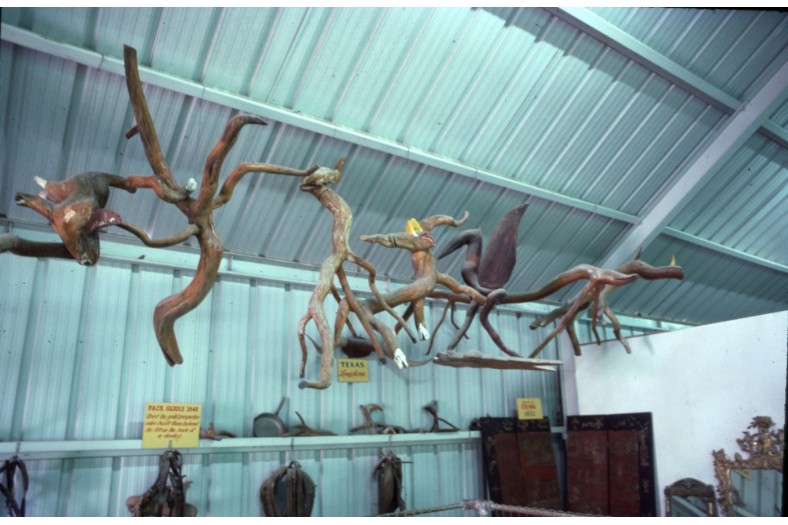 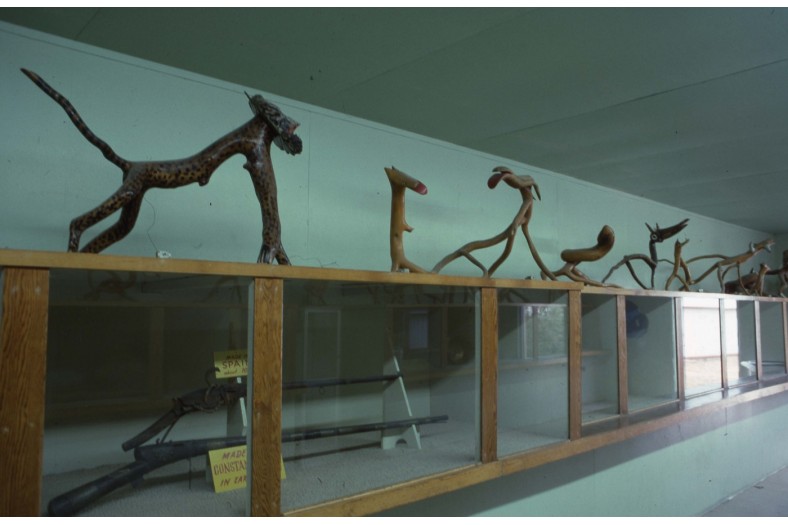 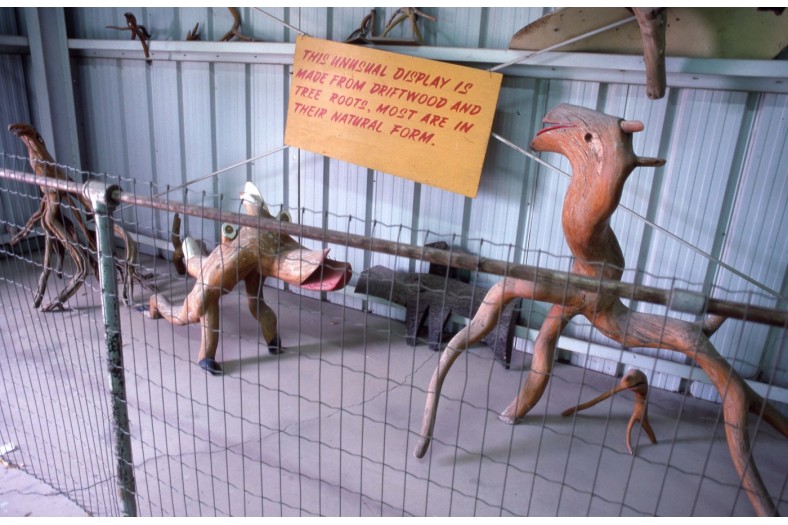 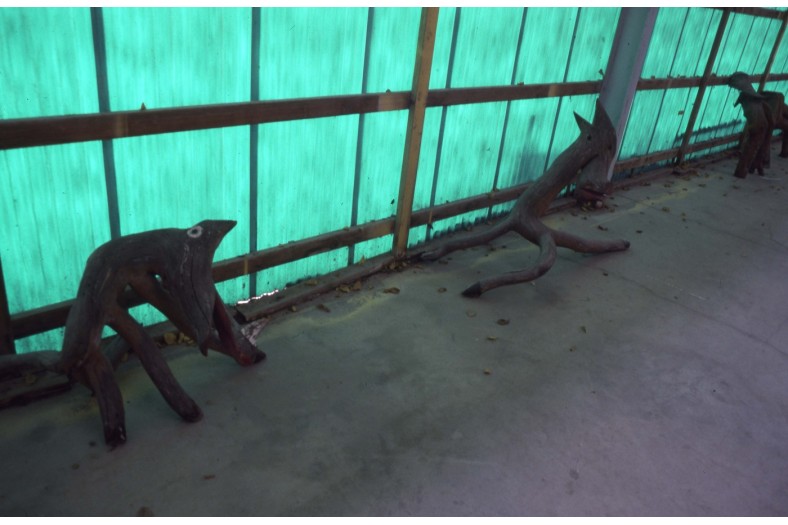 The Thing is a store and museum of strange collected items originally created by Thomas Binkley Prince in 1965. According to documents by Seymour Rosen, The Thing acquired work by Pop Schaffer. (It is unclear if what is photographed here is work by Pop Schaffer.) The original museum was housed in three metal buildings that were open to the elements.

When Prince died in 1969, the Bowlin Travel Centers became the stewards of The Thing. Unfortunately in 2018, Bowlin managers Kit Johnson and Myles Erwin renovated The Thing, and it is now much different from the original created by Prince. The two men say they tried their best to preserve Prince’s original Thing, but while all pieces were documented, some did not make the cut to be displayed in the updated facility. The original exhibit has ephemera tied to Hitler which has been removed or recontextualized by the new owners. The Thing now contains exhibits of battling space aliens, enslaved dinosaurs, and a conspiracy theory wall that links aliens to Stonehenge and the assassination of JFK.

The foundational collection once owned by Price is somewhat incorporated into these new exhibits, but this environment is much changed from its original iteration.

Collection of paraphernalia and strange items 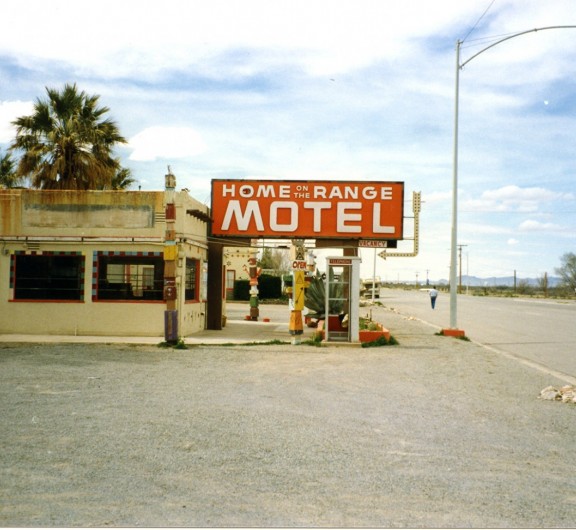 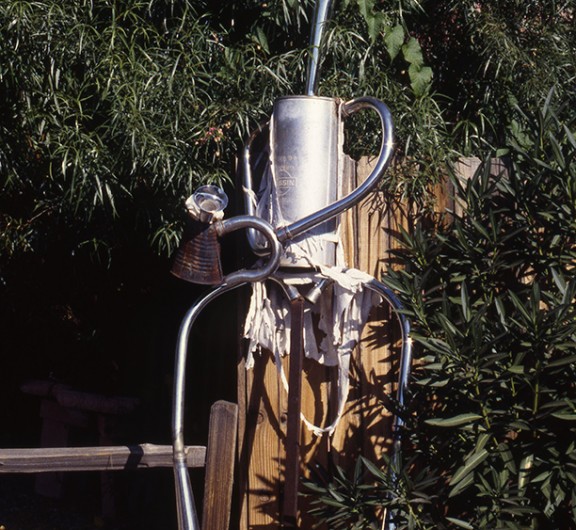 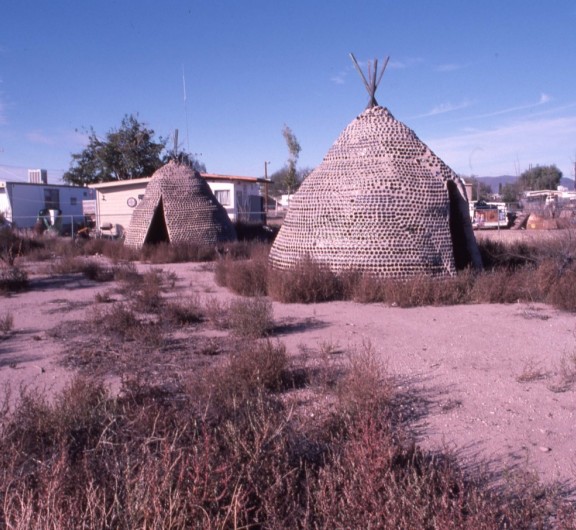 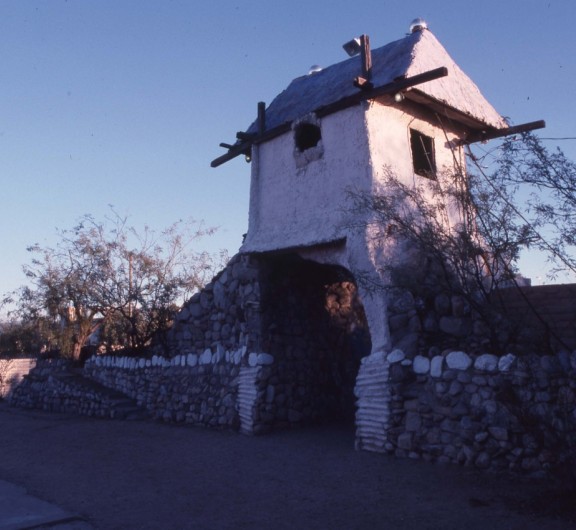 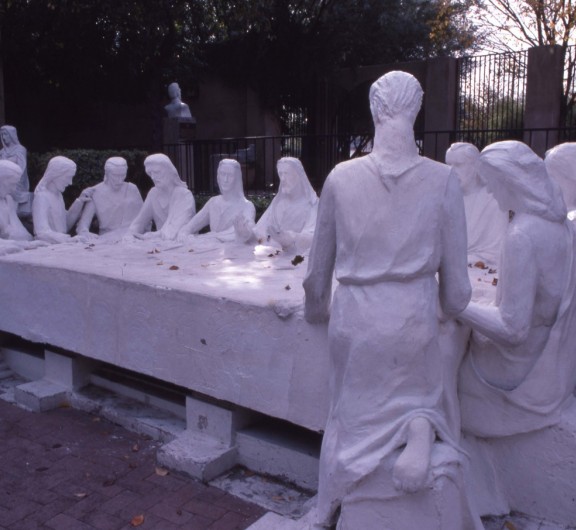 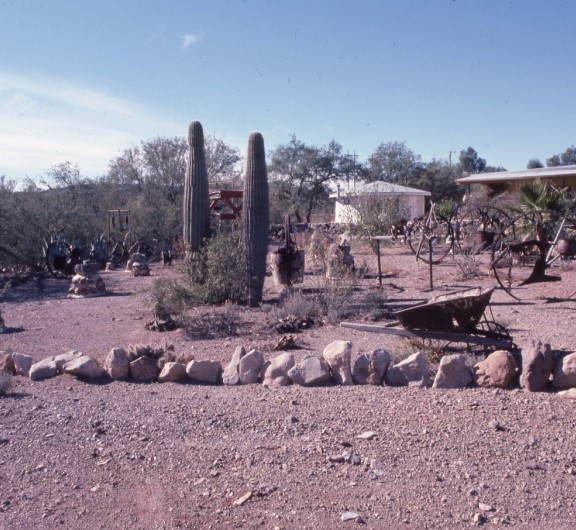