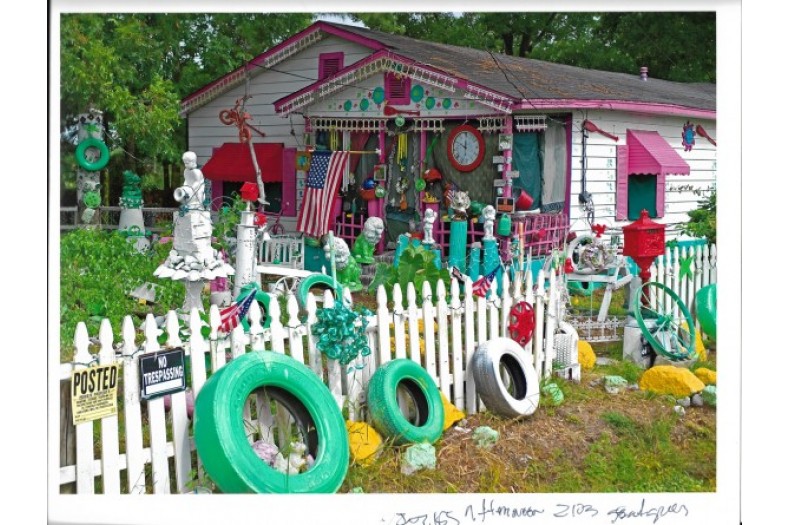 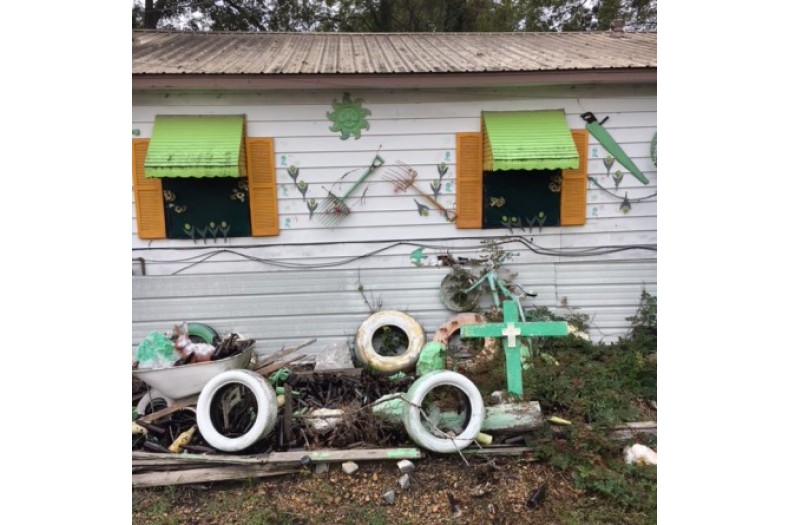 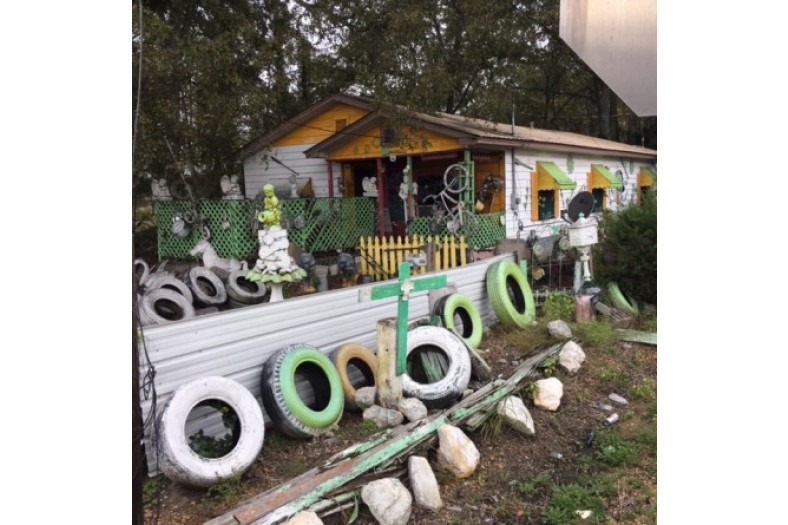 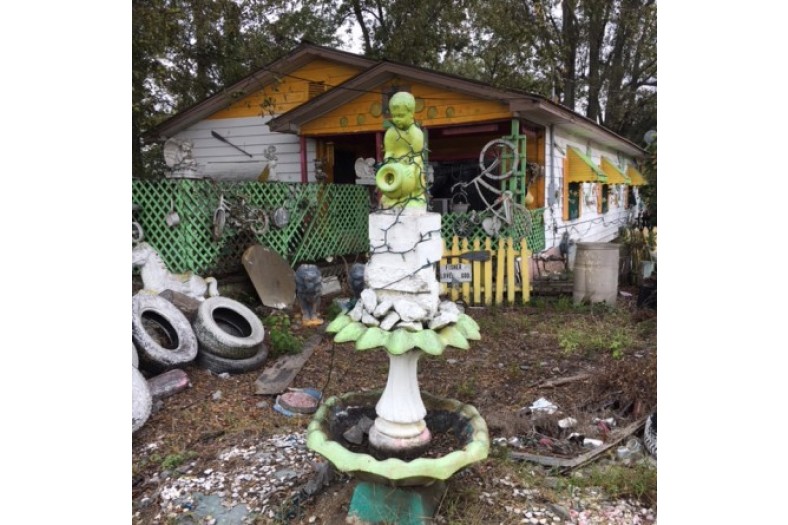 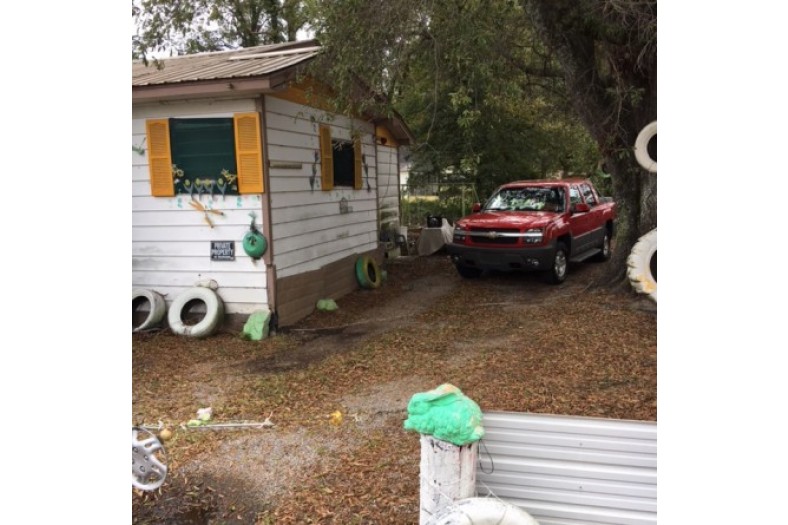 Timmy Fisher, born in Itta Bena, grandson of fieldworkers who drove tractors and picked cotton, worked as a security guard and lived with his wife Kassandra on a small lot just down the street from the Leflore County High School and Elementary School. There, around 1991, he began to create a colorful and diverse art environment, packed with found objects arranged into innovative and compelling works in the gardens around his small clapboard house.

Fisher has been recorded as saying no more about his artwork than he had a gift from God and he did what his heart told him to do. This included the placement of numerous cast concrete lions and other figurative garden ornaments around the property, most of which he painted bright pink at first, although they were later repainted yellow. There were also rows of painted discarded car tires, consciously-placed groupings of empty brown beer bottles, bicycles nailed into trees or onto interior screens, and dozens of plastic flowers and bird baths. Painted wheels, saws, rakes, and other ornaments were affixed to the exterior façade of the home and were complemented by painted flowers that contrasted with the colorful yellow painted shutters and awnings. Fisher was generally indifferent to people’s responses, not particularly caring if they liked his work or not; sometimes he would incorporate unsolicited suggestions to enhance his site even further, while other times he ignored them. But he worked on his site every moment that he wasn’t engaged with his security guard position, into the early hours of the morning.

By 2013 a low aluminum fence had been installed around the property, replacing a painted picket fence around most of the perimeter, and several small bottle trees had been added to a side section. However, by this time, some of the exterior decoration had been lost and paint had faded, with the effect that the overall aesthetic impact was less integrated than in earlier years. By 2018 several painted crosses had been added to house and yard, and a sign with the name FISHER and the command LOVE GOD hung from an interior fence. In general, the site appears more unkempt than in earlier years. 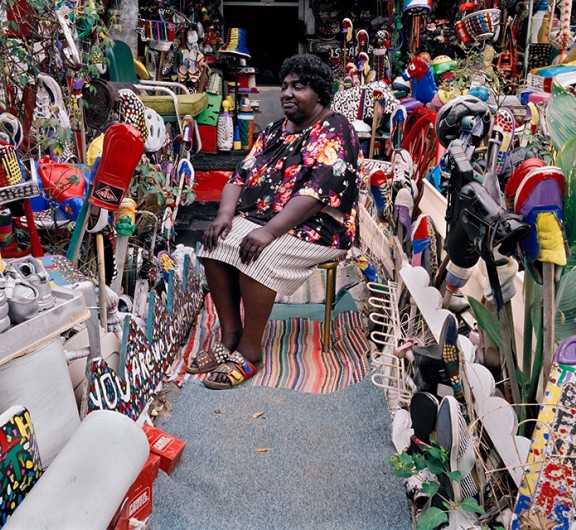 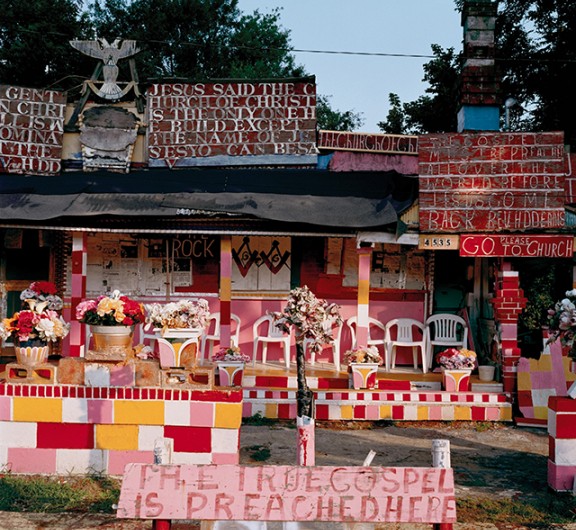 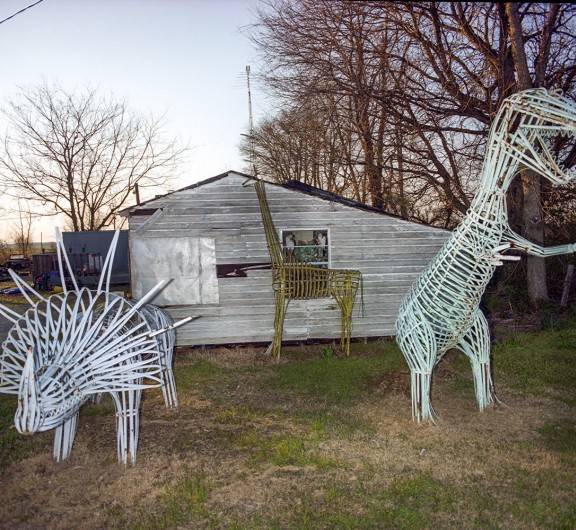 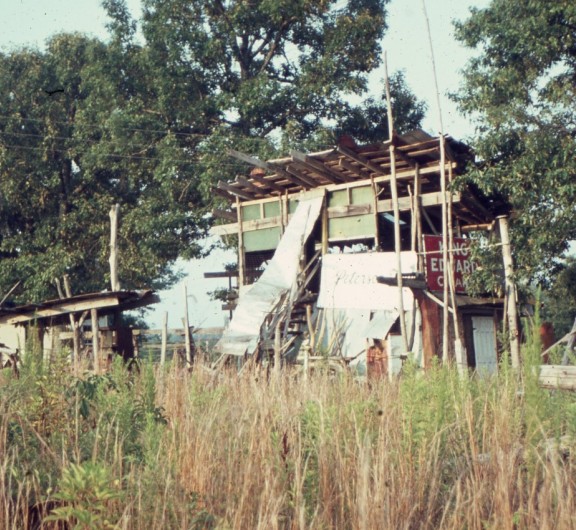 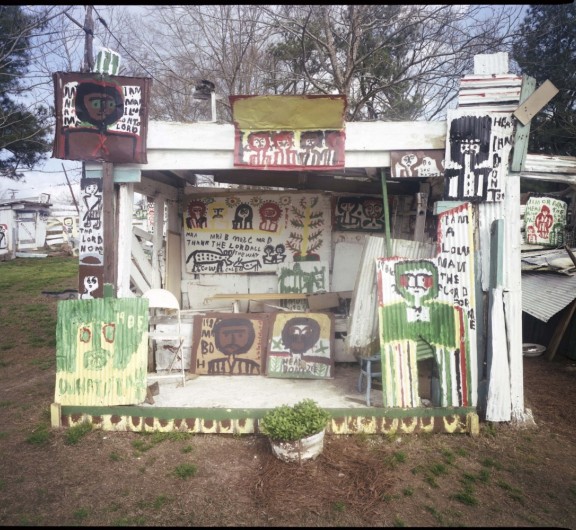