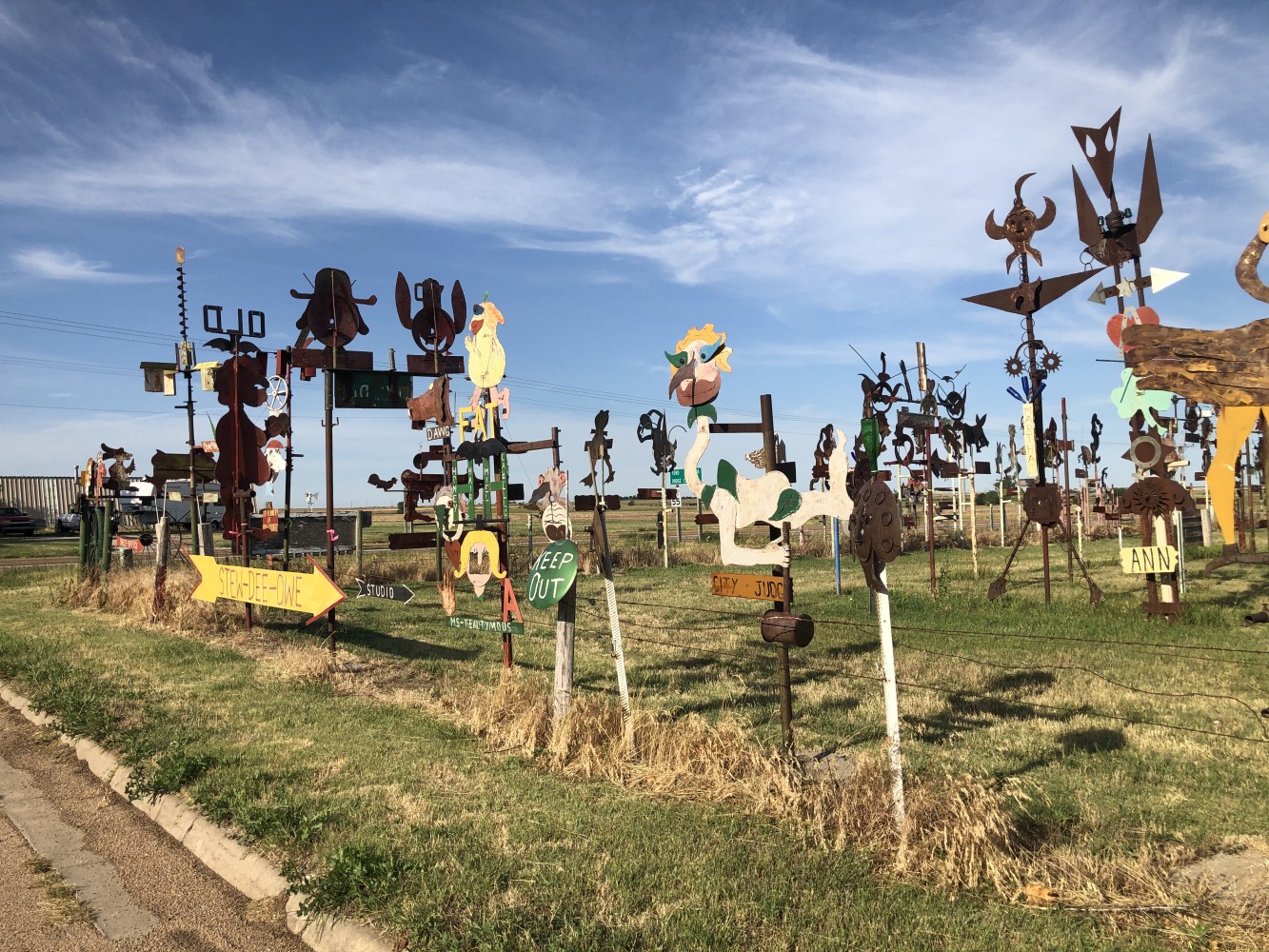 Myron Thomas (M.T.) Liggett (1930–2017) was well known for creating metal totems and whirligigs and has been called a folk artist, provocateur, activist, a “poker”, and more. With the upcoming opening of a new visitors center in his name, his expressive artworks–and the sometimes heated conversations they inspired–will continue on. 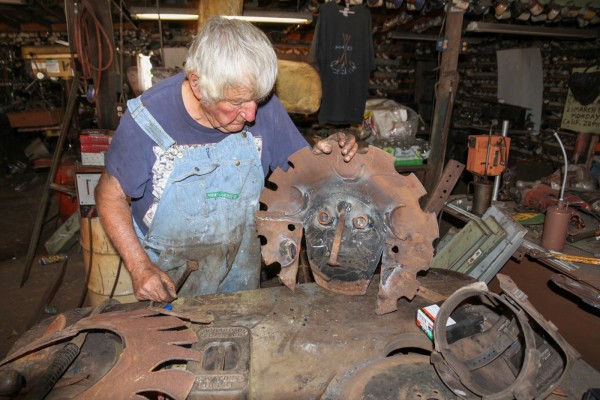 Liggett’s artwork that lines US Highway 400 and Kansas Highway 54 near Mullinville, Kansas, was often politically charged and features national, state, and local officials, alongside numerous former wives, friends, and acquaintances. M.T. Liggett has been called an “equal opportunity offender.” Larry Meeker, formerly of the Federal Reserve of Kansas City and a trustee of Mr. Liggett’s artwork, said in a telephone interview with the New York Times that one of Liggett’s favorite sayings was: “I can’t make you mad. Only you can make you mad.” Hillary Clinton and Laura Bush are there — both portrayed with swastikas — along with George W. Bush, Bill Clinton, Rush Limbaugh, former Kansas Gov. Bill Graves, the Kansas State Board of Education and the EPA.

Liggett passed away August 17, 2017. His 70 acre property is home to as many as 600 small and large metal totems and is now a preservation project of Kohler Foundation (KFI). KFI was contacted by a son of Liggett days after the artist’s death and then later by the trustees of Liggett’s estate responsible for the long-term preservation for the property. In 2019, KFI began work on the site, including building a new visitor center and conserving Liggett’s artwork. The visitor center is designed to encourage guests to learn more about the artist’s legacy and creative practice. It will contain items salvaged from the original studio like custom tools designed by Liggett, painted sheet metal shelving, and more. The main floor will include a ceiling filled with Liggett’s coffee mug collection of over 2,500 mugs. The visitor center will also house a restoration area and workshop to help maintain the collection of more than 1,000 objects. The project is now nearing completion and is planned to open in 2021. For future care, the site will be gifted to 5.4.7 Arts Center in Greenburg, Kansas.

Click here to see inside the new visitor’s center in this recent feature from Kiowa County Media Center.

See more of the preservation process of M.T. Liggett’s art in our previous blog post: Update from the Field: M.T. Liggett

Read more responses to Liggett and his artwork: