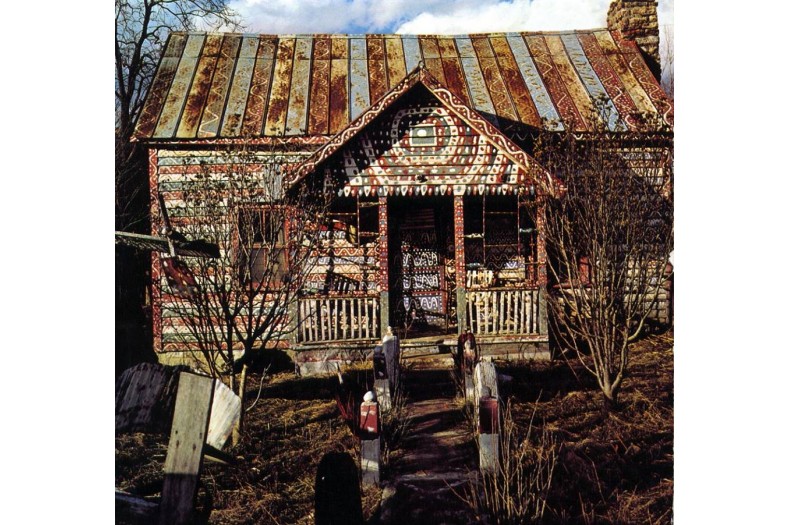 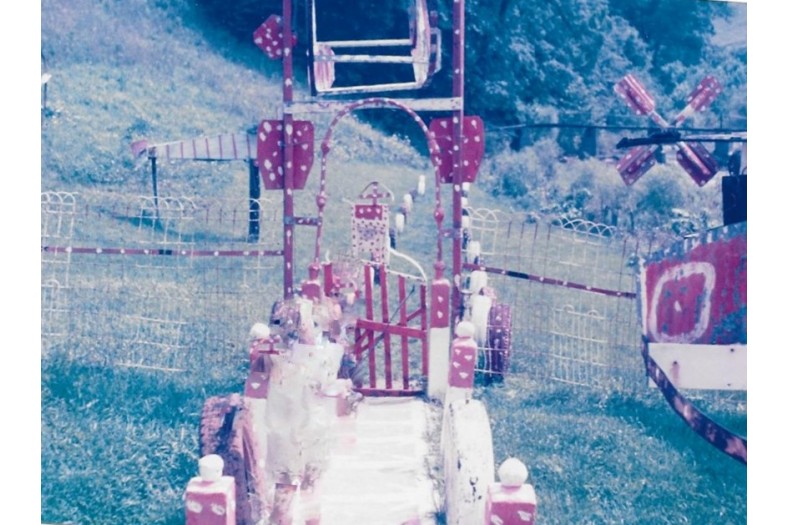 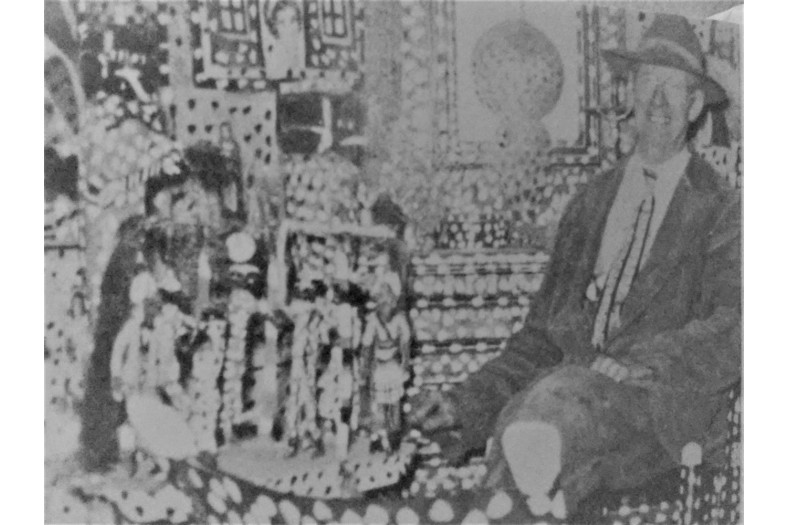 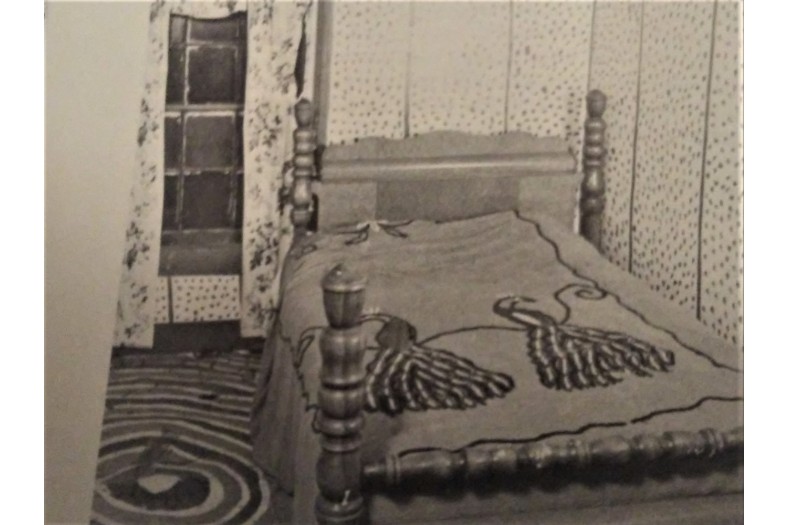 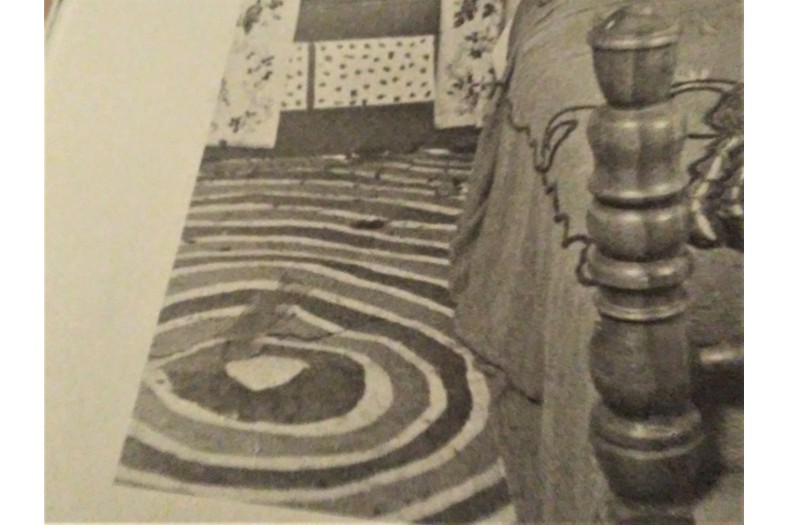 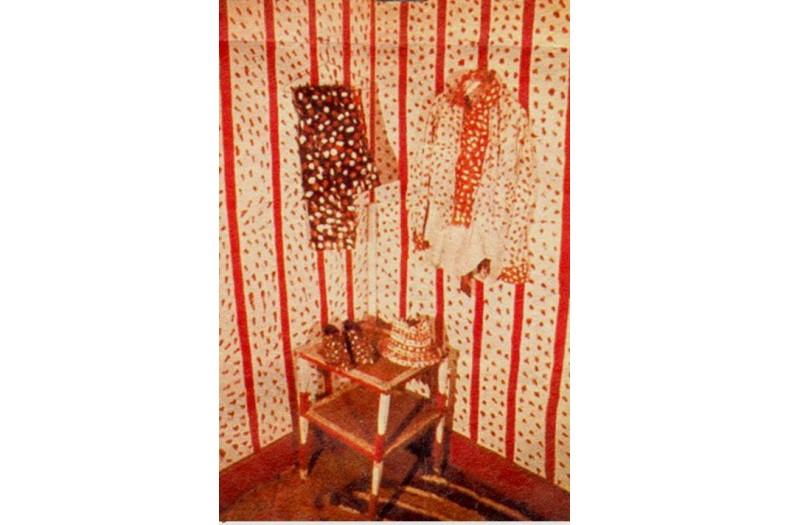 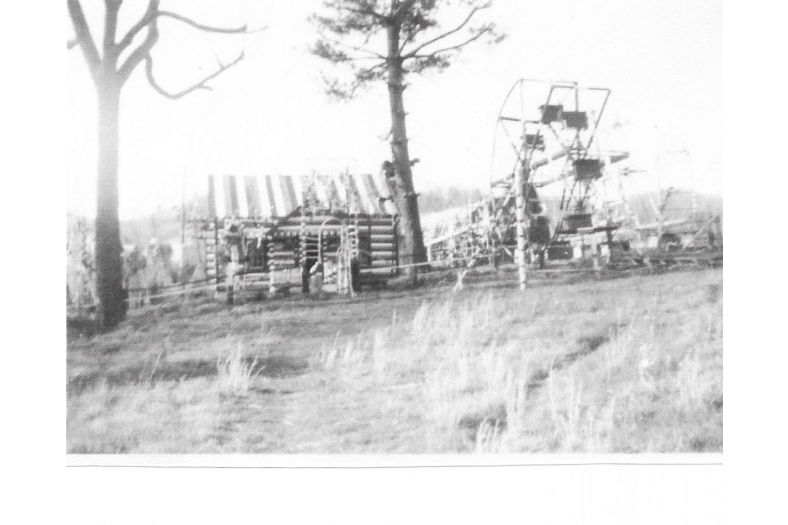 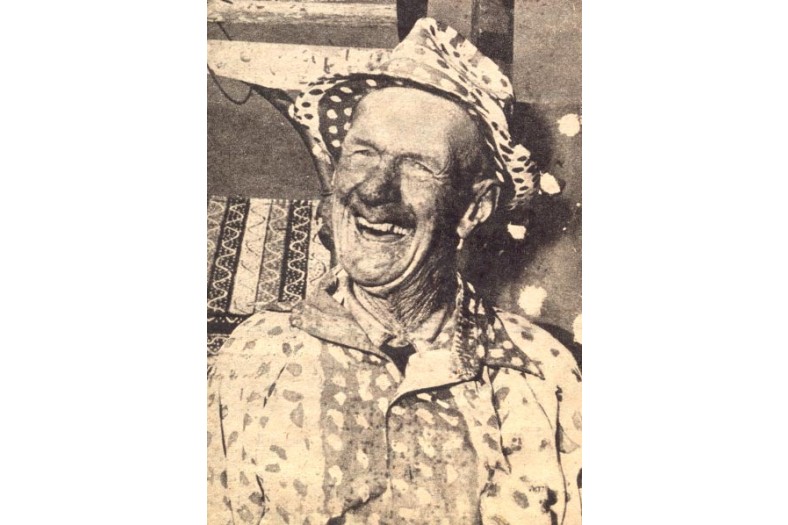 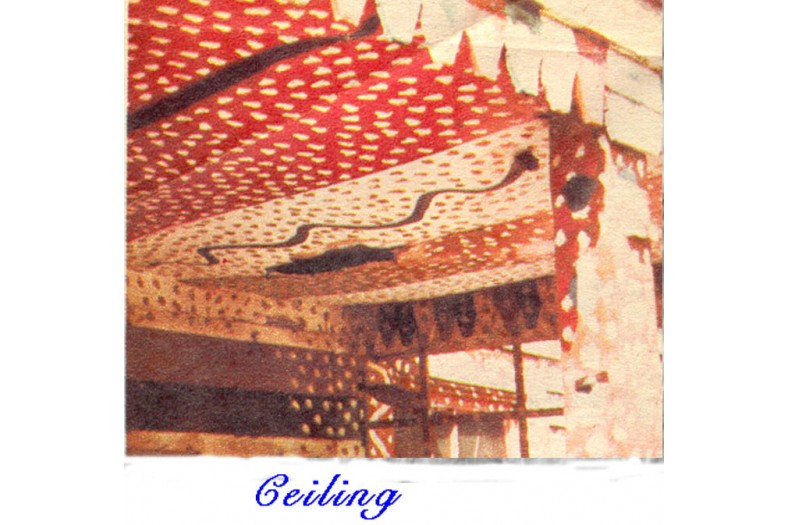 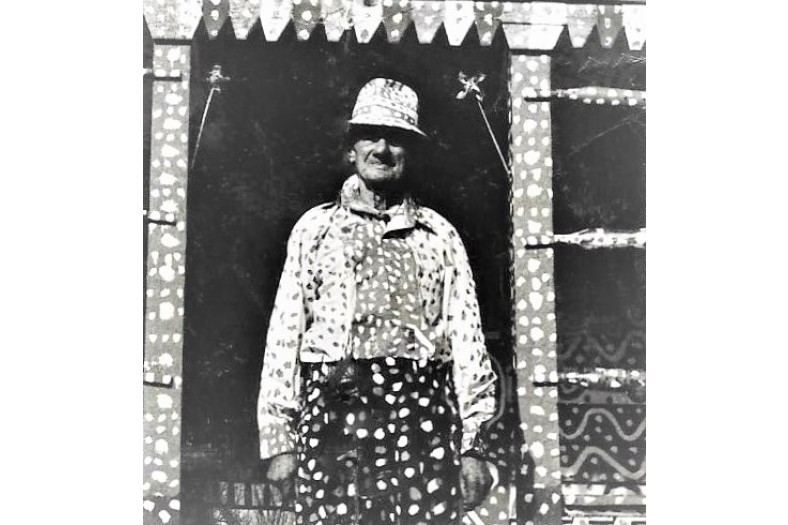 Several works by "Cedar Creek Charlie" are on permanent display at the Museum of Appalachia in Clinton, Tennessee.

My grandfather Charlie Fields was an extraordinary man. He had several nicknames people would affectionately call him. ”Cedar Creek Charlie” was one name and a favorite because he lived off of Big Cedar Creek in Lebanon, Virginia, located in Russell County near the beautiful Clinch Mountains. The other nickname was “Charlie Badge” because he loved to wear badges over his lapel. He was born on January 30, 1887 and died on December 20, 1966 at the age of 79. Even though he could not read or write, he had an imagination like no other; he was a very gifted and talented man.

After the death of his mother Sarah Cordelia "Dealie" Fields on October 11, 1940 and his only son joining the military from 1942 to 1965, he turned his loneliness and boredom to adventure. He started painting his home in red, white, and blue polka dots with paint donated by friends. He started this in his son's honor as he wasn't able to see him as often as he would have liked. My grandfather Charlie was a very patriotic man, and his mother would have never allowed him to do this otherwise. Not only did he paint his home in polka dots but also everything that was inside his home—from the ceiling to the floor to all the furnishings. He also wore an outfit that he painted in red, white, and blue polka dots.

For 30 years, he welcomed everyone to his polka-dotted wonderland from all over the United States and a few foreign countries. He made a ferris wheel, a merry-go-round, whirligigs, had trinkets along his fence, and polka-dotted tires lined his sidewalk. At the front gate he had a glass-encased photo of his favorite president Franklin D. Roosevelt.

He has had many articles and a few books written in his memory; his home appears on the cover of Elinor Lander Horwitz’s 1975 book Contemporary American Folk Artists. He has artifacts in the Museum of Appalachia in Clinton, Tennessee as well as the Smithsonian American Art Museum in Washington, D.C. He was a well-loved man in the community, and to this day when you say his name in Lebanon, everyone remembers his legacy as the polka-dotted man by the name of Cedar Creek Charlie. 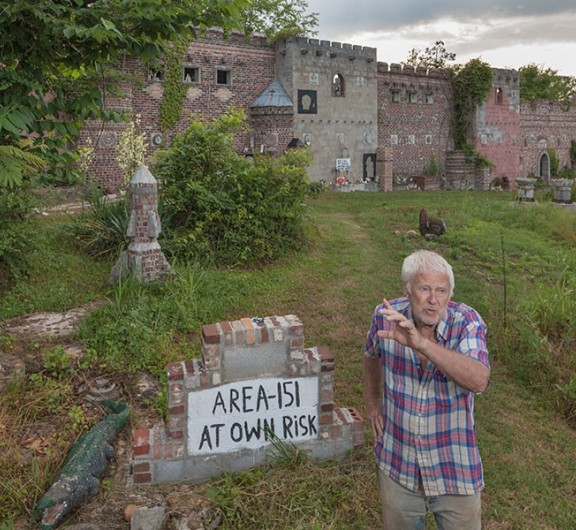 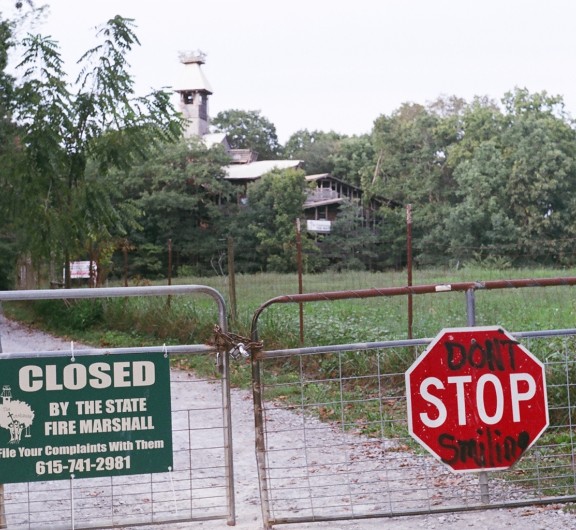 The Minister's Treehouse (Treehouse of God) 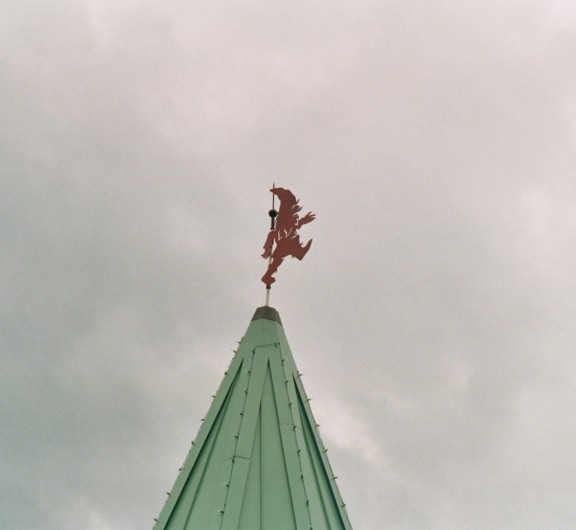 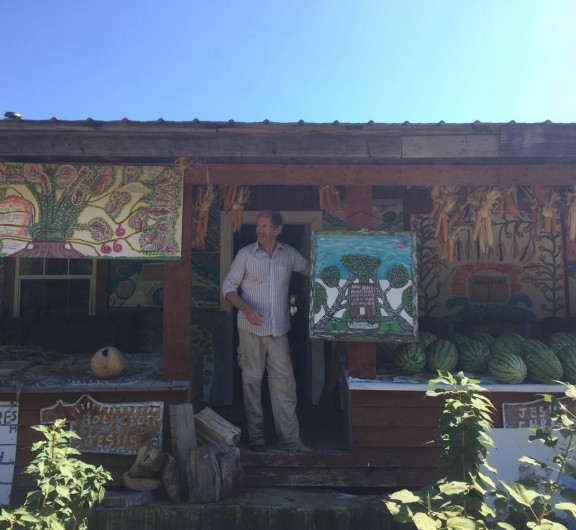 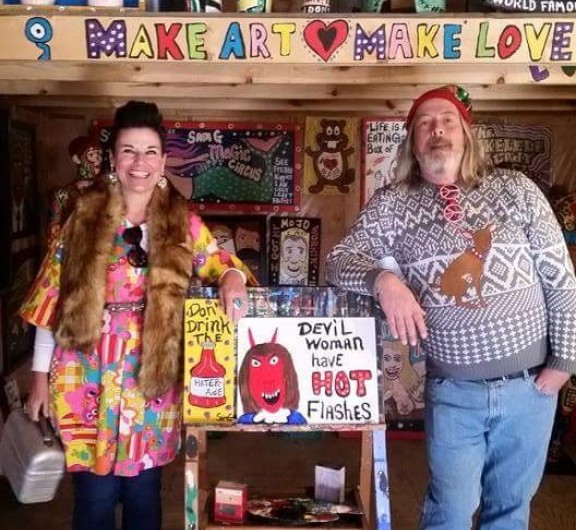