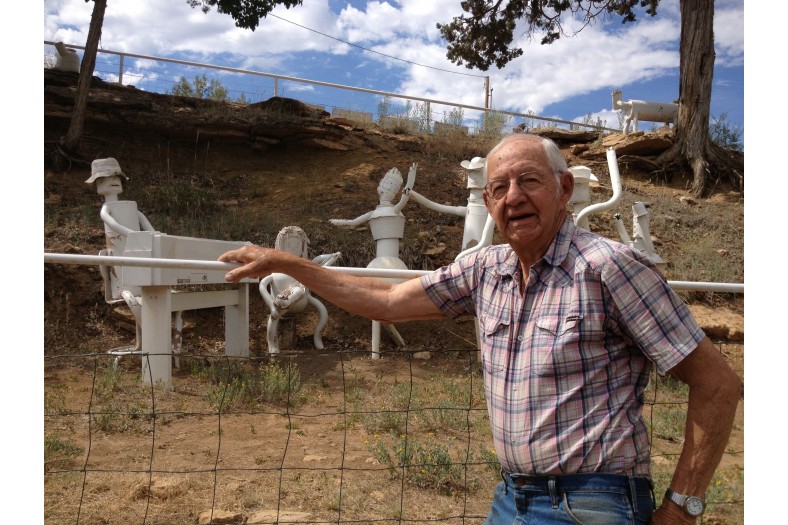 Used with permission of the photographer, Evie Altman

Floyd Johnson is a former missionary and teacher who worked on the Navajo reservation. Originally of Norwegian background from Minnesota, he is now in his 80s. He purchased this property about five miles north of Cortez, CO many years ago and built the entire homestead from scratch by himself. He lives with his wife Joyce on this rural property.

Johnson uses mufflers and other car parts as well as machine parts, shovel blades, and pails to create a “community” of figures engaged in humorous scenes: one “crashes” into a rock outcropping from his motorbike, another directs a half-dozen “children” on a toboggan, a quartet plays cards at a table, a weight lifter is flattened by his barbells, a musician pounds on a piano. There is even a “hula girl.” They are all painted white, and in the summer months are set off against the rural hillside areas in which they are sited. 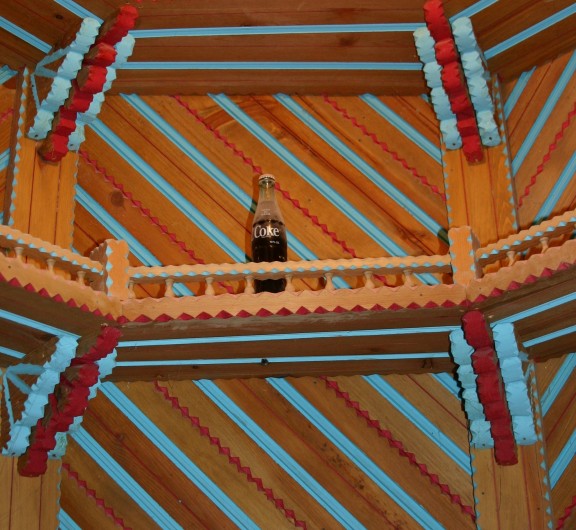 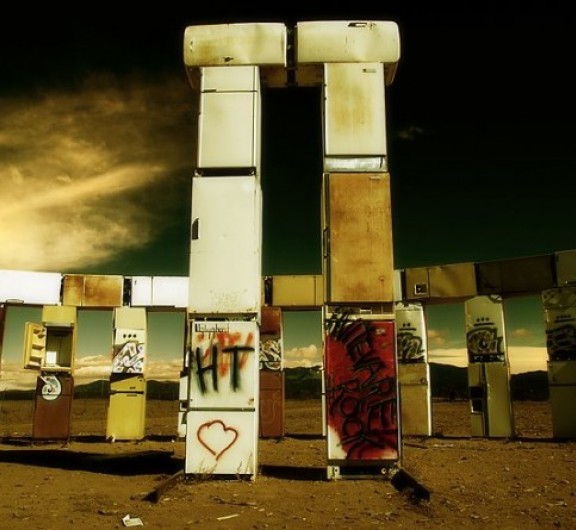 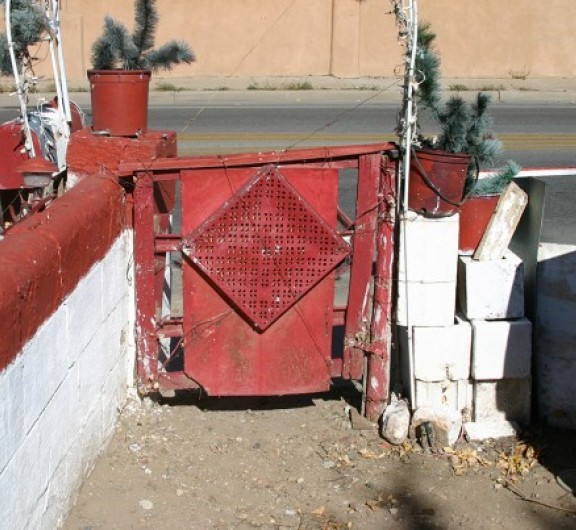 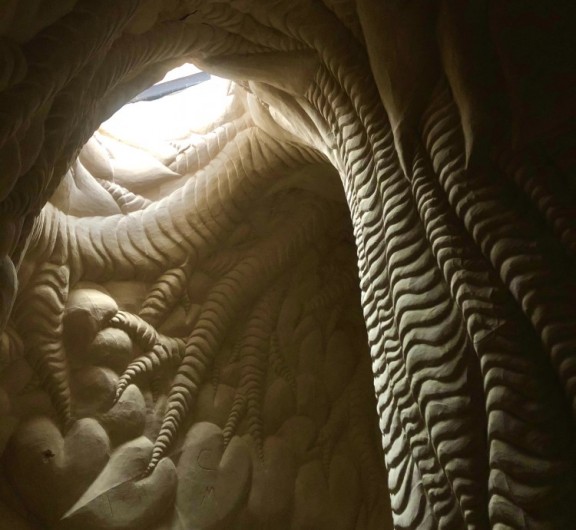