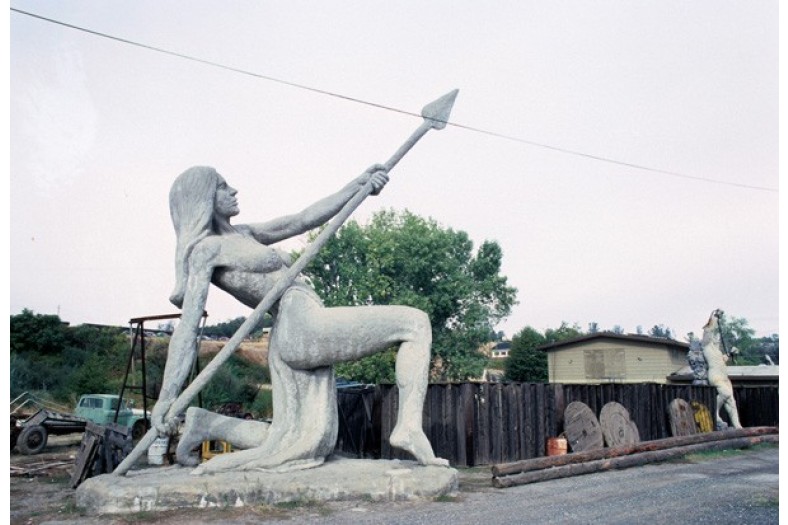 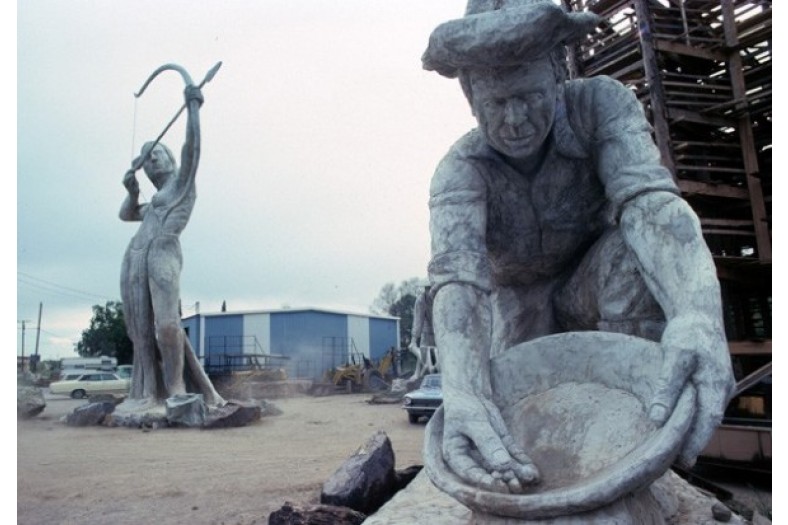 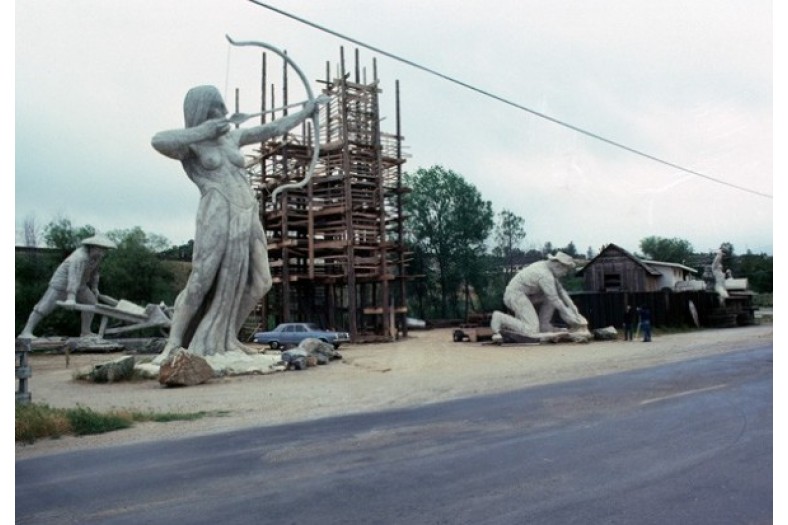 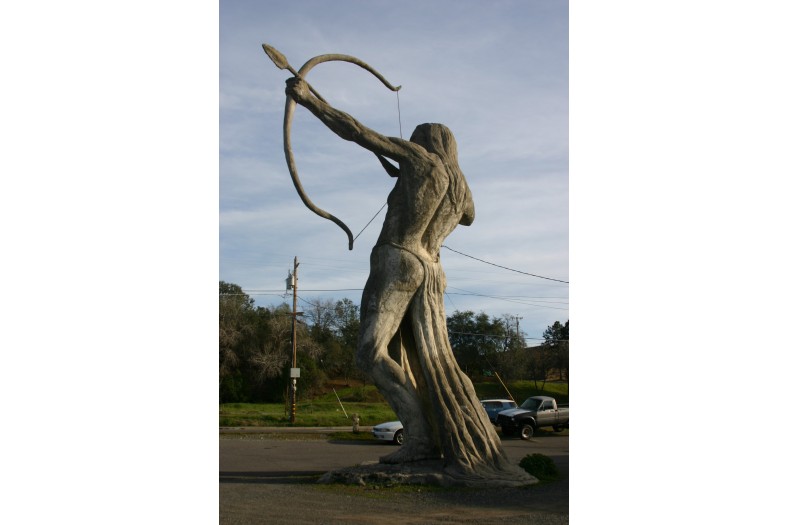 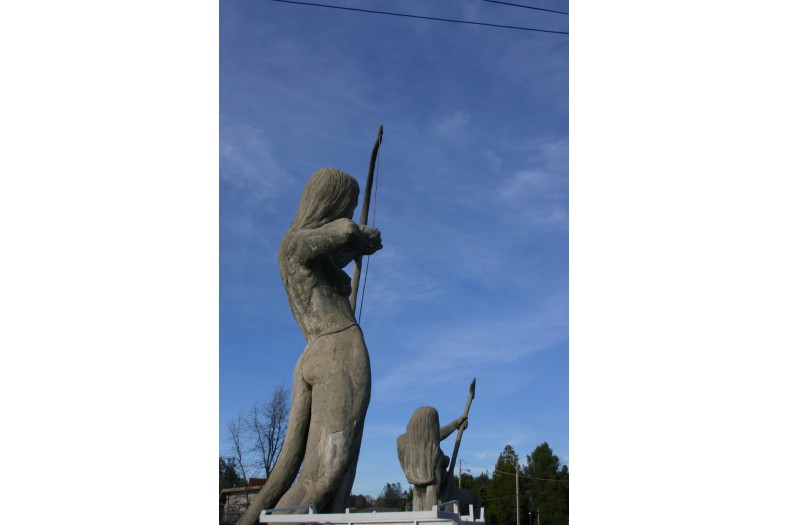 A series of concrete statues were constructed by dentist Dr. Kenneth Fox in the outdoor studio located behind his dentistry practice in a somewhat out-of-the-way and woodsy area of Auburn, California, east of Sacramento in the foothills of the Sierra Nevada mountains. The sculptures range in size, with some significantly smaller than life size, such as the lounging female nude located just outside of the fenced-in studio area. Fox’s fame, however, has come from the monumentality of other works, particularly the Amazon Archer, which rises 42 feet tall and weighs over 120 tons.

Fox began working in his 40s to build these huge sculptures, inspired by Greek mythology. “I had to build scaffolding 40 feet high,” Fox told a local newspaper in 2008. “I had scale models and built from that. The steelwork took six months, and the concrete work about seven days – working 20-hour days.” He recounted that after the steel infrastructure had been installed, he poured a solid concrete center and then began sculpting, working quickly to stay ahead of the drying mortar. He was assisted by two of his three sons, high school age at the time.

Most of Fox’s works remain around the dentistry office (which, since his retirement, is now shared by another dentist and a law office): the Amazon Archer, standing tall as she pulls an arrow back in its bow; the Amazon Warrior, kneeling with a long spear or harpoon; and Chains of Bondage, a man in chains, front the side of Auburn Ravine Road; as one continues closer to the building, one can also view the monumental statue Freedom of Prayer, a kneeling female nude, her hands raised and clasped upward toward the heavens.

Completely self-taught, Fox began building his sculptures in the late 1960s, and explored a range of subject matter. In addition to the somewhat allegorical male and female nude figures, there are also two iconic figures that represent the building of the old west. The first is a Chinese “coolie” pushing a wheelbarrow, built in 1972 from one mile of reinforced steel and 35 cubic yards of concrete; it rises 22 feet tall, is 33 feet long, and weighs 70 tons. It was relocated in 1989 from Fox’s parking lot to a memorial area near the old train depot and the Chamber of Commerce that also includes a caboose representing the presence and importance of the building of the train system. On the Chinese Coolie statue is a plaque that notes that Fox described the statue as “a tribute to the historical significance of the Chinese worker in the construction of the Transcontinental Railroad through the Sierra Mountains of California.” A second outlying work is a monumental gold prospector, specifically Claude Chana (1811-1882), who is credited with discovering the first gold rock here in the foothills of the Sierra on May 16, 1848, which then spurred the great gold rush in what is now known as California’s Gold Country. The sculpture of Chana panning for gold was created, like the others, out of a rebar and wire mesh infrastructure and then covered in concrete mortar. It weighs 45 tons.

But even prior to these two statues, Fox had created a sculpture depicting a soldier carrying the body of a dead comrade; installed in 1967 during the Vietnam War, it was titled Why, and was extremely controversial at the time, viewed as an antiwar protest, although Fox said that he made it to honor all military forces. Facing a cemetery in which dead from all wars are buried, an eternal flame burns behind. Subsequently, this sculpture has become a beloved symbol for the municipality, frequently the site for Memorial Day and Veteran’s Day ceremonies (Fox had served as a dentist in the Korean War). Despite the early controversy about the subject matter of this one sculpture, there does not appear to have been any discussion about the monumental scale of Fox’s works in general, or of any issues pertaining to their placement vis-à-vis zoning or urban regulations.

However, originally the nudes were not well accepted by the local townspeople; it is even said that the school busses were rerouted in order to keep the statues away from the impressionable eyes of its children. Now, the statues are accepted and even lauded by the neighbors; in fact, the 45-ton gold prospector was apparently commissioned and paid for by local citizens.

All works are in good condition and are located on public roads or areas with easy access.

Note: another sculpture by Kenneth Fox, The Farmer, was constructed in 1977 in honor of the Bicentennial of Porterville, California, where it is located. 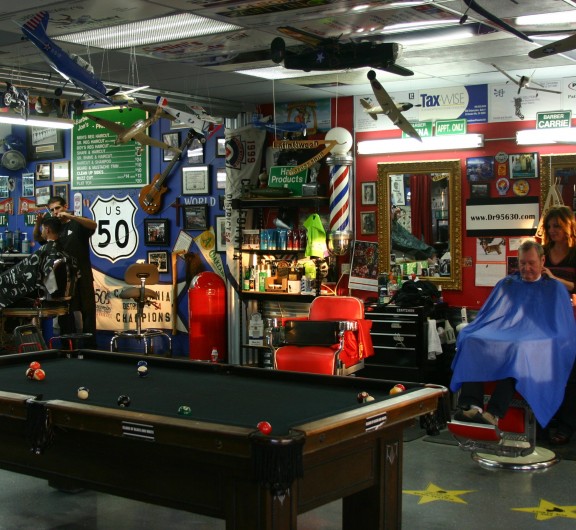 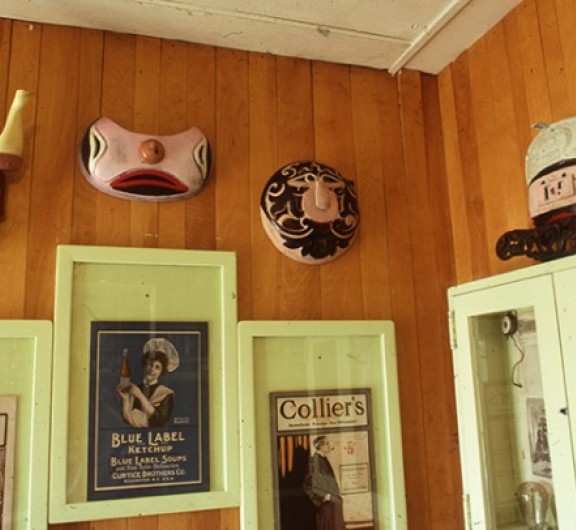 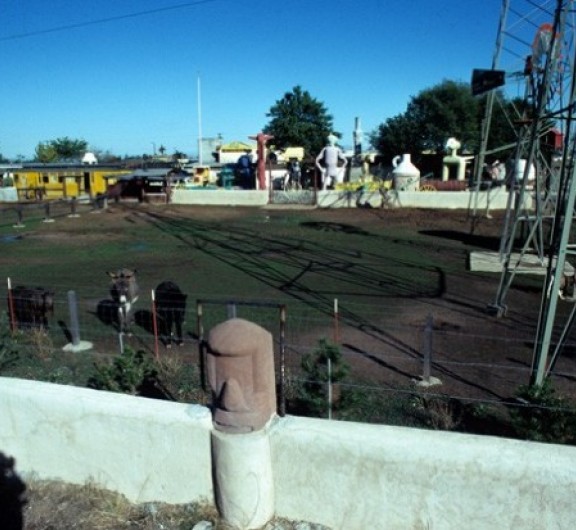 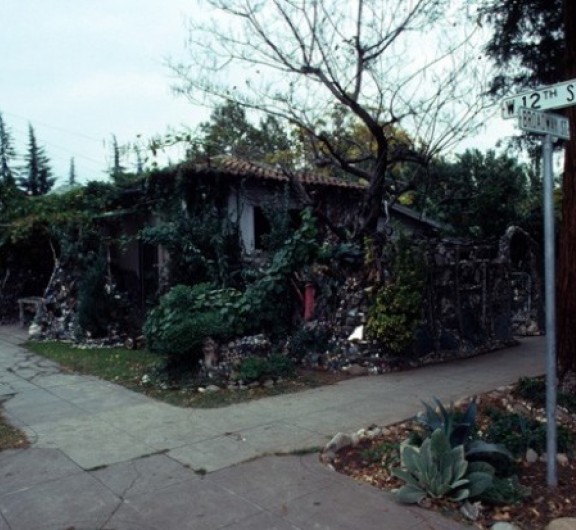 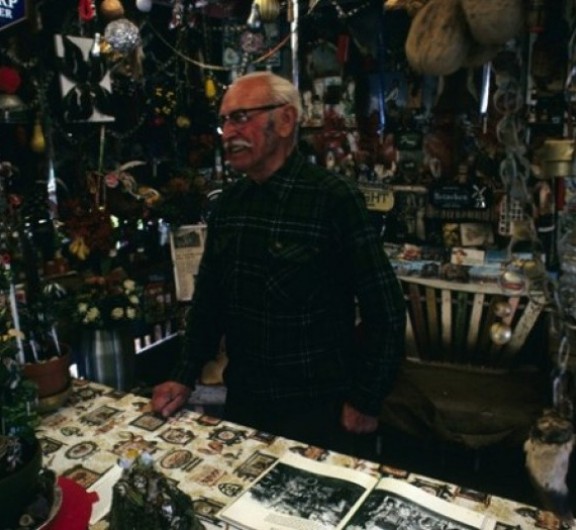