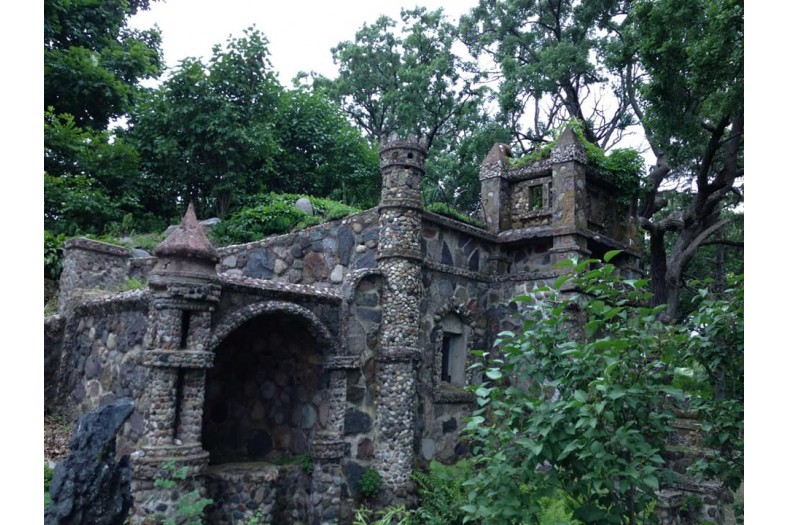 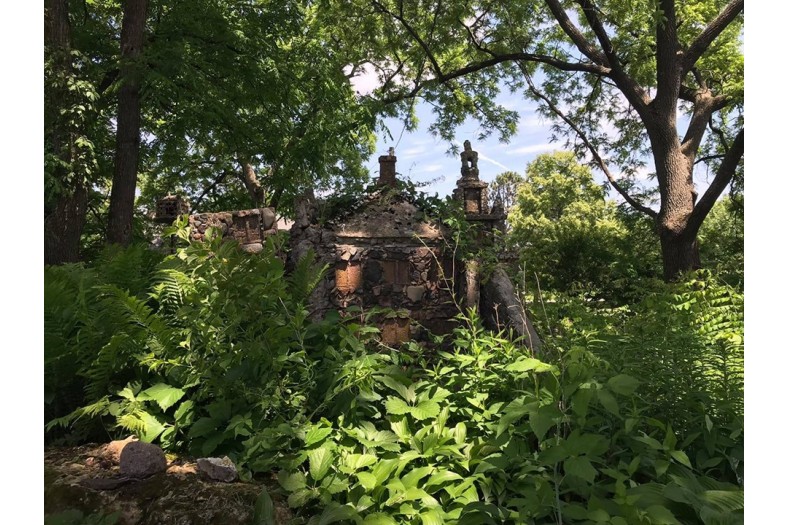 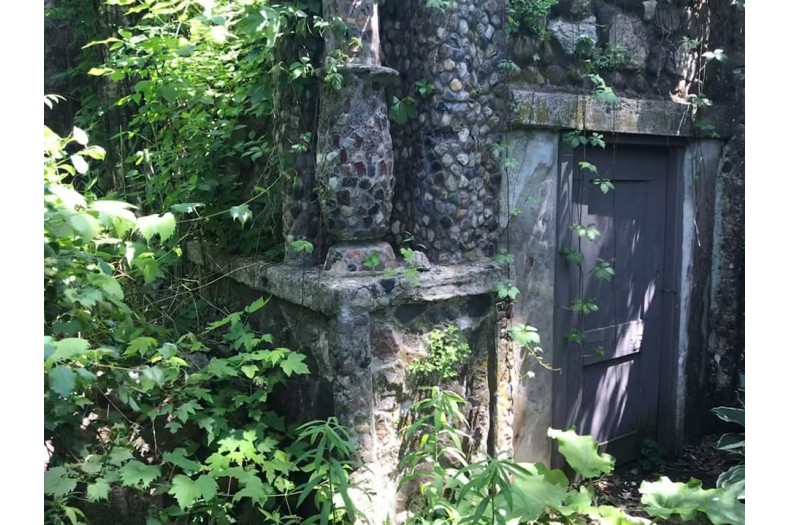 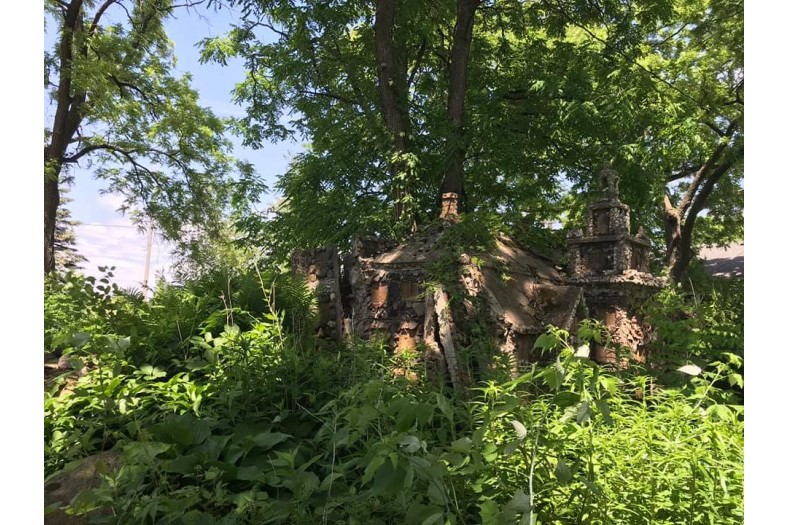 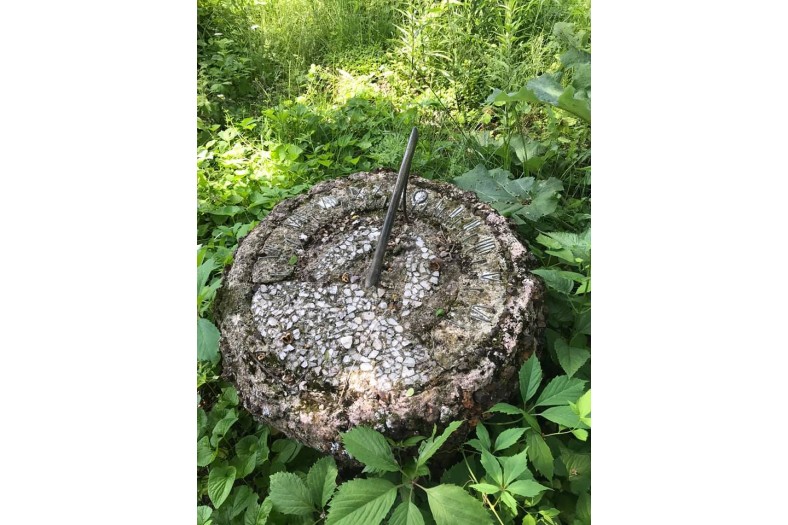 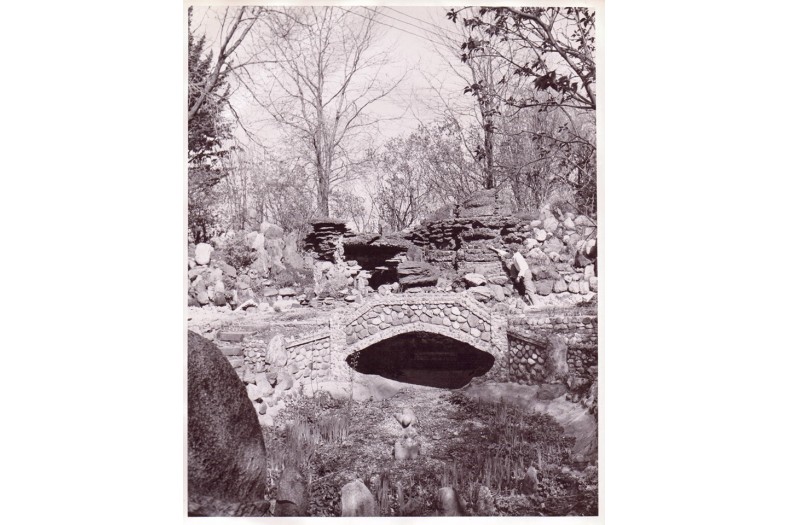 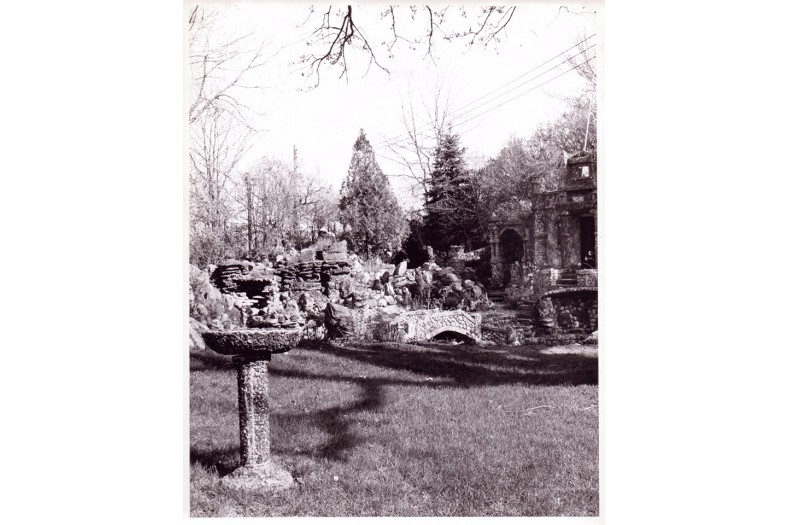 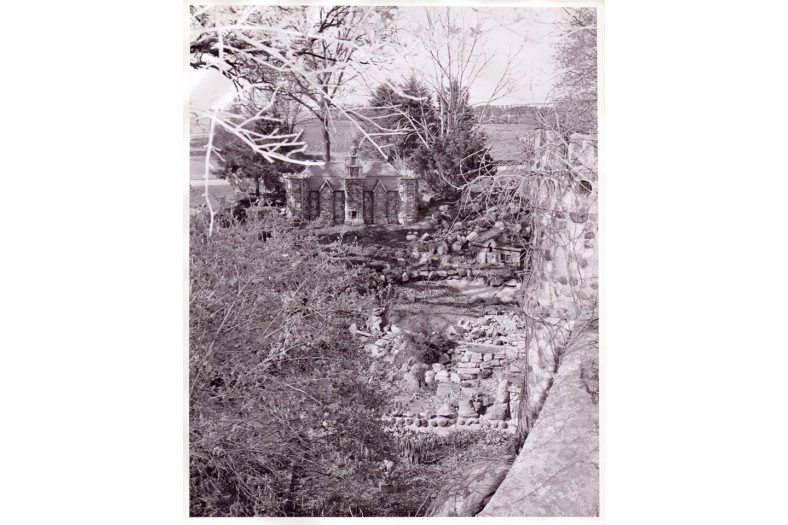 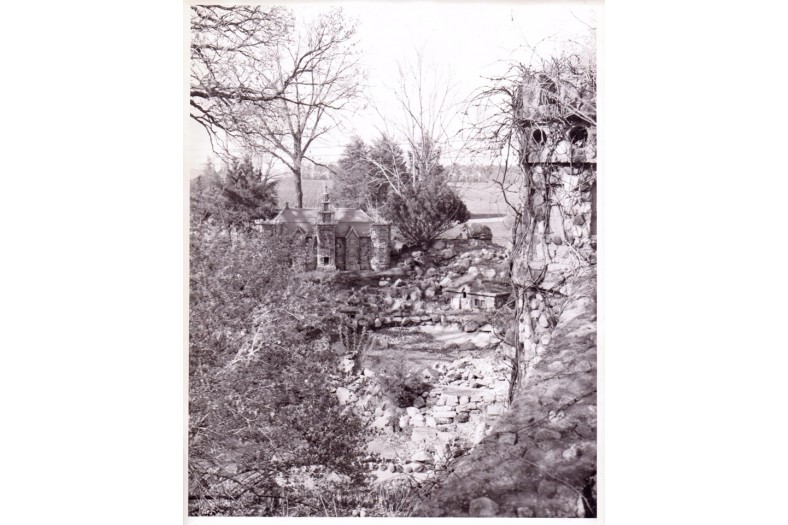 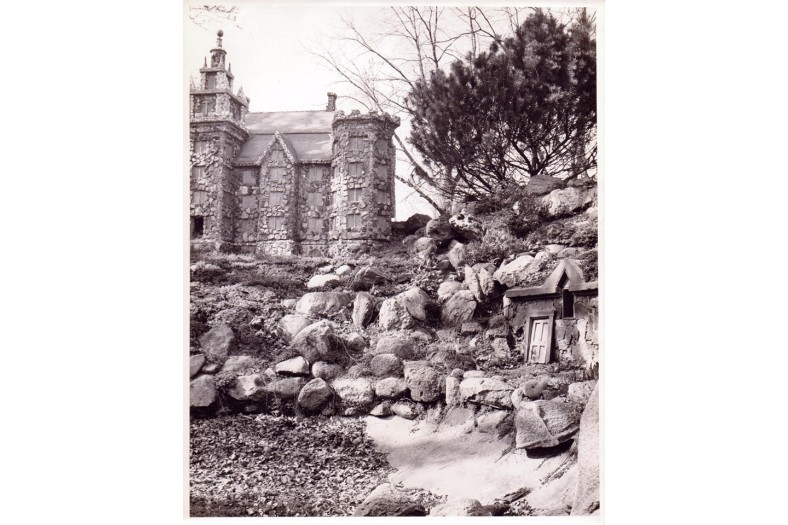 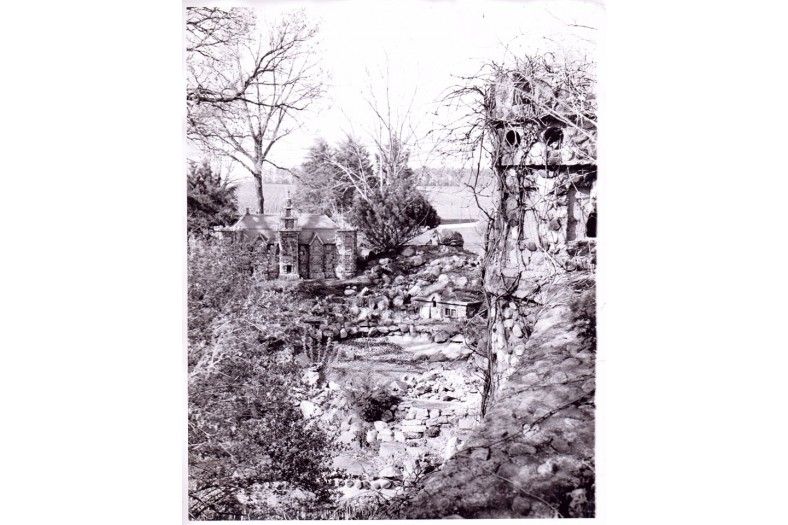 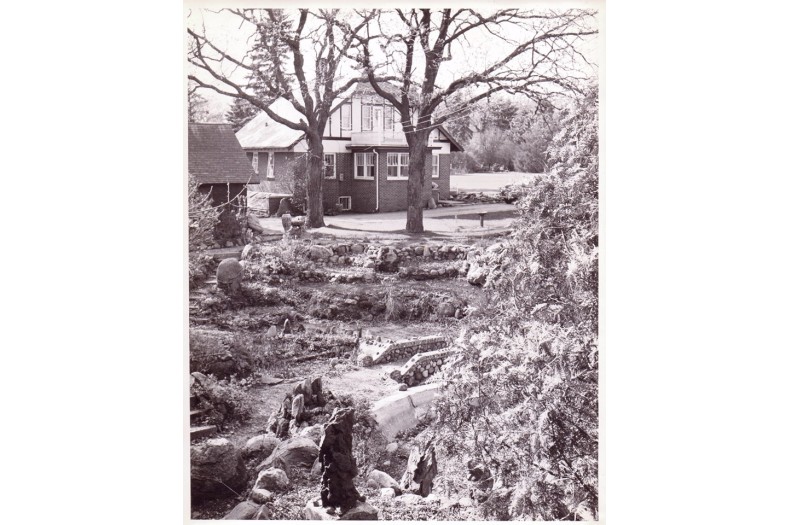 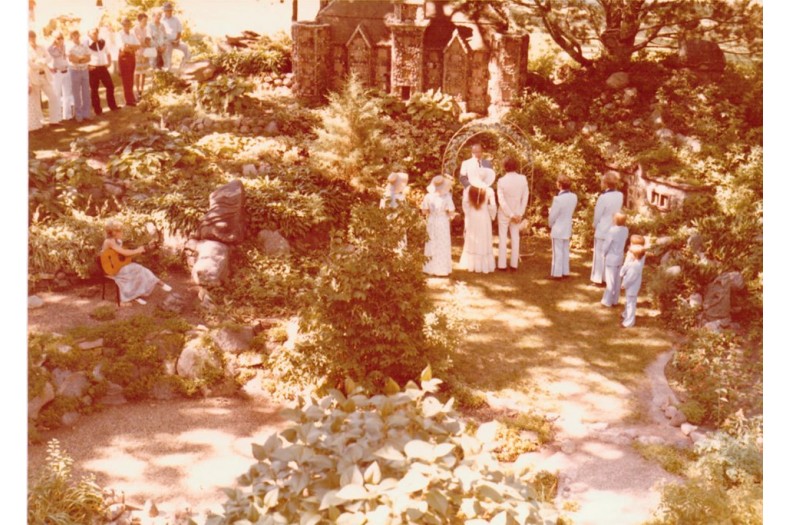 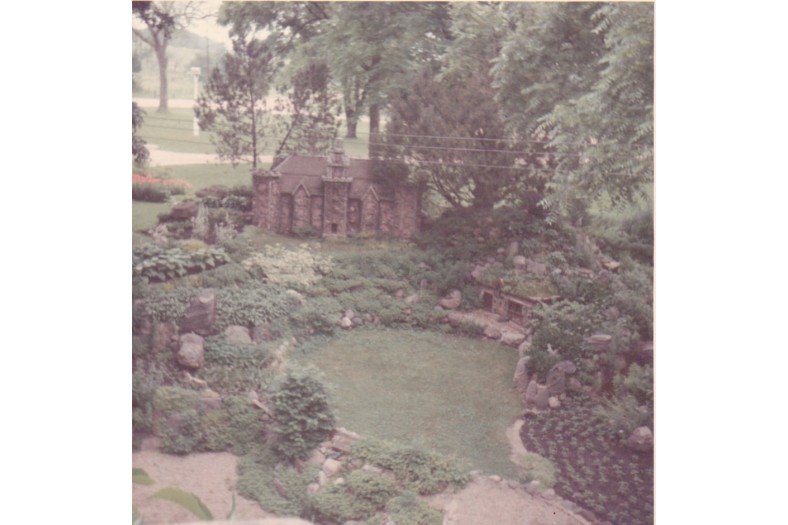 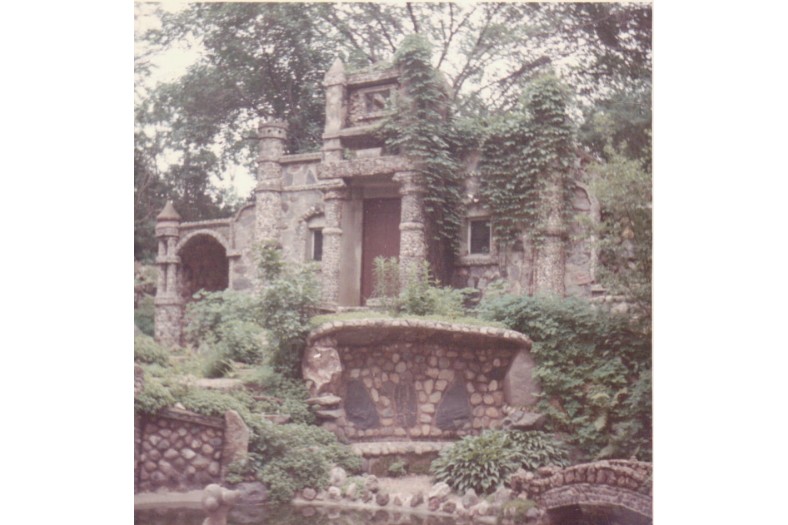 As of September 2019, the Itasca Rock Garden is a preservation project of the Kohler Foundation. It will be open to the public once preservation is complete.

Located just northwest of the small town of Albert Lea, Minnesota, the Itasca Rock Garden (also known as the Christensen Rock Garden) was built by John Christensen in the yard of his home in 1925.  According to a 1955 article in the Albert Lea Tribune, Christensen immigrated to the United States from Denmark with his family in 1884 when he was nine years old. The family settled on 160 acres near Lerdal, Minnesota. Christiansen lived and farmed in the area for 40 years, and when he retired, he set to work on what would become the Itasca Rock Garden.

According to that same article, Christensen first set out to build the largest structure on the property, a rock and concrete castle that can fit several standing adults inside, as a root and vegetable cellar. Rocks were the choice building material as many had been left behind by glaciers moving through the area millions of years ago. Inspired by the beauty of the multi-colored rocks, more construction followed, and the castle became part of a fantasy landscape featuring multiple fish and lily ponds; undulating walkways; rock walls; miniatures; an enclosed, circular seating area; stone bridges and arches; and another smaller castle. Lush greenery and flowers completed the site.

The virtual organization Minnesota Museum of the Mississippi cites that Christensen and his wife Sophie collected rocks and geodes while traveling and brought them home for installation in the Rock Garden. Though the site is not overtly religious, it’s possible that Christensen was inspired by grotto builders in the Midwest. The Grotto of the Redemption is only 100 miles to the southwest in West Bend, Iowa, and Father Paul Dobberstein began work on that site in 1912, eleven years before Christensen set to work. Minnesota Marvels: Roadside Attractions in the Land of Lakes author Eric Dregni also mentions a similar site the “Ak-Sar-Ben Garden” of Bay Lake, Minnesota, started by brothers Arnold and Hugo Vogt in 1918, as another possible influence. Both sites appeared on postcards and were popular with tourists.

The project eventually moved inside of the basement of the Christensen home possibly due to his inability to work outside during the bitterly cold Minnesota winter. A rectangular portion of the basement is completely encrusted with mosaicked rocks — some of which form a terraced collection of pools that were at one time filled with water to house the fish that otherwise would not have survived in their outdoor ponds during frozen winter months. The outer edge of the basement extends slightly beyond the house and is enclosed with greenhouse-style windows that slant against the exterior of the home and allow light into the subterranean area. The inner wall is signed in rocks “J. S. Christensen 1938,” amongst other decorative features.

According to the Minnesota Museum of the Mississippi, 1938 is the last year Christensen worked on his home and environment, and he passed away in 1939. His widow Sophie remarried in 1940, and she and her new husband George Colbertson maintained the property until it was sold to Arthur and Edna Johnson in 1954 (or possibly earlier in 1950). The Johnsons maintained and added to the property, sculptures, and garden, gave tours to visitors, and allowed the site to be used for weddings, high school band photos, senior photos, and other community purposes. The only major modification made to the site was when one of the Johnson’s grandchildren nearly drowned in the biggest pond, and they subsequently decided to fill it, recalled grandson Scott Johnson. Arthur Johnson died in 1977; Edna remained at the home until 1985. The next owner Joe Sparks, Jr. continued to allow some access to the site by visitors.

The Itasca Rock Garden and adjacent home were acquired by the Kohler Foundation in September 2019 so that the site may be preserved. While the majority of Christensen’s work still stands, the site has degraded and is completely overtaken by vegetation. The Kohler Foundation will begin work on the home in fall/winter 2019, and preservation efforts on the art environment will start in 2020. Once the Rock Garden has been fully preserved, it will be gifted to the Freeborn County Historical Museum which will utilize it as a local site of historical significance and offer public programming and other community-centered activities.