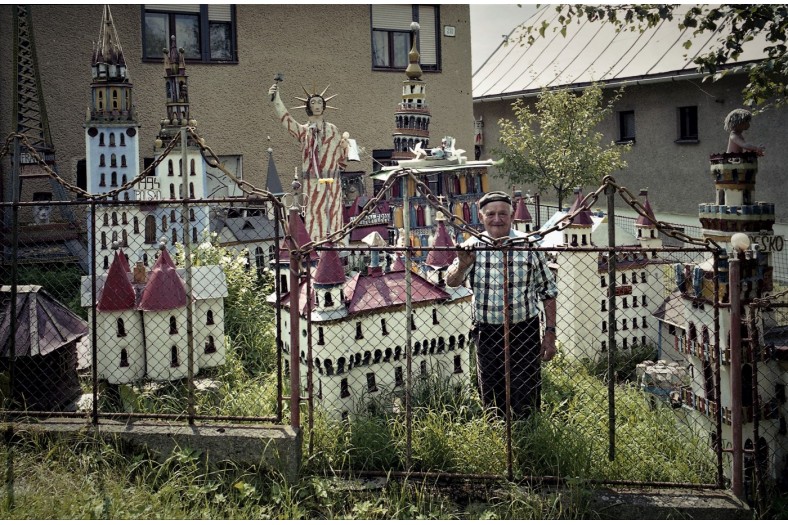 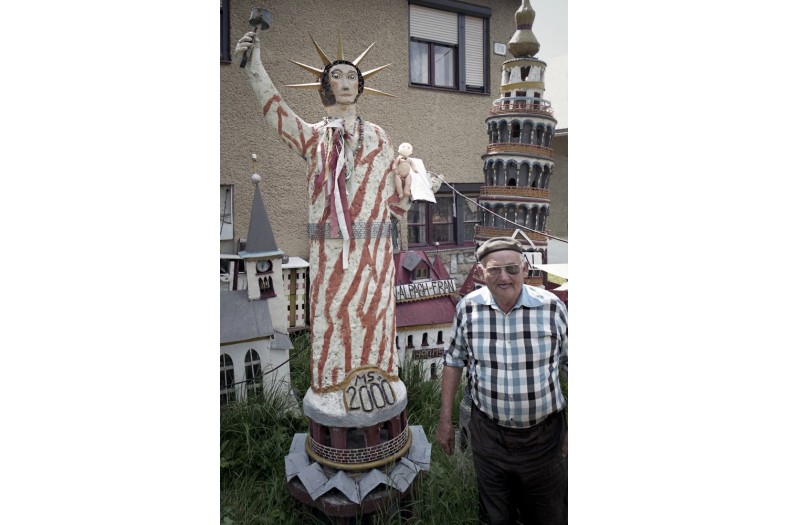 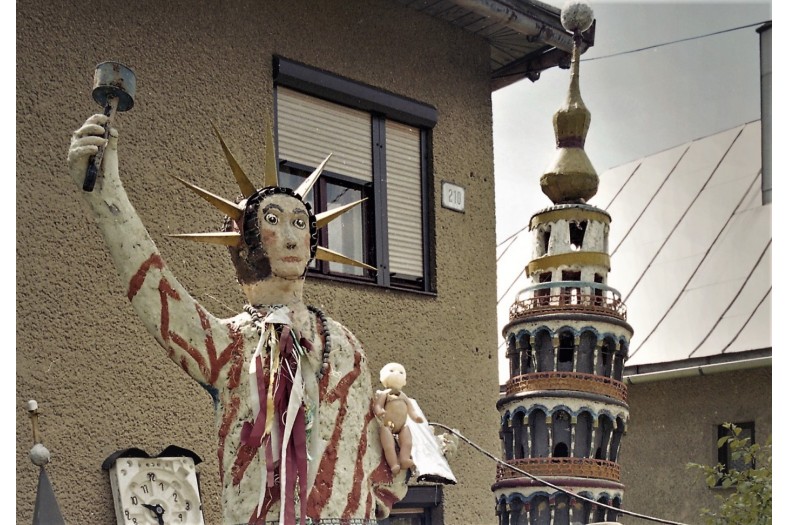 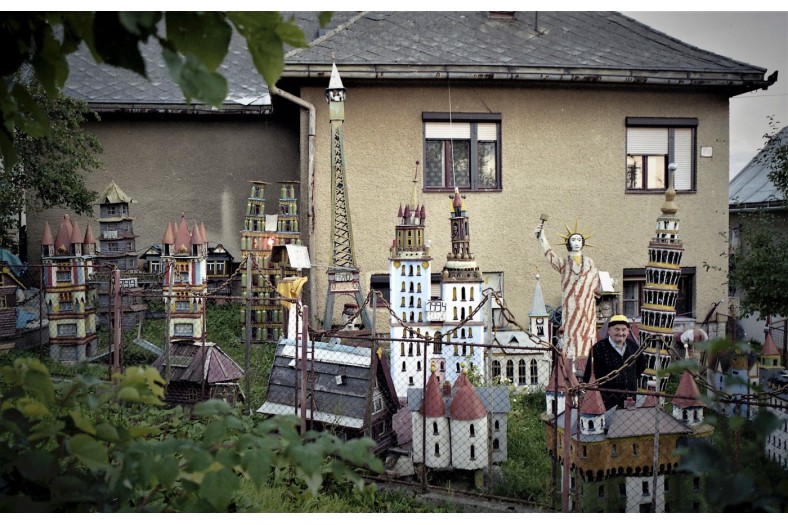 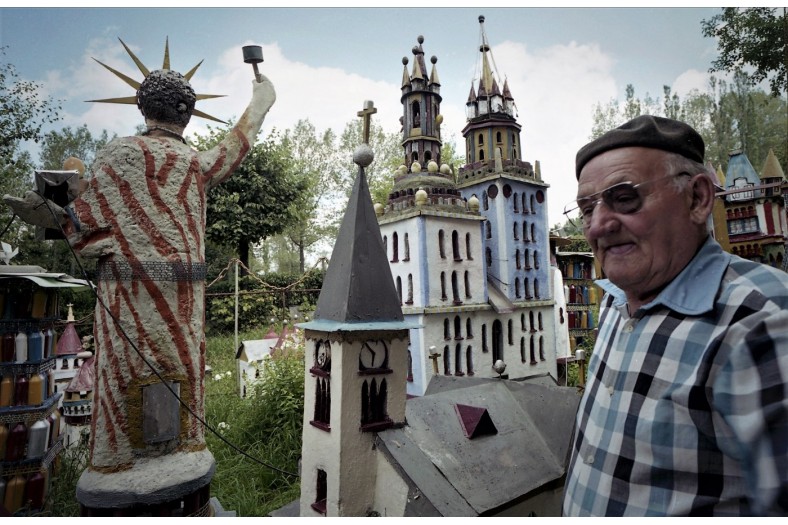 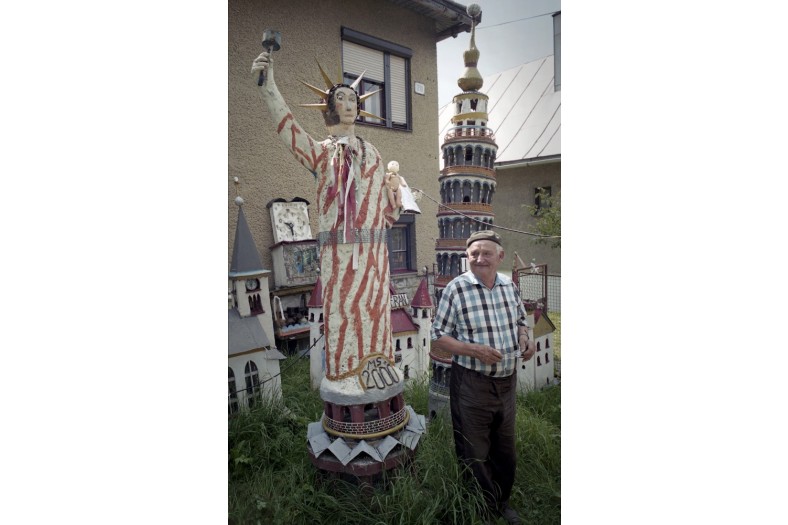 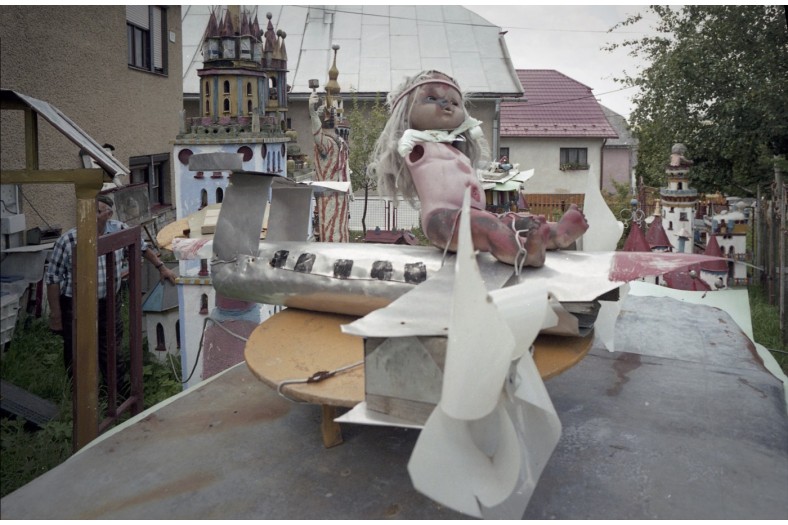 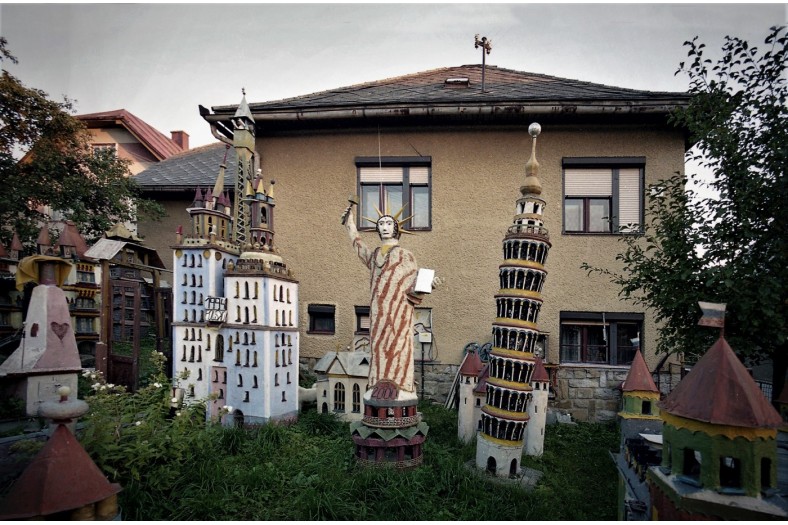 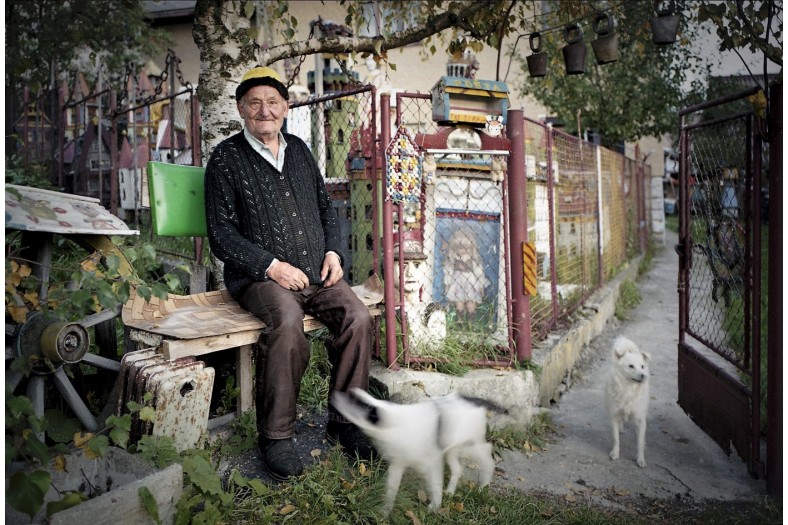 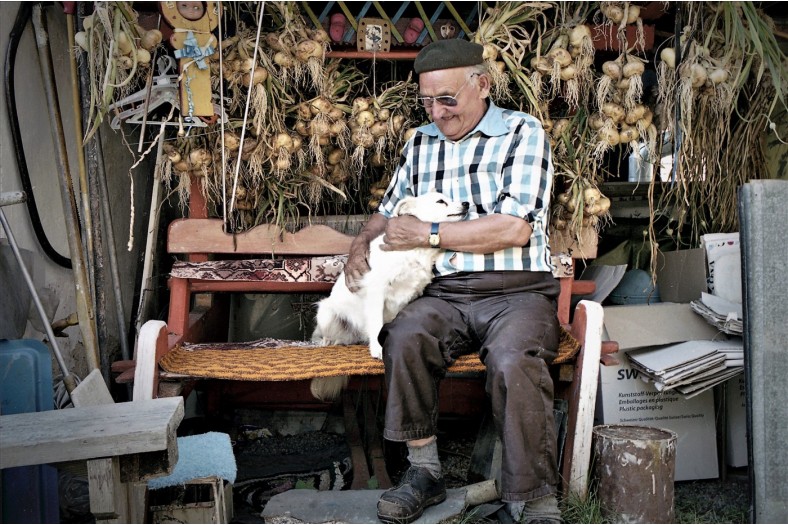 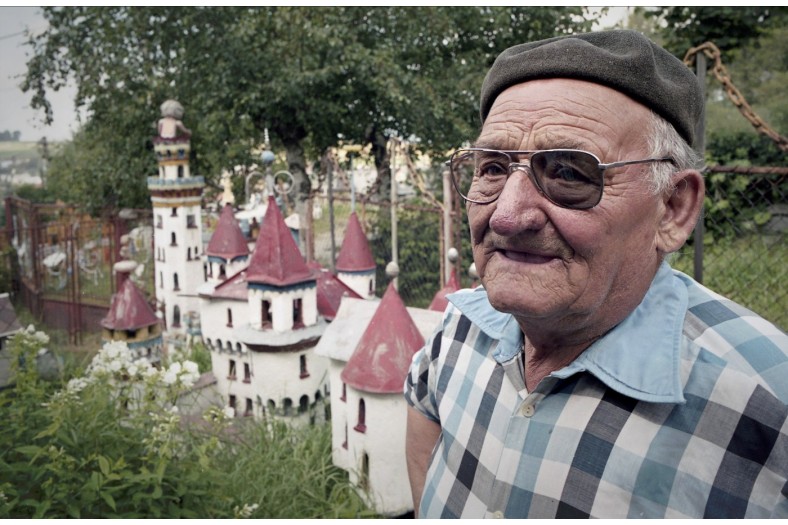 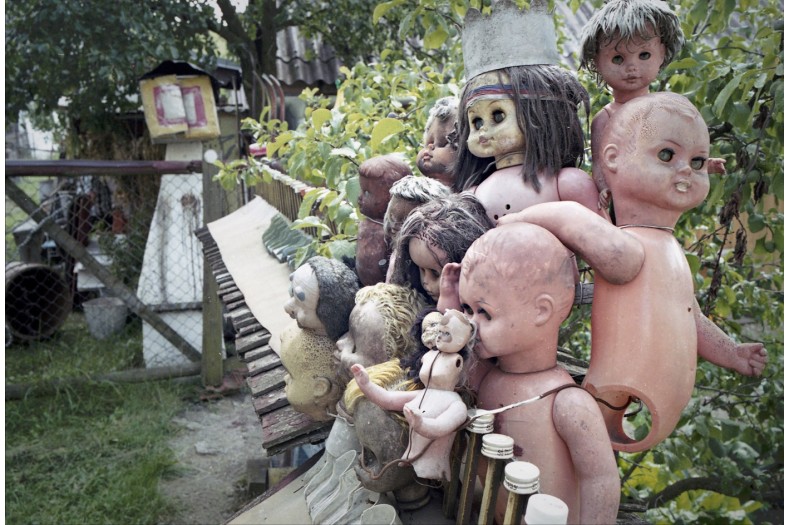 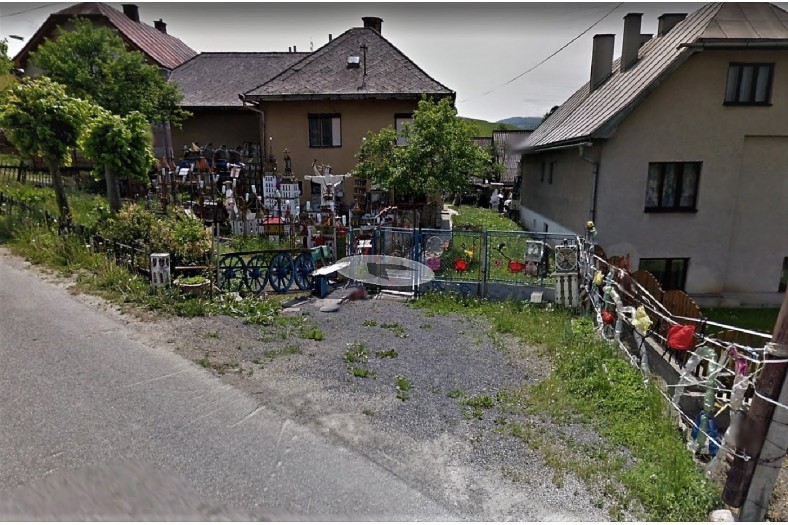 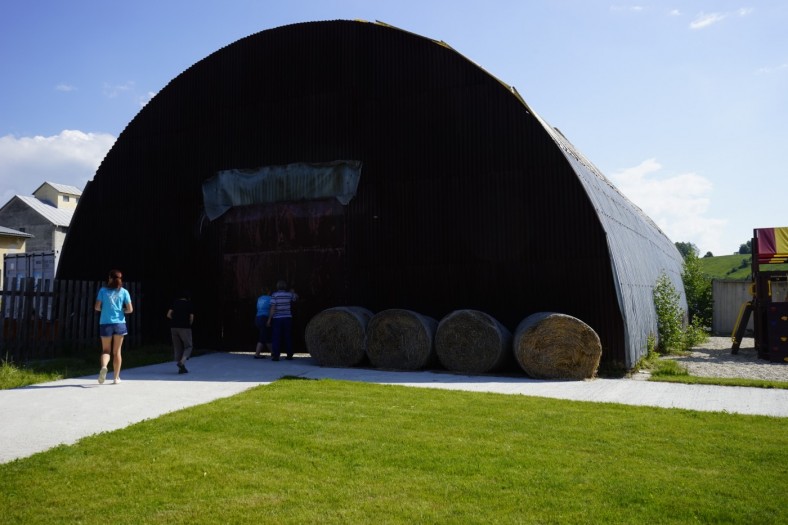 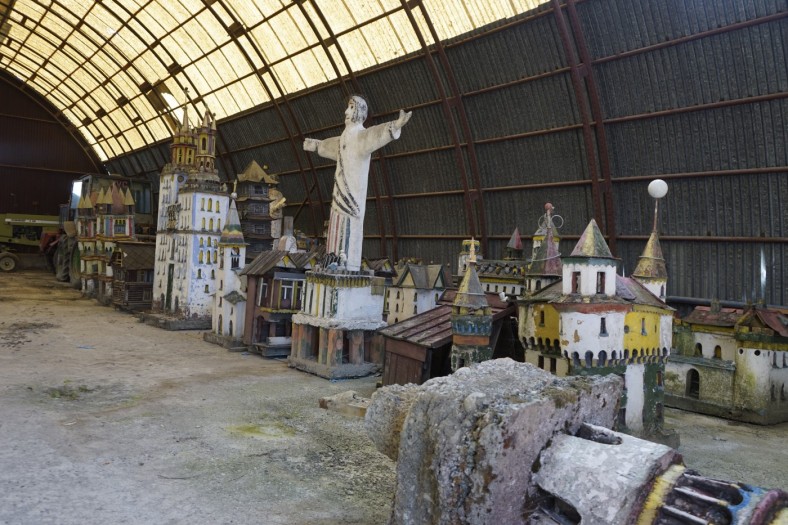 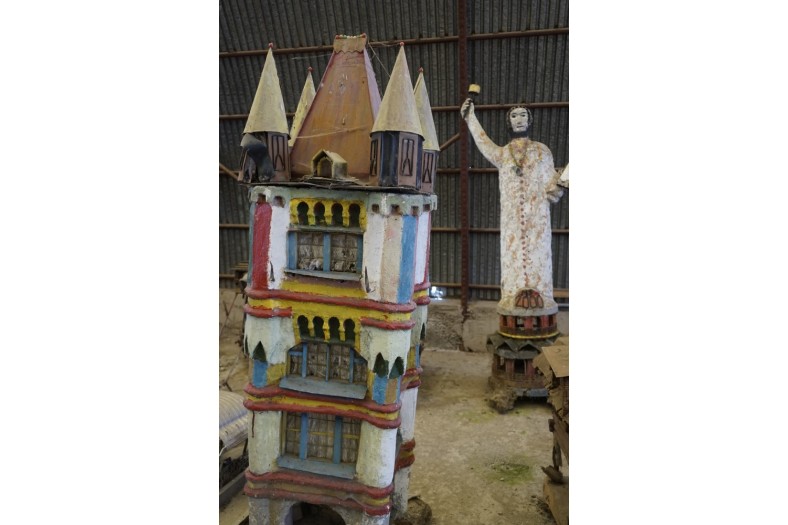 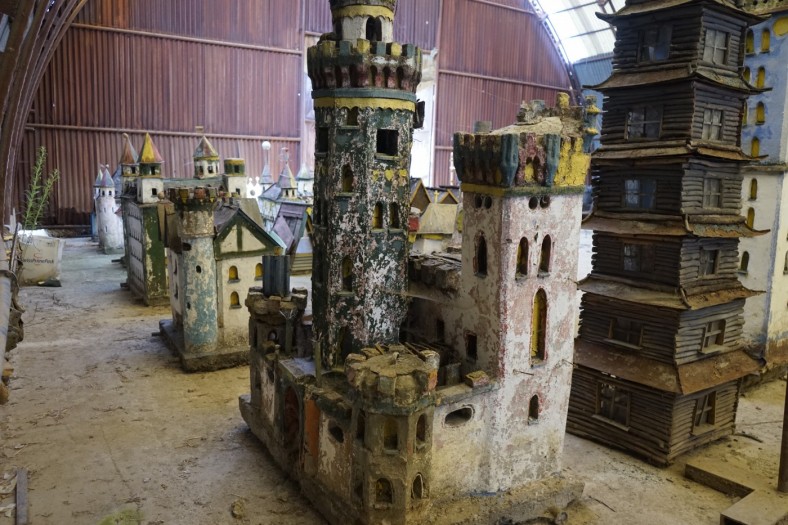 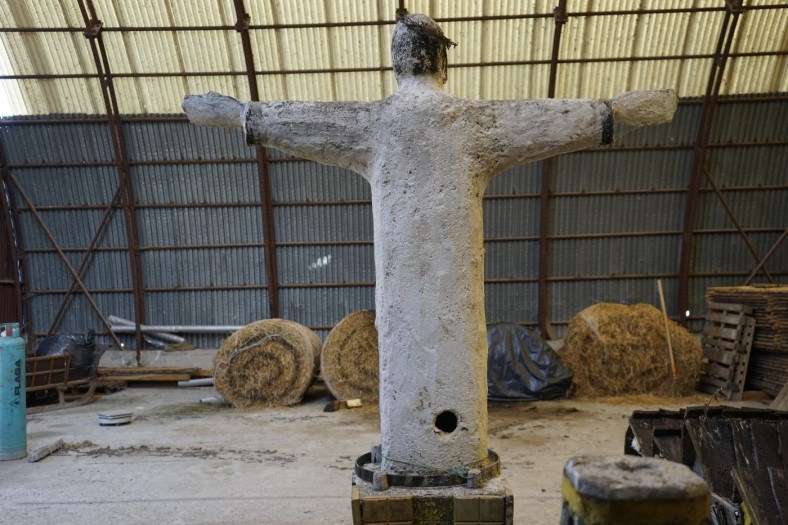 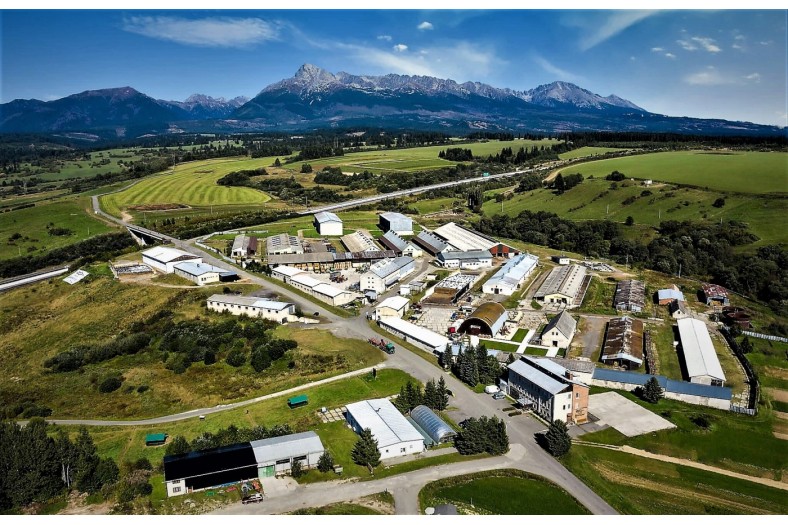 The work is currently in storage and not accessible to the public.

​Martin Sabaka was born on January 9, 1925 in Východná, Slovakia. After graduating from folk school, he went to Liptovský Mikuláš as an apprentice, where he trained as a shoemaker. From 1945 to 1947, he was a soldier in the basic military service, and upon his return he worked as a shoemaker in Liptovský Mikuláš until 1962. From there, he left to work as a transport warehouseman at the railway station in Poprad due to health problems. He worked there until his retirement in 1986. In 1950, he married his wife Eva and raised two sons, Martin and Ján.

In 1986, he survived a heart attack. He then began to pursue a new hobby – searching for discarded things in a remote dump and creating miniatures of castles, chateaux, churches, and statues. Significant in their creative and colorful arrangement, they were installed in the immediate vicinity of his house. He also continued to make shoes for the inhabitants of the Eastern and distant surroundings. Dozens of remarkable objects were displayed in his open-air gallery over thirty years, including large models of iconic buildings, world architecture, and sculpture like: Bratislava Castle, Bojnice Castle, the Leaning Tower of Pisa, the London Tower Bridge, the Eiffel Tower, the Statue of Liberty, the Chinese Pagoda, Christ the Redeemer, Marian Church in Krakow and many more.

Sabaka died January 3, 2016, and his unique and poetic work is currently stored in his native Východná, waiting to be revived.