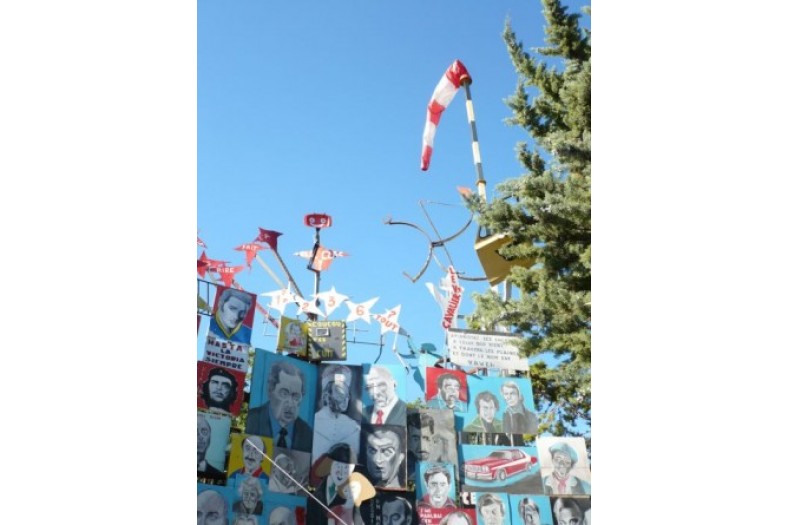 Very little is known of Michel Reverbel’s early life, although it is said that he had been in the army, and that later he earned his living making mechanical repairs for locals. He apparently has a capricious temperament: sometimes he would do repairs for free and other times he would get into such arguments with his clients that they would come to fisticuffs.

Michel Reverbel has created an elaborate environment on the side of the road fronting the main thoroughfare that runs through the small village of Viols-le-Fort; its placement is such that that the intent is for passersby to be able to view it without bothering the artist. Very little of the interior environment is viewable from the street, with the exception, on high, of a “ghost” airplane, complete with a “skeleton” pilot. A printed quote on the wing reads, “the future is not about predicting but about making it possible,” with an image of the writer Saint-Exupery.

On the exterior of the fence dividing his property from the road, Reverbel has hung a series of painted portraits. Images of world leaders (Putin, de Gaulle, Prince Charles) are installed next to portraits of international movie and television stars such as Peter Falk and Tom Selleck, musicians, and soccer players. Numerous placards with text are interspersed with the portraits; among others, one says, “Now I know. When I was young (as high as three apples) I said, I know, I know. At middle-age, I have learned more - that everything that I know can be contained in three or four words:  I know that one never knows….” A large sign on the top of what appears to be the entrance driveway reads “Hasta la Victoria [Towards Victory];” note that this is written in Spanish, not French. Another sign, outlined in red like the road signs found across the country, reads “Mériel,” a community in the department of Val d’Oise. Texts are written in French, Spanish, Provençal, and Catalan.

Reverbel is seen as an enigma among the townspeople; he has been described as méchant [mean] and a lunatic. He tends to keep to himself, although he does avail himself of local resources such as the bakery, as he walks over to get his bread each morning. His artwork and texts appear defiant in the face of community disapproval; a long text on the right side of the entrance driveway reads: “While one thinks that others predict the worst, for my part I have decided to continue to contradict them. It is therefore, when one has the chance to live forcefully, that one doesn’t want to hear predictions of one’s own demise. I still have a thousand desires, I am nobody’s fool, my end is no doubt programmed, like everyone else’s, but I wait for it serenely. And I will continue to annoy everyone who is frightened by movement and…vitality.” 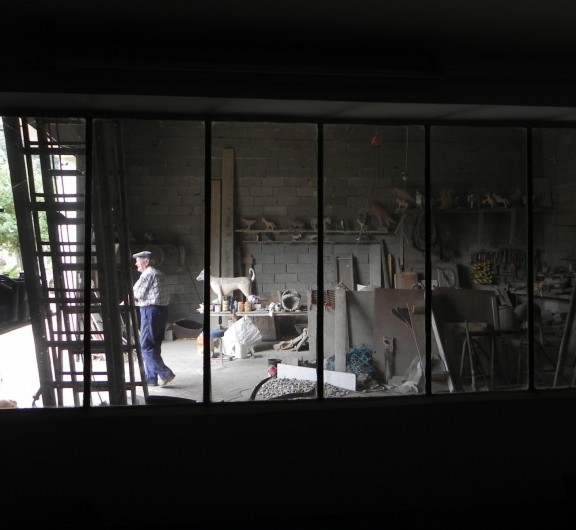 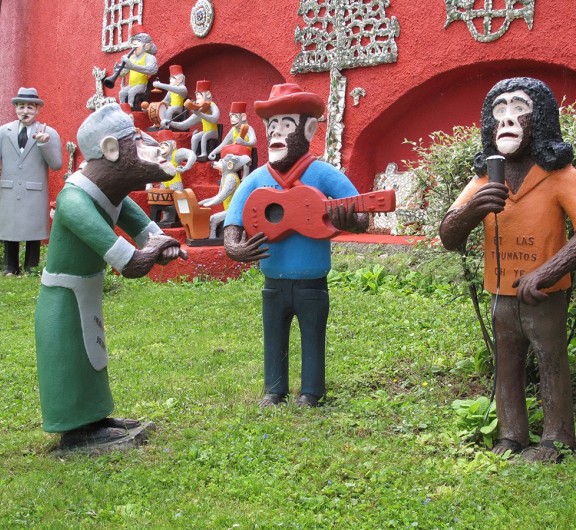 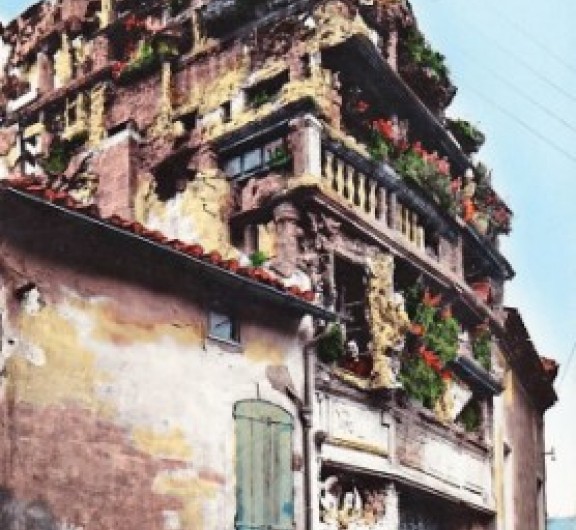 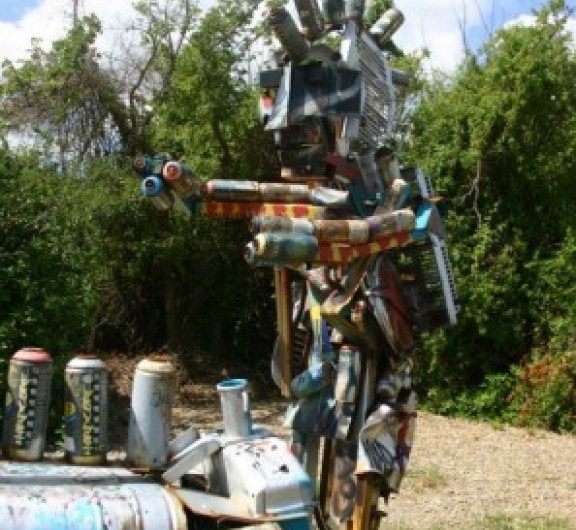