Born July 1, 1957 in Poitiers, Pascal Audin grew up in a family that treated him with denigration, a circumstance that practically guaranteed that he would experience problems as an adult finding his own way. Although he held various jobs such as painter at a construction company and stone cutter, he also was homeless for a couple of years and for some time lived in a therapeutic center.

The turning point in his life came at age forty, when a friend asked him why he did not try making visual art. Later, looking back at that moment, Audin said: "Ça a fait tilt dans ma tête, et depuis je peins. Je peins comme les enfants, de manière instinctive. Cela sort de mes tripes, de mon coeur (It clicked in my head and since then I paint. I paint like children, instinctively. It comes from my guts, from my heart).¹ His colorful and joyful paintings bear witness to a great imagination and curiosity.

In 2002 Audin settled in Gençay, a small town with some 1800 inhabitants located south of Poitiers in the west of France. In the market square in the center of town he was able to rent an old, rather dilapidated shop. He used this shop both as his dwelling and as his studio workshop. A self-taught artist, Audin produced a large quantity of all kind of artworks, including totems, paintings, and postcards. He decorated the interior and exterior walls with murals and installed a variety of items on the walls and ceilings, such as a collection of decorated snow/Christmas balls or a collection of keys. The artist's house became an art environment, which soon began to contribute to the identity of the town. Now identified as the painter of Gençay, Audin became a central personality of the community.

He was invited to take part in various expositions and he enjoyed cooperating with schools, working together with the schoolchildren to create large murals. An association Les amis de Monsieur Audin was formed, which in 2009 published a weblog with information about his exhibiitions and photographs of his artworks and house.

When in 2015 the period of Audin's rental contract for his house/museum/art environment was about to expire, the owner indicated that his intention was to sell the property. This would have meant that Audin would have had to leave and that much of his artwork might be destroyed or lost, so the Association of friends became active and organized a crowdfunding action, which was well reported upon by the local papers. In August 2015 it was announced that with € 15,000 raised through donations by friends, added to financial support from the Communauté de Communes du Pays de Gençay and from the Région Poitou-Charente, the necessary resources had been gathered to buy the house. At this time, the future of the site is secured.

Located just behind the town hall in Gençay’s central town square, M. Audin’s art environment welcomes visitors; if it is closed, much is visible from the street.

Located just behind the town hall in Gençay’s central town square, M. Audin’s art environment welcomes visitors; if it is closed, much is visible from the street.﻿ 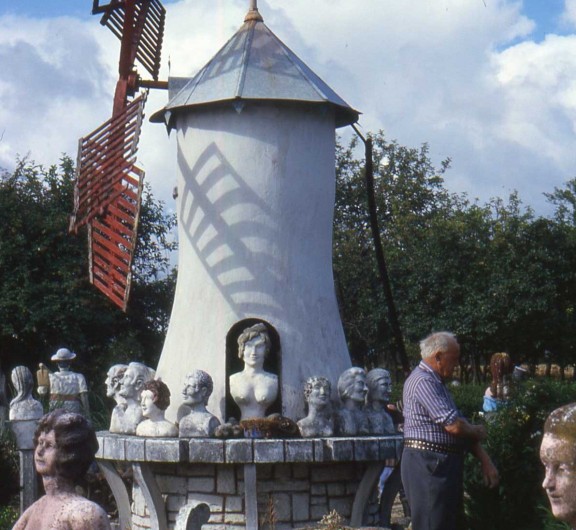 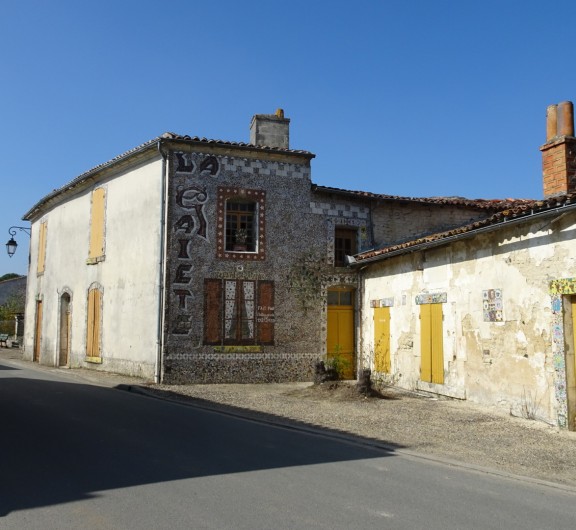 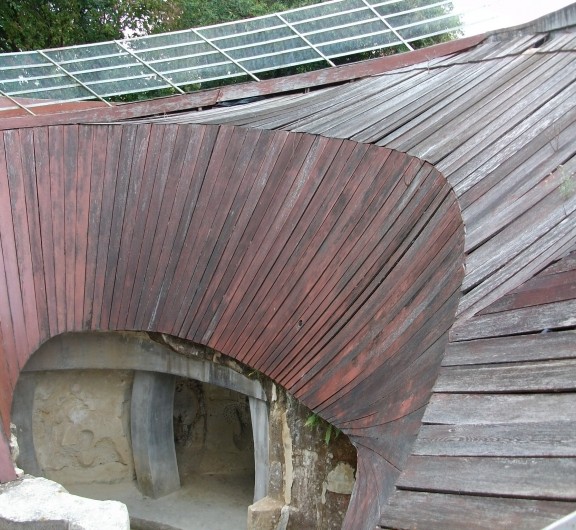 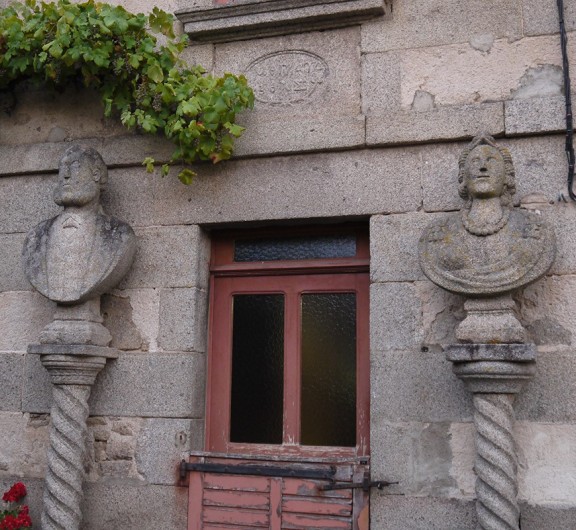 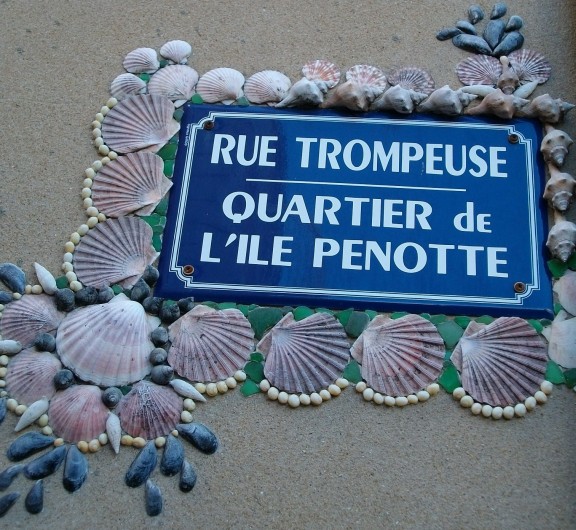 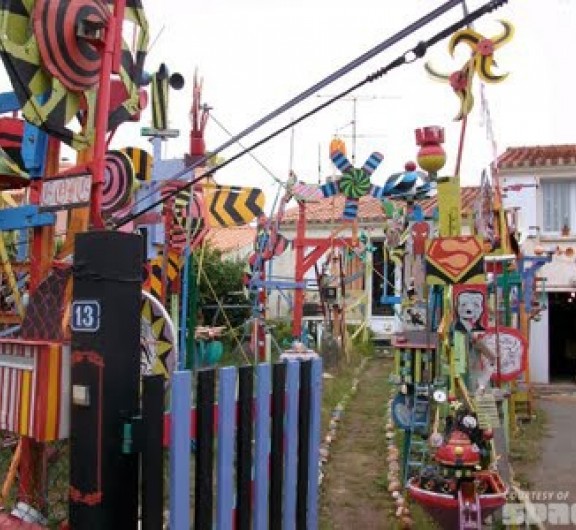