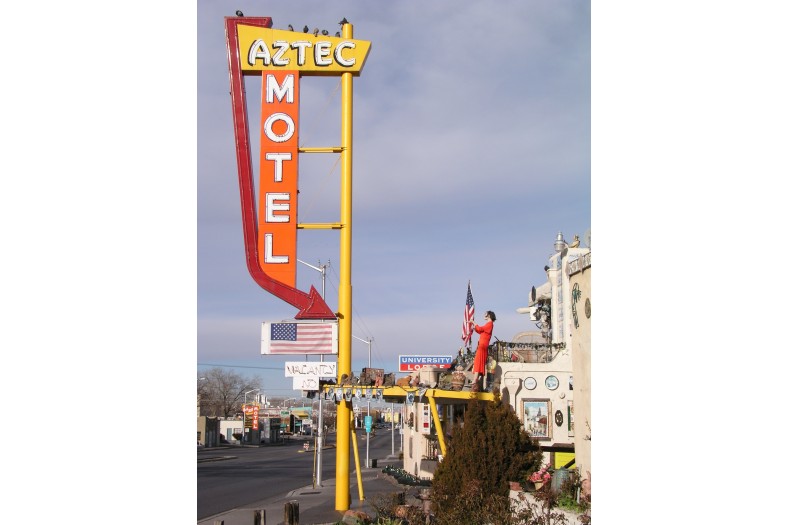 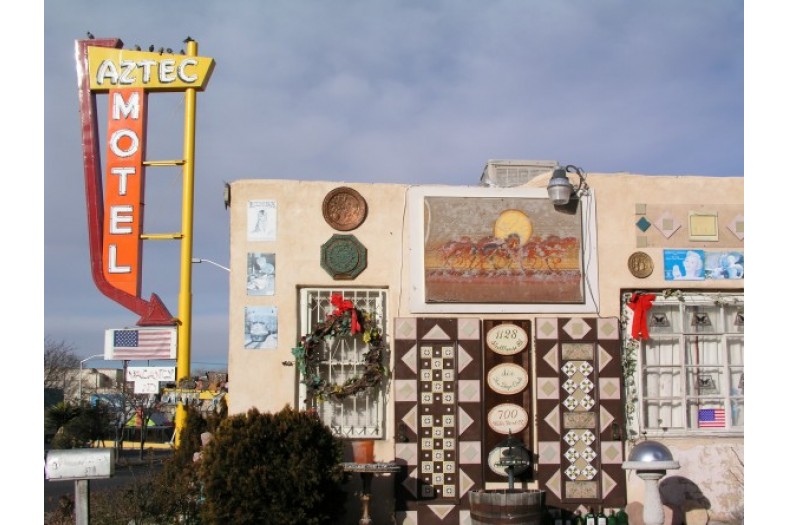 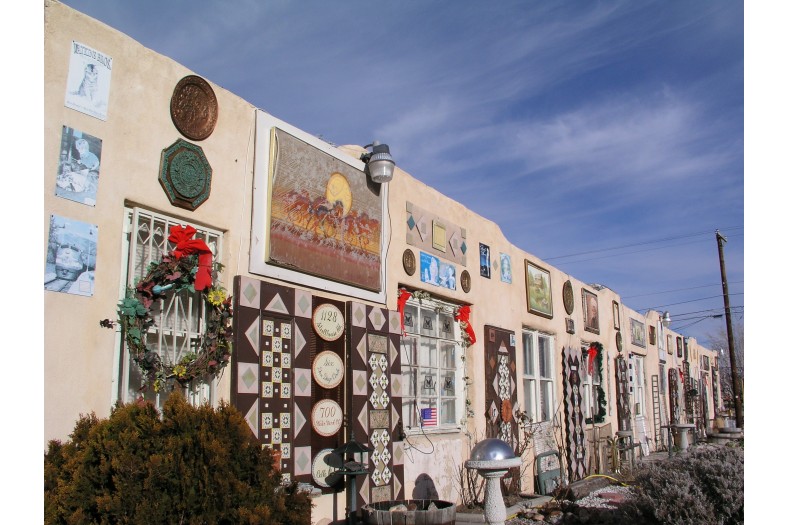 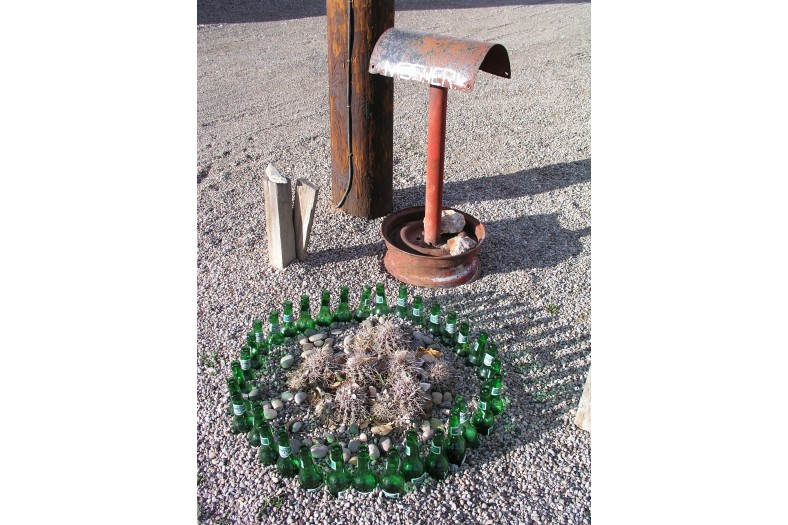 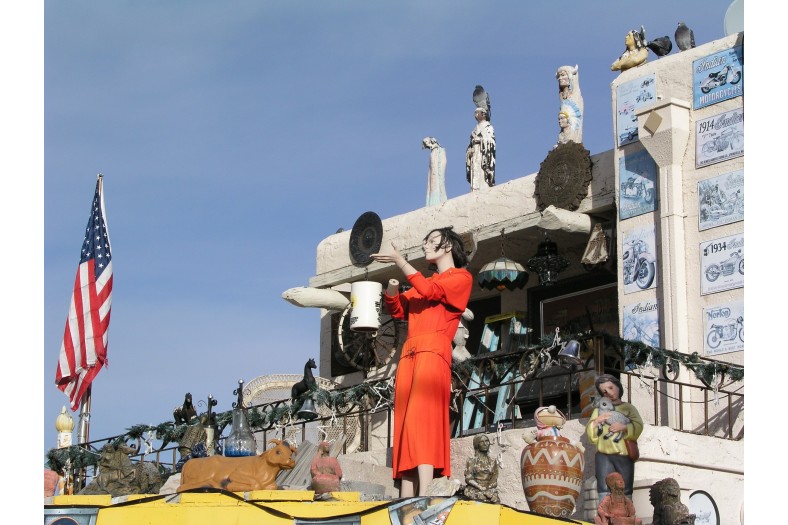 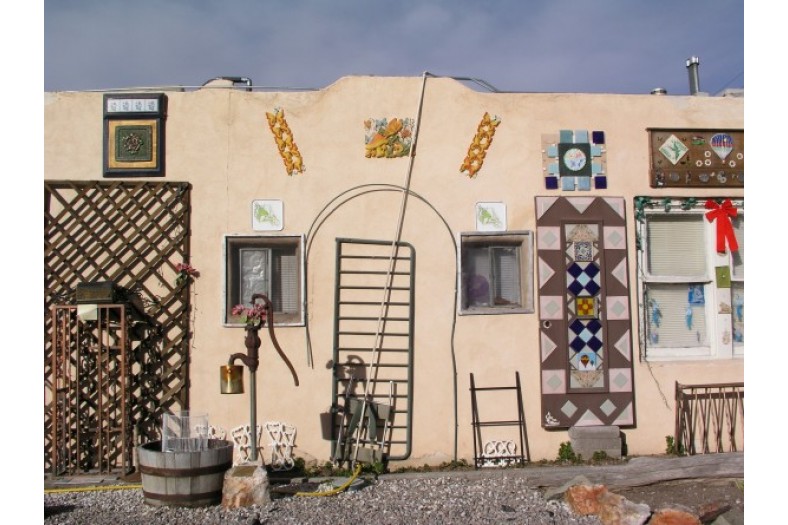 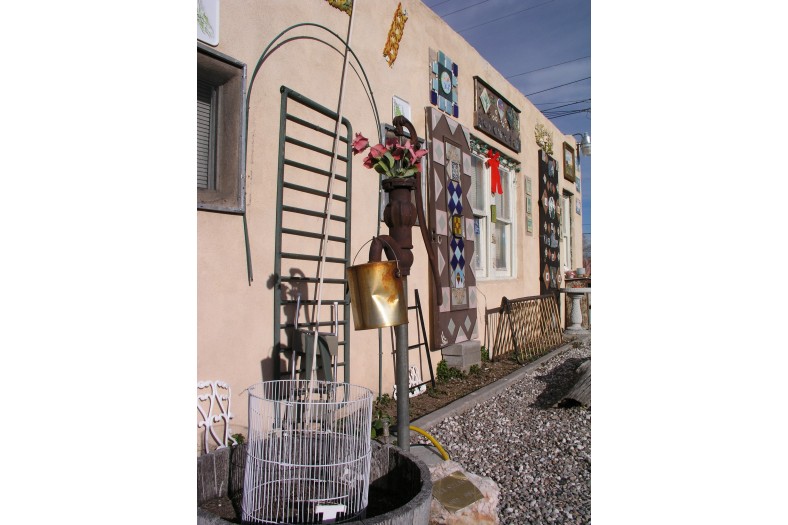 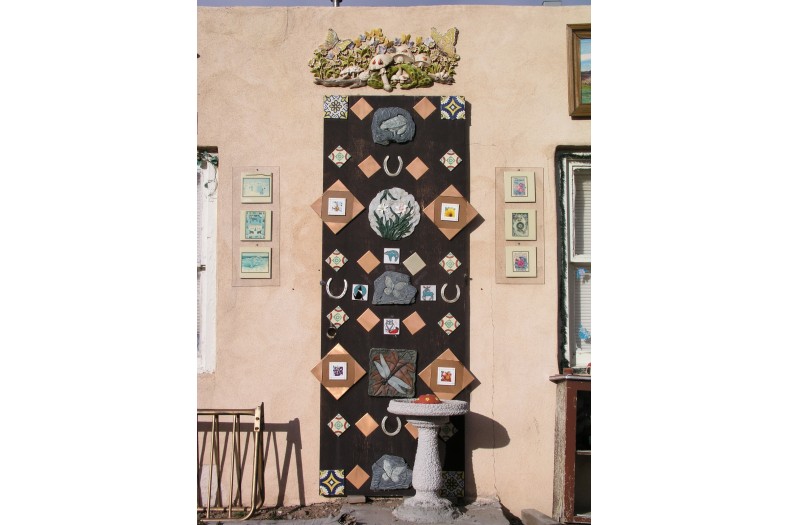 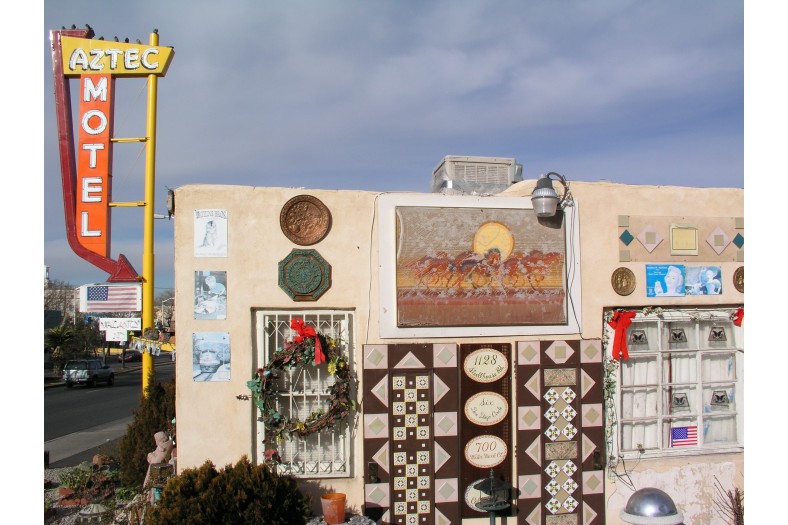 After teaching social work at Michigan State University, Phyllis Evans left the cold of Michigan to seek a warmer abode for her retirement. While she searched for a place to live in Albuquerque, she took up what she expected to be a temporary residence at the Aztec Motel. The Aztec, which had been the first built and longest continually-operating motor court on the section of Route 66 that passed through New Mexico, had been constructed in 1931. Originally called the Aztec Motor Court, it was constructed in a style known as “Southwest Vernacular,” and had thirteen units with three carports; these latter were later enclosed in the 1950s and turned into additional room units. In 1961 the original entrance sign was replaced with the colorful neon one that became the motel’s iconic banner.

The property changed hands numerous times over the years, and on June, 3, 1991 the motel was purchased by Mohamed Natha, who worked to renovate it so as to discourage the seedy clientele of prostitutes and druggies that had begun to hang out there. Part of his strategy was to rent only to longer-term residents; yet with the low weekly and monthly rates, assorted artists and other free spirits began to move in, and they began to decorate the motel with whimsical found objects.

When Evans moved in around 1994, therefore, the stage was already set for her own artistic intervention, work completely approved of and encouraged by Natha. Evans recounted that several days into her stay, she found a discarded whiskey bottle outside her doorstep; rather than throw it away in disgust, she set it upright and stuck a flower into it. As the bottles continued to show up, she continued to plant them with plastic flowers, arranging them around the exterior of the motel. Soon, street people and others were dropping off other materials – not only bottles and flowers, but broken ceramics and statuary, including a Buddha, a hobby horse, tires, framed thrift store paintings, a tin windmill, bed headboards, stained glass lamps, and all kinds of miscellany. And Evans kept incorporating them into the artwork that was growing around the motel. Booze-bottle borders set off randomly designed gardens, enhanced with broken ceramics, and stuffed animals. Both she and Natha bought things at garage sales, thrift shops, and antique stores to enhance the found object donations. A 1920s-style mannequin flapper, missing only one hand, welcomed visitors to the site. “I decorated my patio with odds and ends I picked up at flea markets,” Evans said. “My neighbors got jealous, so I decorated their patios, too.

Evans ornamented the building itself as well as the “gardens.” She covered it with multicolored Mexican ceramic tiles, musical instruments, figurines, metal crosses, paintings, and numerous old signs. Statues were erected at the roofline, mimicking a type of parapet, and the window openings were almost obscured by the numerous framed tiles, metal signs, and paintings that shared the façade. She also began to ornament the back parking lot; among the works there was a tree studded with assorted stuffed animals and dried flowers, topped with a stuffed toy gorilla family. Evans would direct some of her neighbors in the hotel to install works that needed to go up too high, or were too heavy for her to handle. Her intent, working with Natha, was to create a beautiful and welcoming site where there was zero tolerance for the domestic violence that had earlier plagued the short-term residents. And, as the two became friends – such close friends that it was as if they’d known each other in an earlier life, as Natha stated – they succeeded. “If you don’t put the seeds in the ground,” Natha said, “the flowers won’t come out.”

In 2001, Kirsten Browne, Jennifer Lipow and Steve Pergram shot a ten-minute film that featured interviews with Evans and Natha. “The Aztec” won the award for best documentary in the “Flicks on 66 Wild West Digital Shootout” film festival that year.

The original intent of the Nob Hill Development Corporation, which purchased the Motel in 2006, was to renovate and reopen it, as they had done with other motor courts along Route 66, and even to maintain Evans’s artwork. But they discovered that the building itself had serious structural issues, and even when the partners tried to parse the investment with strategies such as developing retail or office spaces, short-term housing, or a boutique hotel, they couldn’t make the financial numbers work out. After they filed a demolition order, the historic preservation planner for the city of Albuquerque tried to see if there was any other means to save the structure, which was on national and state historic registers. However, in the end, all that could be saved was the iconic entrance sign; the motel and all of the artwork were demolished in June 2011.

The site is no longer extant. 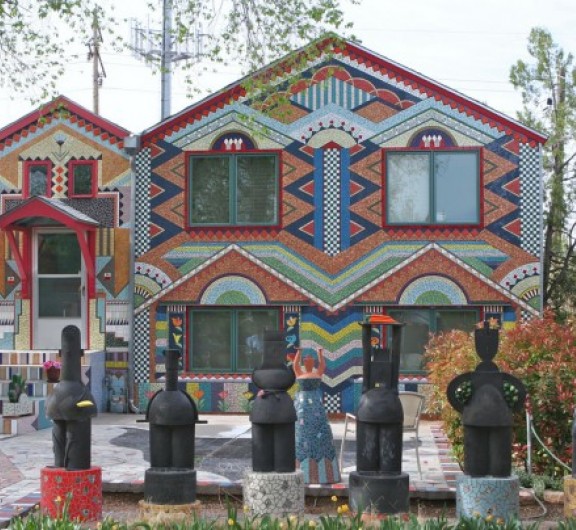 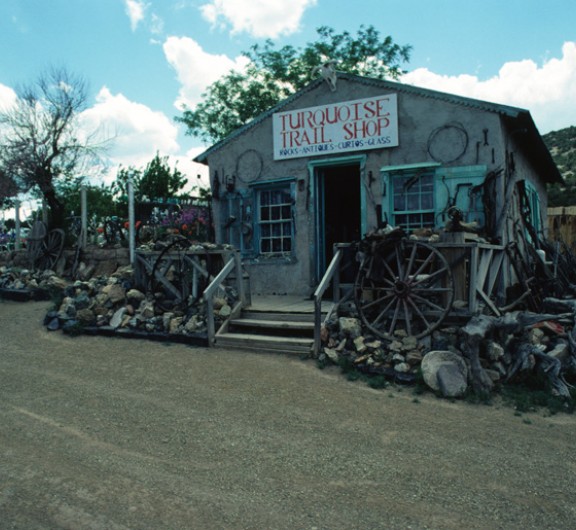 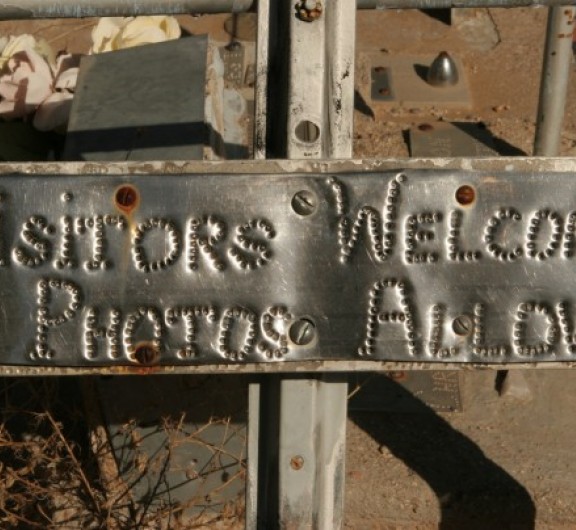 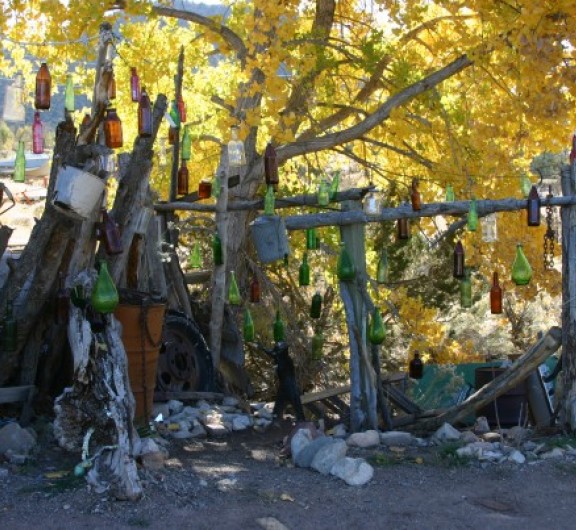