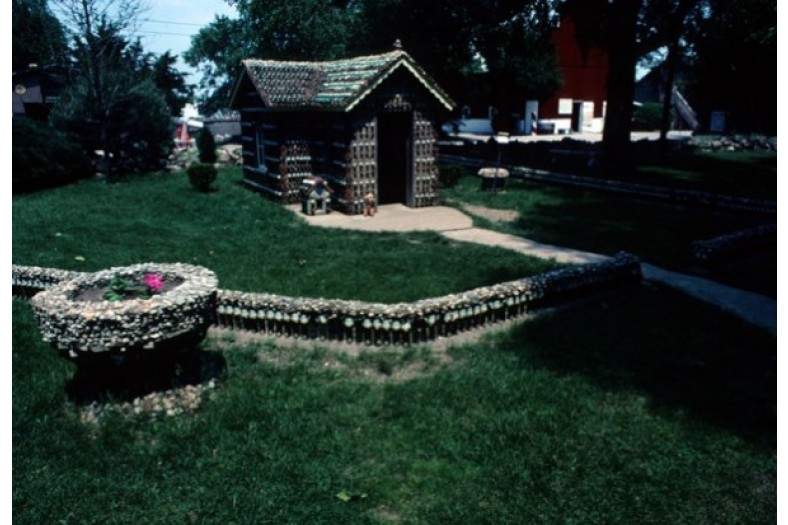 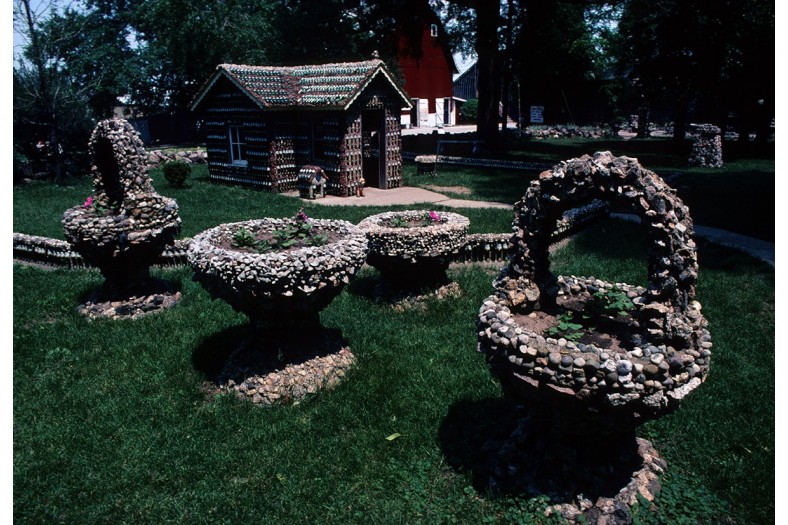 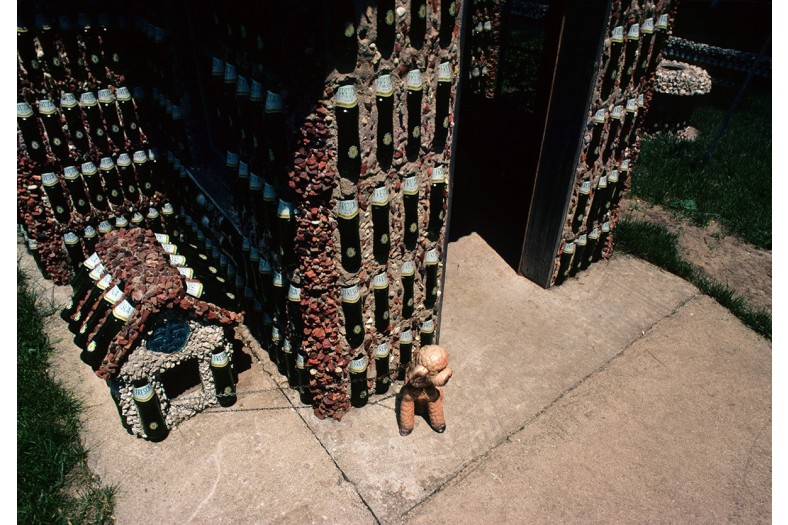 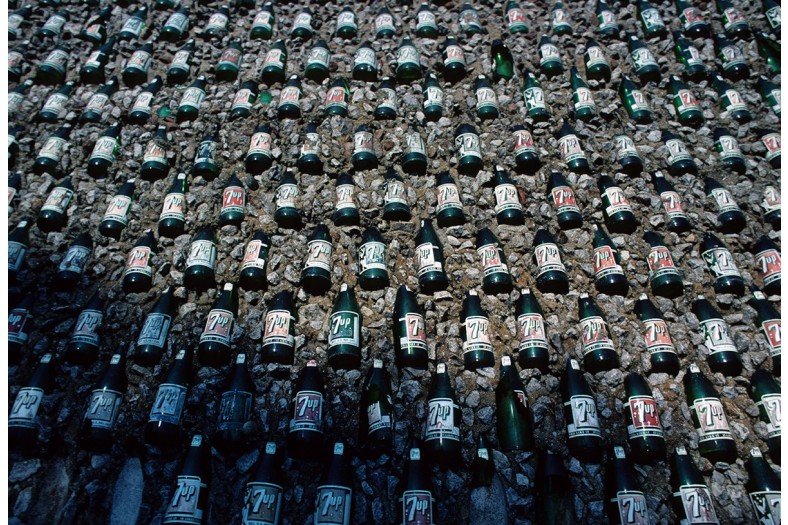 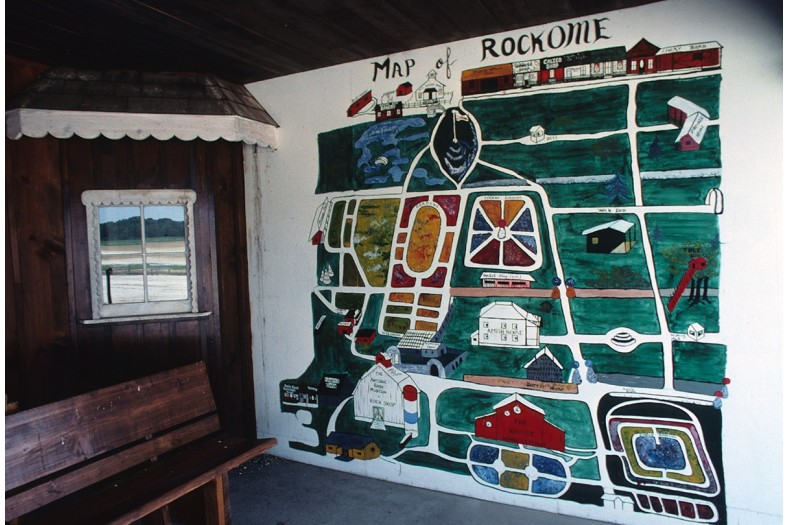 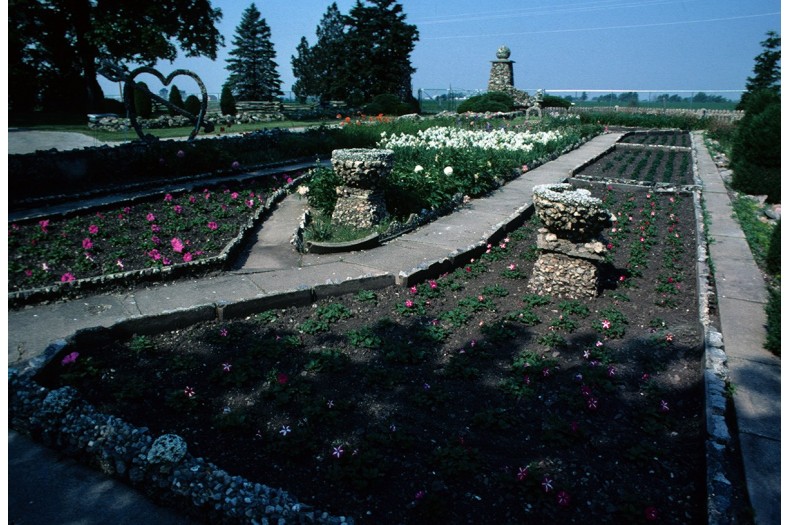 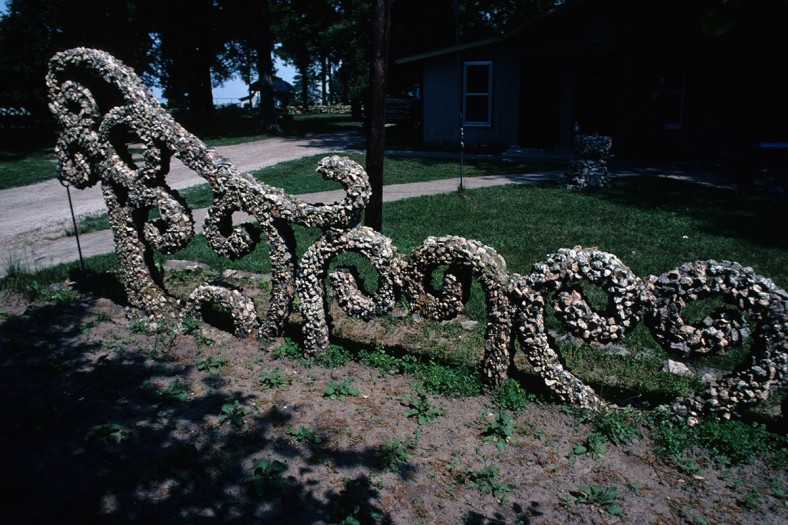 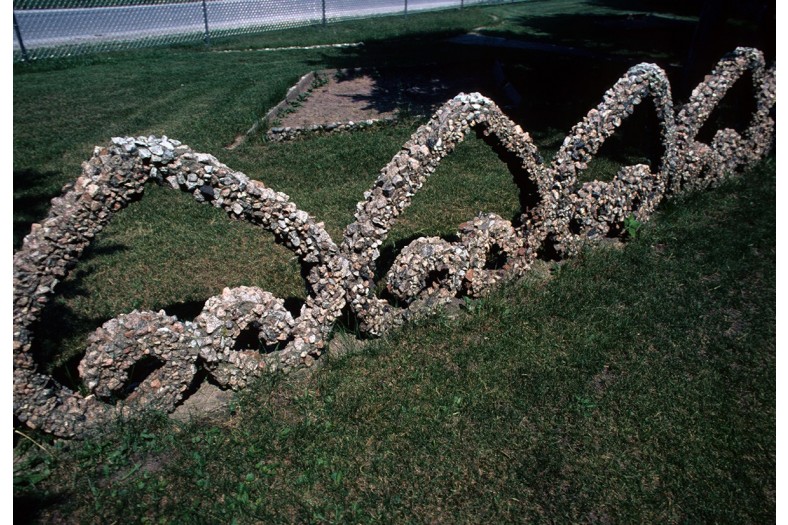 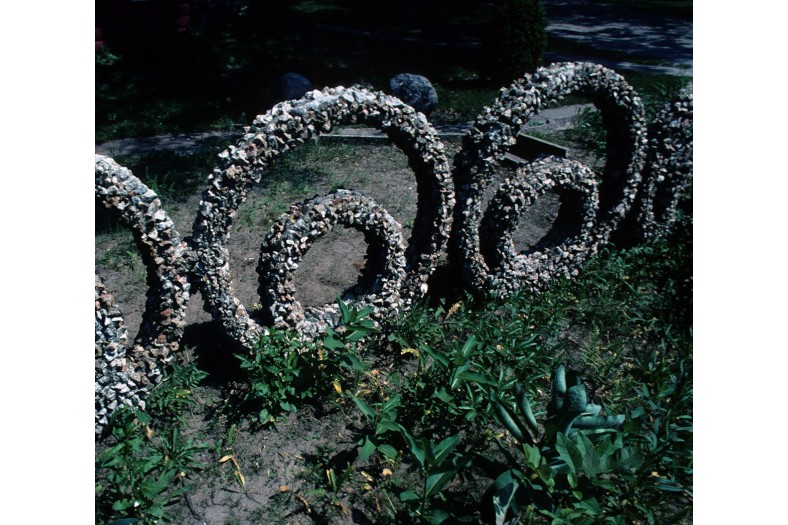 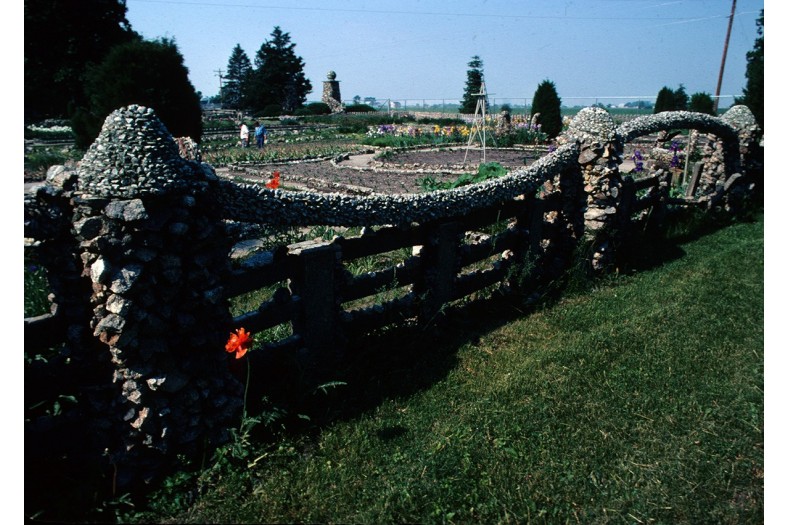 Rockome Gardens is open to the public six days a week, year round. It is closed on Sundays.

A small-town industrialist, Arthur Martin added rock gardens and ornamental fences to the grounds of his summer home outside of Arcola, Illinois. In 1939, he began to build Rockome Gardens, drawing inspiration from attractions he’d seen in his travels, including grottoes and shrines in Dickeyville, Wisconsin, and West Bend, Iowa. Elaborate shell fences and edgings for the different garden areas, large concrete sculptures, and small bottle houses are included among the constructions.

By 1948 Martin had imposed a small admission fee in an effort to control the number of visitors his property received on weekends. Three years later, he sold the grounds and buildings to the Mennonite Church. A plan to build a home for retired missionaries on the site was never realized, however, and in 1959, the property was sold to Elvan Yoder, a farmer who had previously rented acreage from Arthur Martin.

Arcola is considered the entrance to Illinois Amish country. When Martin built Rockome Gardens there was no opposition from the Amish community, which is reluctant to criticize non-members, but Elvan Yoder had once been a member and had broken away to join the Mennonites. When Yoder bought Rockome Gardens and began fulfilling some of the commercial possibilities for the site that Martin had discussed with him (including a gift shop and snack bar) there was much community displeasure. Some of the objections stemmed from Amish disapproval of those who abandon their church, as well as the increase in traffic near their fields, and Yoder’s institution of a Sunday opening at the Gardens, which encouraged visiting tourists to photograph Amish families, despite their objections, as they rode to church in their buggies. In the mid-1960s, Yoder sought to counter community objections with the addition of an “Amish House” that celebrated his neighbors’ lifestyle and traditions.

1 folder: clippings, images, maps, pamphlets and a 1975 thesis including a chapter on this site. 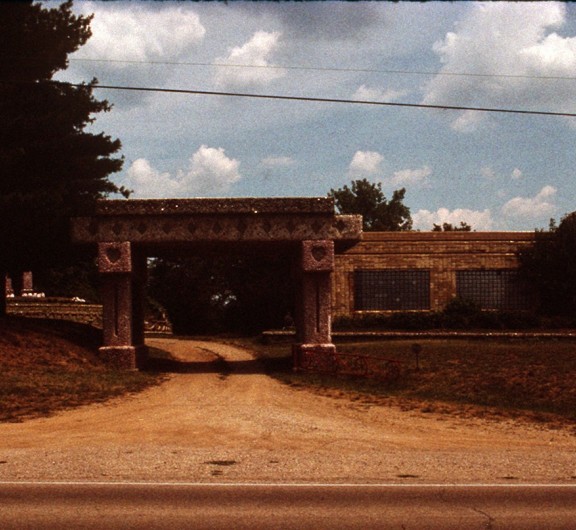 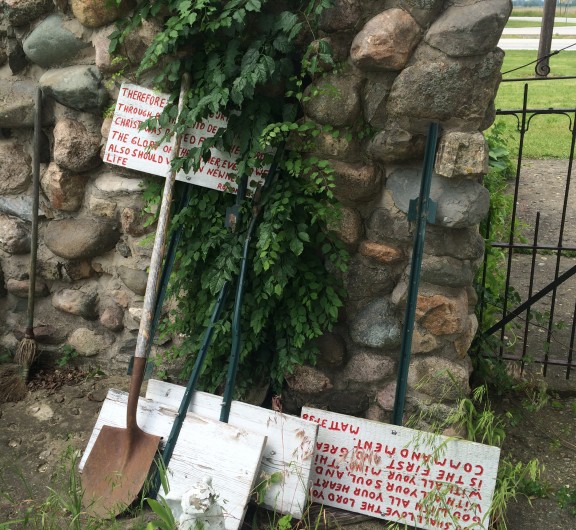 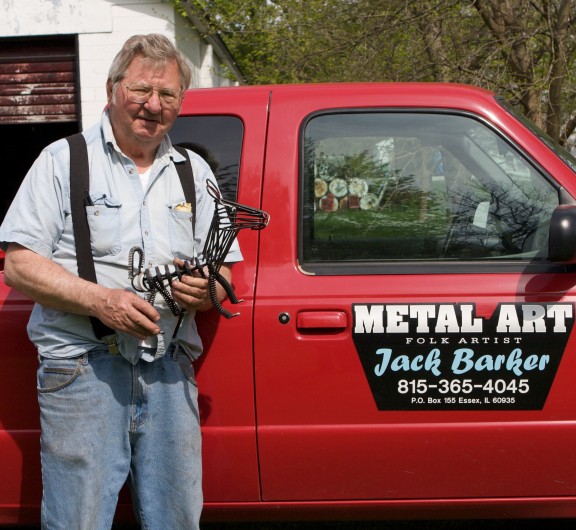 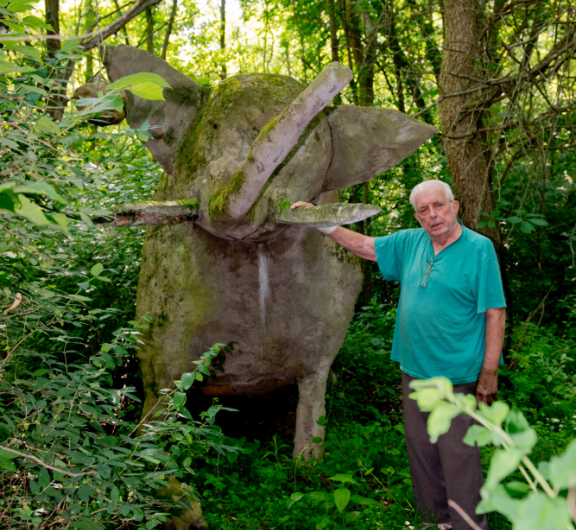 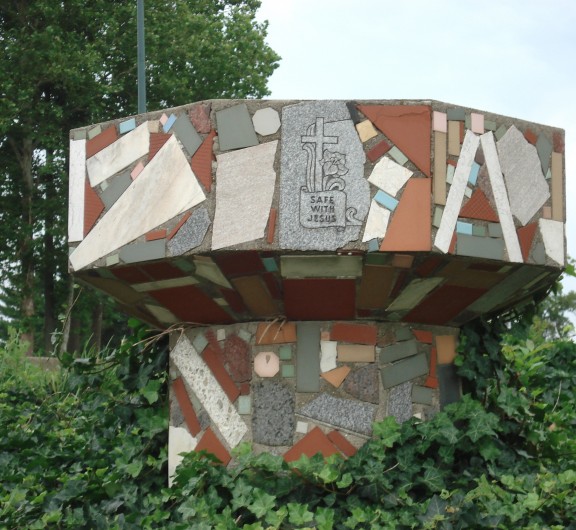