When the City told Ron Lessman to “pick up” his old trucks, he did just that, driving them head- or tail-first into his family’s fields at an angle that recalls Ant Farm’s cars at Cadillac Ranch (although the name is specifically referential not, as would be suspected, to England’s Stonehenge, but to Jim Reinders’ Carhenge, in Nebraska, see http://spacesarchives.org/explore/collection/environment/jim-reinders-carhenge/). Subsequent to “planting” these vehicles (actually, most are just the exterior frames), Lessman spray-paints them with slogans, rants, and both abstract and figurative forms. He encourages visitors to do the same. In addition to the full truck bodies, there are also smaller works; a field of truck bumpers, for example, is titled Bumper Crop.

This reference to agriculture is not casual; Lessman’s family has owned and farmed this property since the 1870s. (A farmhouse on site, in which they used to live, dates from 1864, although it has been raised after suffering several floods from the nearby Kansas River.) Lessman and his wife Linda currently raise small fowl and tomatoes, but the main attraction (beyond the trucks, of course), is a 30-acre pond stocked with thousands of catfish. Visitors may make an appointment to fish for a small fee per pound. This manmade lake came about as a result of a disastrous flood in the mid-1990s, which wiped out the farm’s topsoil; always creative, Lessman modified his work trajectory and had a huge pit dug out to create the fish pond and another income flow.

Lessman has “planted” boat hulls in another section of the property; they, too, are anchored into the ground at an angle similar to that displayed by the trucks; thousands of pounds of cement are used to ensure the stability of the vehicles. And in yet another area, Lessman has built several bottle sculptures, the preliminary structures of what he has named Beer Bottle City. Several of these are formally minimalist – a 20-foot-high tower, an arch – but others are more expressive, such as the piece Kansas Tornado, which includes bottles mounted on wires looking as if they have been flung out in all directions: hubcaps, struts, and other found objects complete the palette and reinforce the iconography of the title. Lessman is fighting Shawnee County officials for the right to maintain this artwork on his private property.

Lessman and his wife live in an enormous Quonset hut on the property, ornamented and enhanced with a wide variety of recycled and found objects. Colorful bottles horizontally set into the wall form the southern end of the structure. The lower level is Lessman’s workshop, and sections of the interior are also home to some of Lessman’s collections, such as fossils – including a camel jaw and a mammoth tooth – as well as baskets, many of which are hung from the ceiling in the second floor living area. The flooring is made from palettes that have been set and painted bright colors, and Lessman’s paintings – colorful images (many of trucks or other vehicles) on board, canvas and even on the sides of the house – enhance the site.

While Lessman continues to fight with Shawnee County officials, who remain worried that his artwork will become a public nuisance if the land floods again, envisioning that it will float down the river wreaking destruction, he nevertheless continues to add sculptures to the property. In 2006 the Shawnee County Preservation Association honored Truckhenge with a Kaw Region Art Park plaque.

As this is private property, call ahead to reserve a spot at the fish pond or to secure a tour by Ron or Linda of the sculptures on site.

As this is private property, call ahead to reserve a spot at the fish pond or to secure a tour by Ron or Linda of the sculptures on site.﻿ 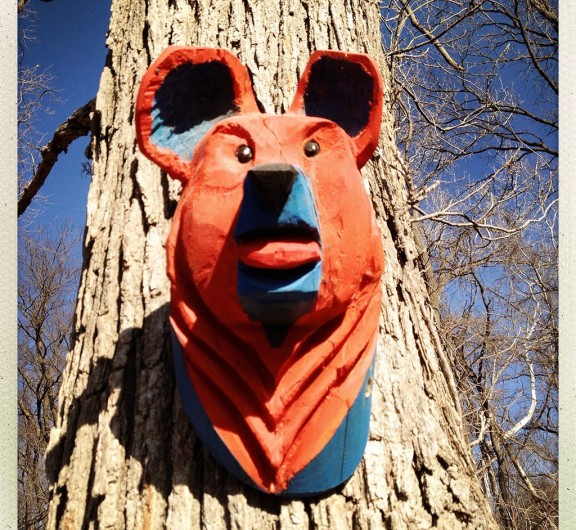 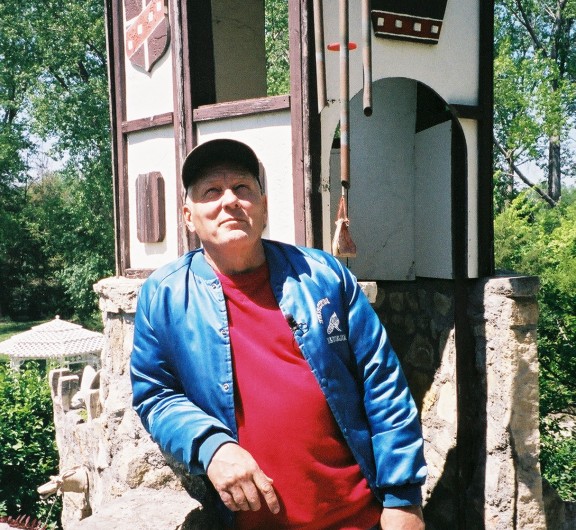 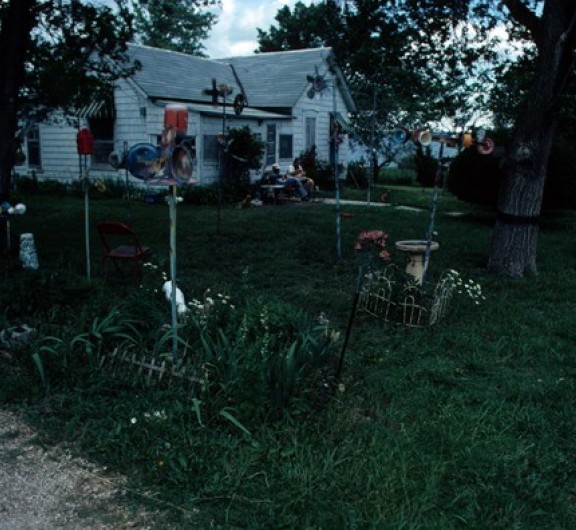