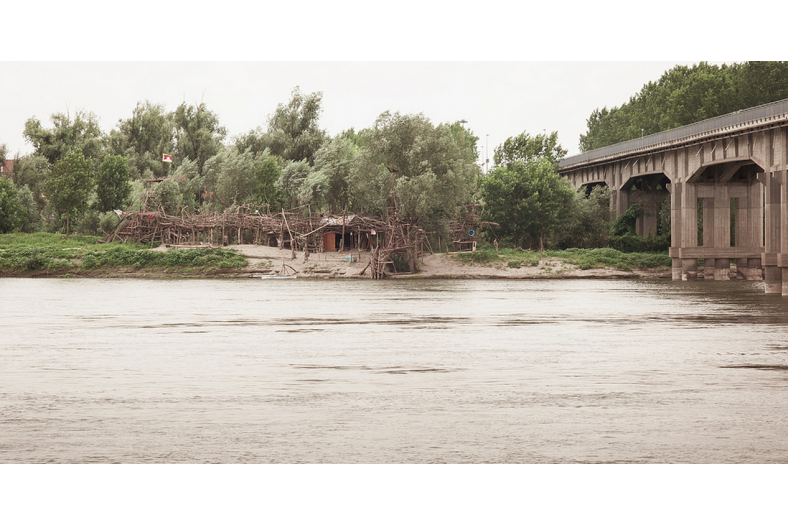 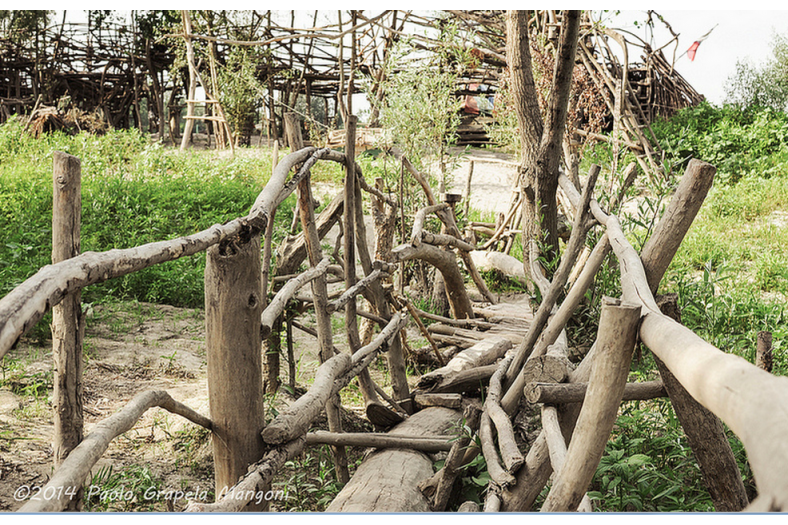 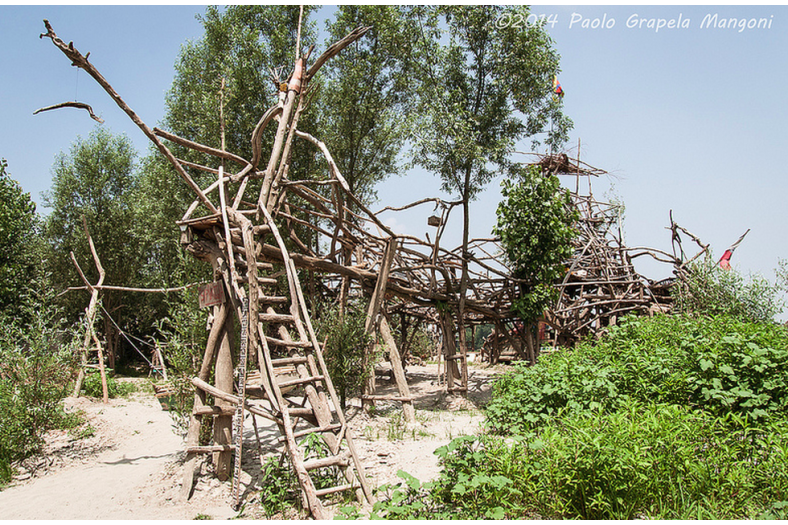 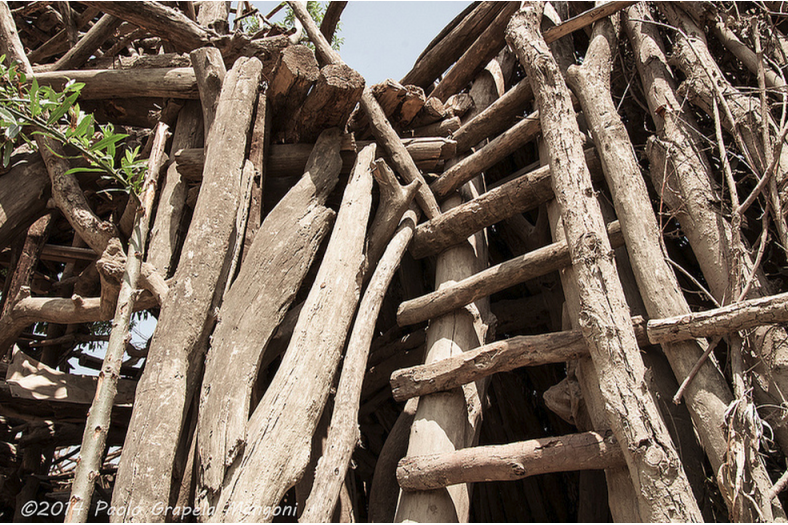 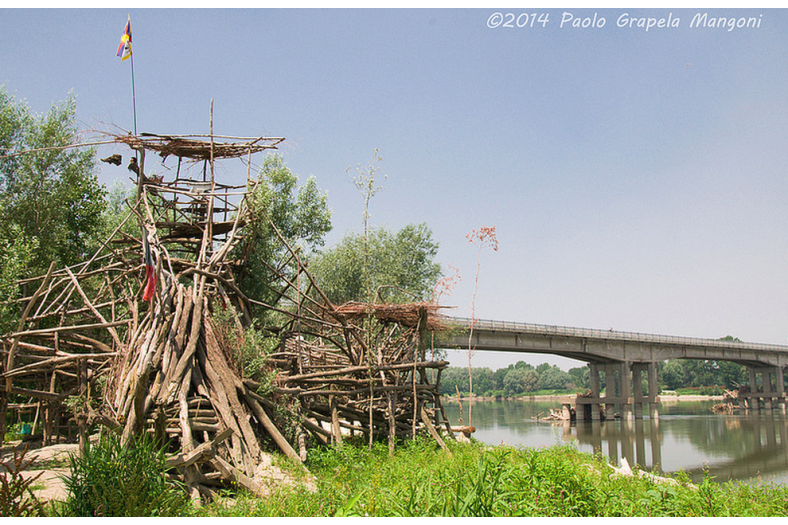 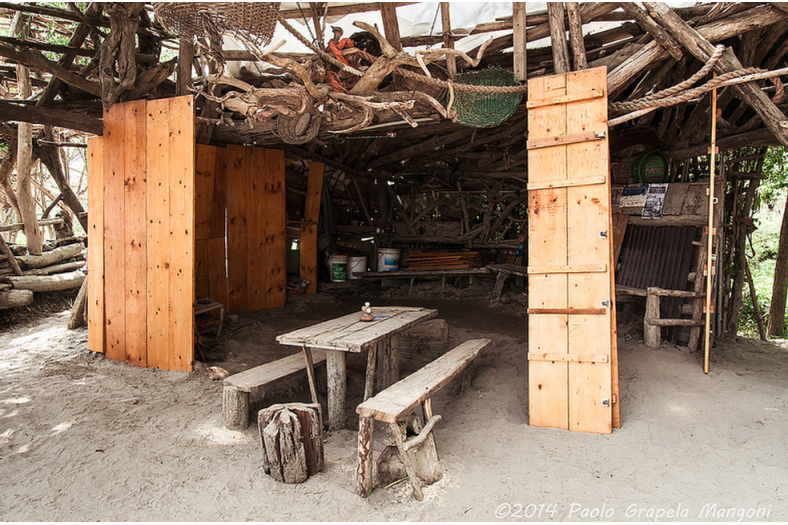 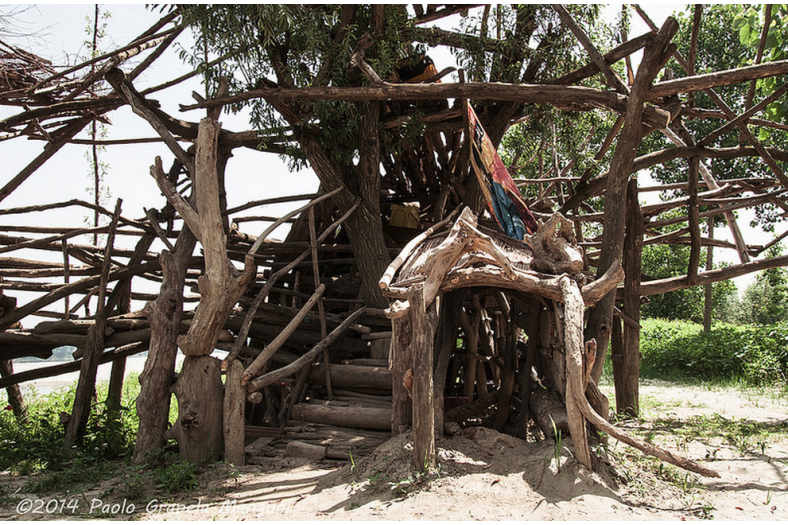 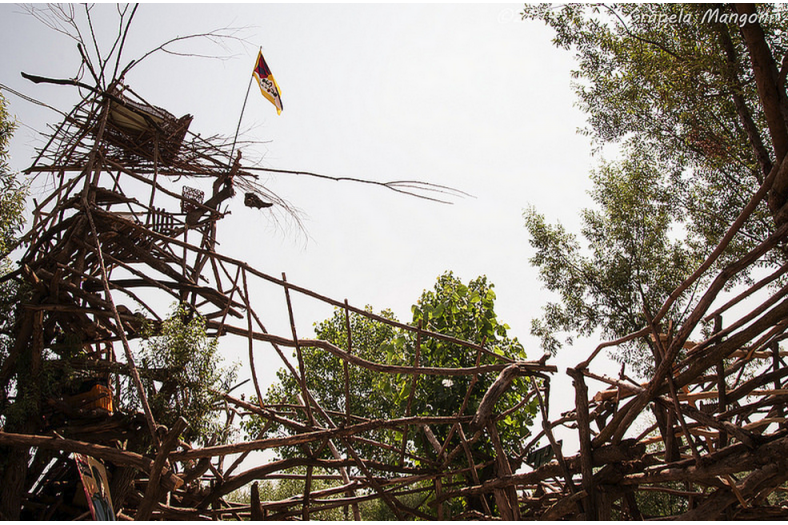 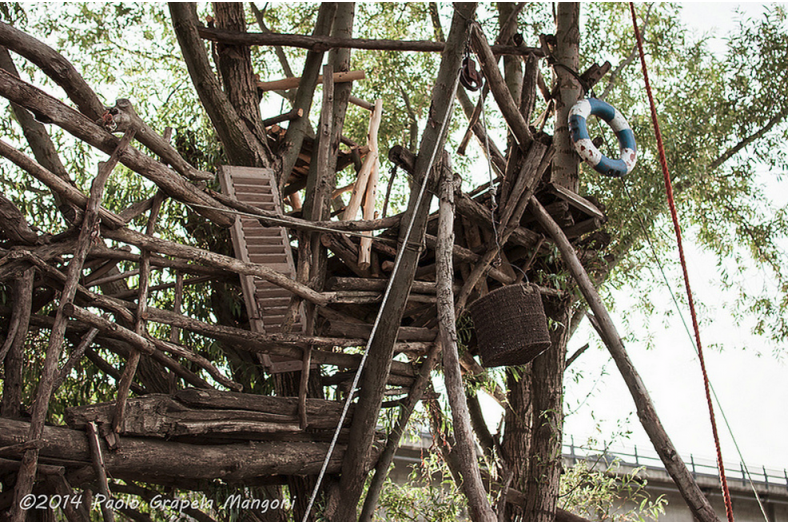 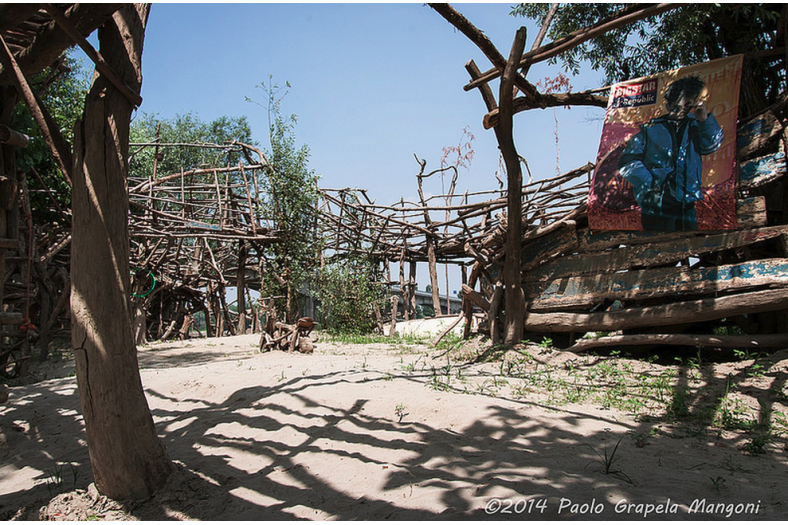 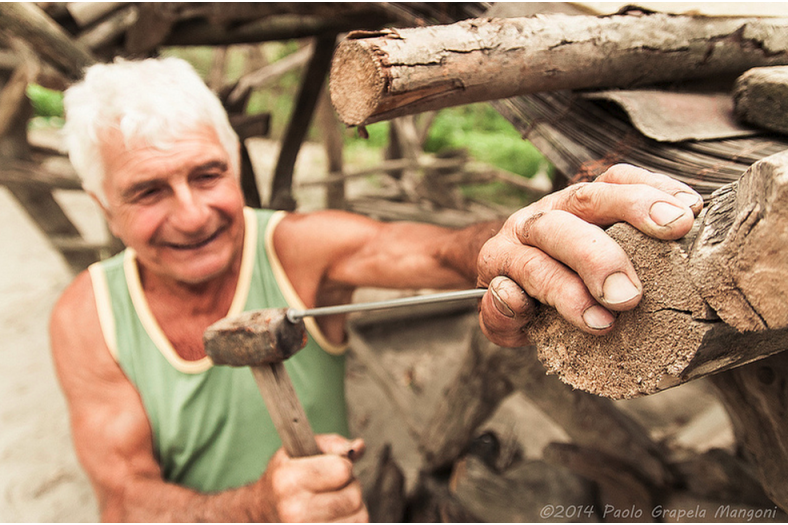 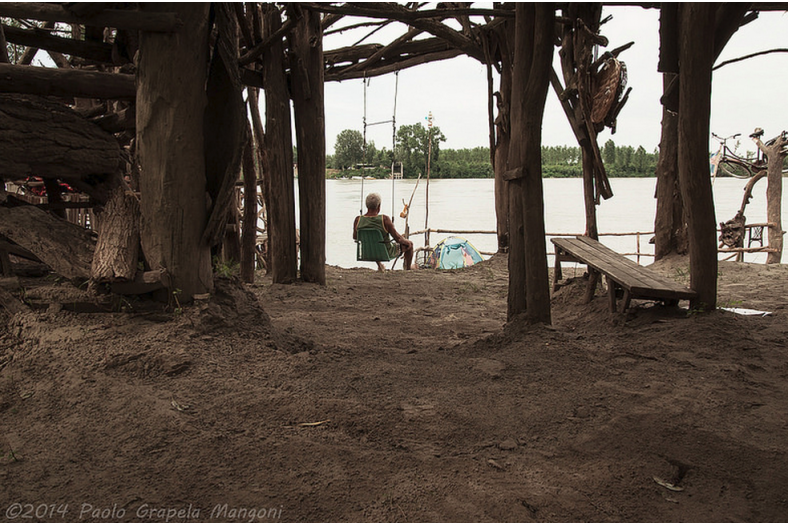 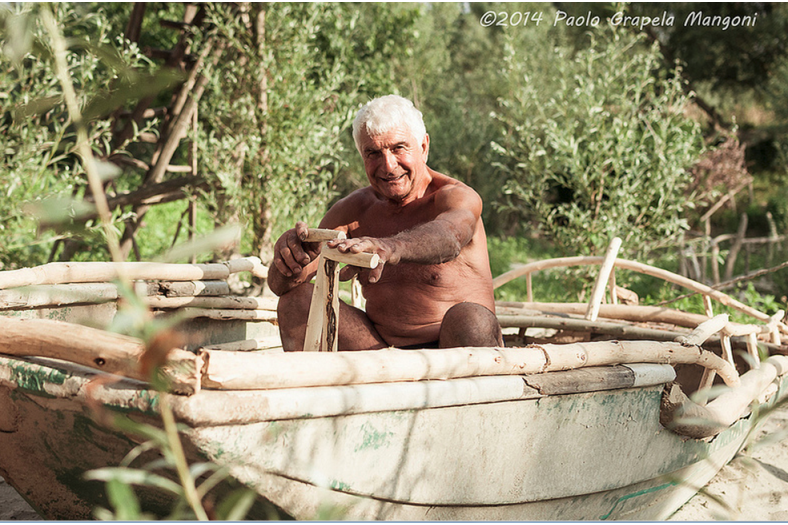 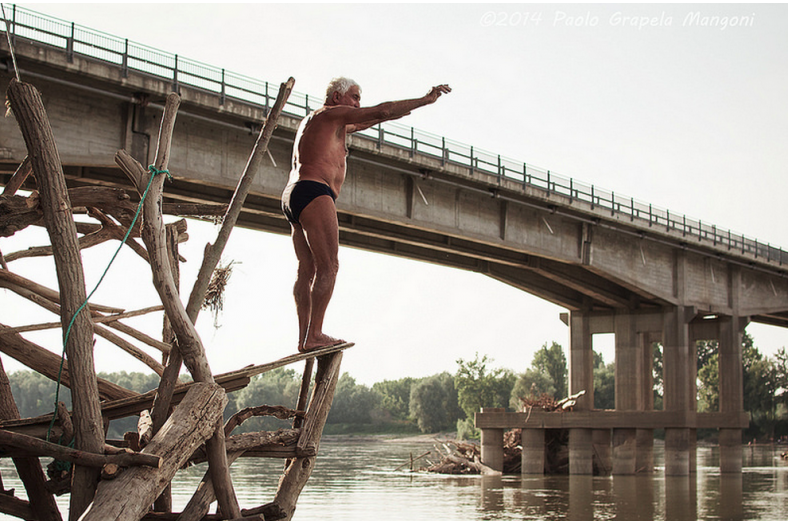 On the beach near the bridge in the road from Boretto to Viadana. Visitors welcome.

Born in the city of Catanzaro, the capital of Italy’s Calabria region, Alberto Manotti moved to Boretto in the north of the country during World War II. There he worked in a local furniture factory, but he became passionate about life in and around the Po River, as Boretto is located on its right bank, and he spent as much time there as possible.

In the 1970s, after a woman and her children drowned in the river, Manotti constructed a cabin on its bank that could be used as a refuge, an observation post, or a facility to warn people to be careful near the river. He used driftwood scavenged from the river to construct this cabin; he was pleased at his success in building it, and this may have inspired him to continue to enlarge his construction.

In 2009, after he retired, he was able to work full-time on his project. The wooden construction eventually took the form of a ship with a bridge, ladders, and walkways, and measured some 40 meters (98 feet) long and 6 meters (20 feet) high. There is also an observatory from which one can watch the river, as well as a lifeboat to escape from the "ship" in case the river rises to great heights. The site also has facilities where children can amuse themselves with swings and games.

The wooden structure is so firmly anchored and secured to the bank that it can withstand the river’s high floods. Of course the forces of nature have their impact on the construction as well, and it must be regularly maintained. Manotti also frequently implements modifications in the structure, so this art environment is subject to continuous change.

A photo mounted on the construction informs visitors how this all came about:

["Boretto...the river Po/Come to the beach to see the "ship"/ The great new construction by Alberto/Made with natural materials transported/by the river and many hours of work ...."]

When following the road from Boretto to Viadana and crossing the bridge over the Po River, one can see Alberto Manotti’s art environment on a sandy beach below. When Manotti is present at the site, visitors are welcome.