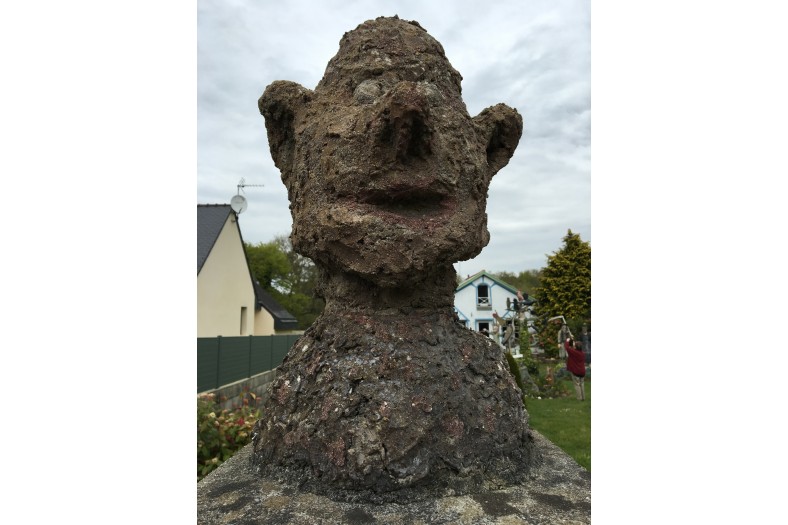 Used with permission of the photographer, Tim Craighead 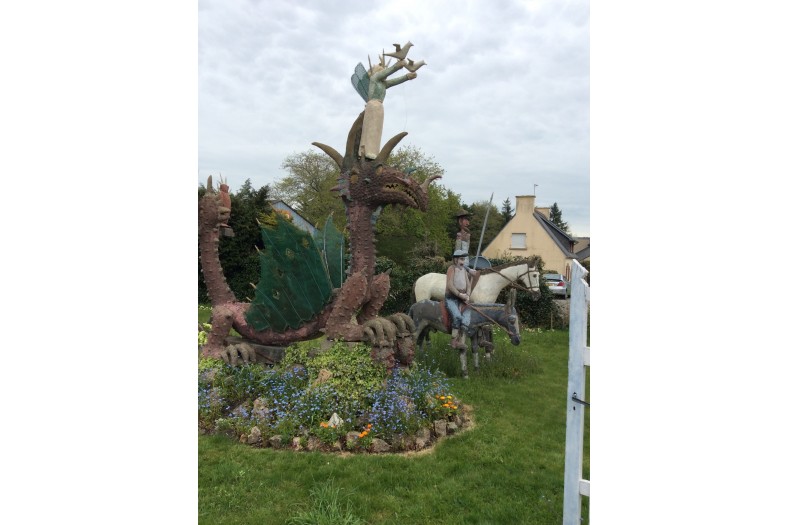 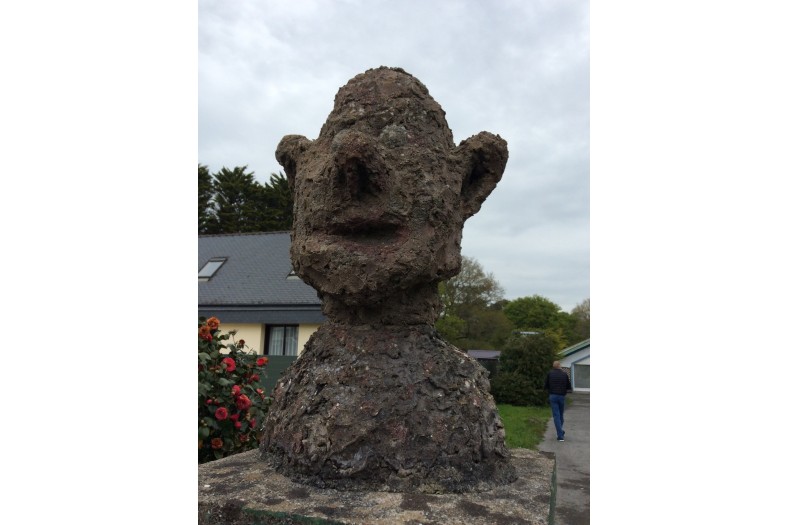 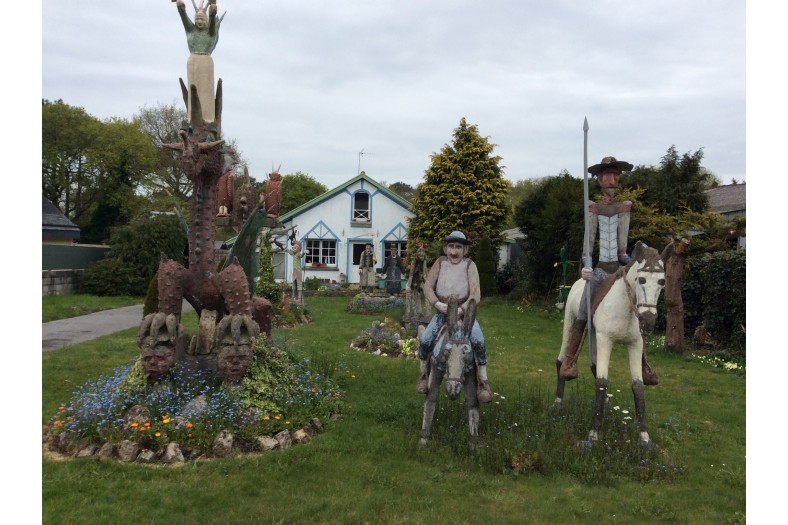 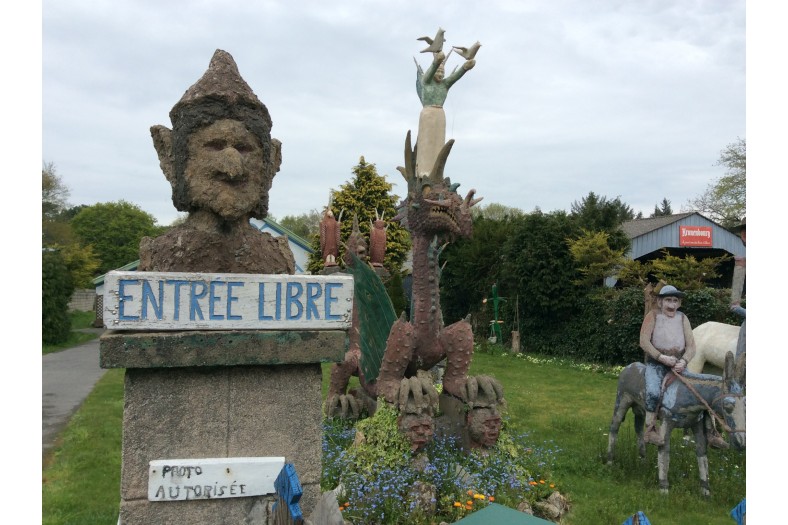 Gourlet, following in the footsteps of his father, was a carpenter; he finished his first object at the age of twelve, a wooden frame for his communion photograph. He excelled in creating a variety of wooden furnishings and furniture, many of which he decorated with elaborate designs.

He also became known as a sculptor, and created many small sculptures of religious figures as well as of iconic Breton characters that populate his neighborhood and his region. Among other works he created a tableau that represented his family’s farm in all its detail. He found, however, that people were less interested in his religious figures, and sales were few.

But in addition to these smaller works, he began creating a garden full of colorfully painted sculptures of people and animals. Again, many of these represent his neighbors and local flora and fauna, but there are also scenes from legend and tale, including Don Quijote with his sidekick Sancho Panza, a huge dragon, and more. In fact, he has come to create an entire bestiary of fantastic beings.

His first work was an Indian, created from an oak tree trunk, and reaching almost ten feet high. He covered this wooden infrastructure with cement and then painted it. Some of his works have been so large that he has had to use a tractor to help with the installation, and some parts of the works had to be added later, such as the feet of his large dragon.

He is impressed and somewhat surprised, still, at what he has been able to accomplish; “I ask myself how I was able to do this,” he says. But he says that he just needed to do something to pass the time, so he amuses himself with his sculpture and with his garden. 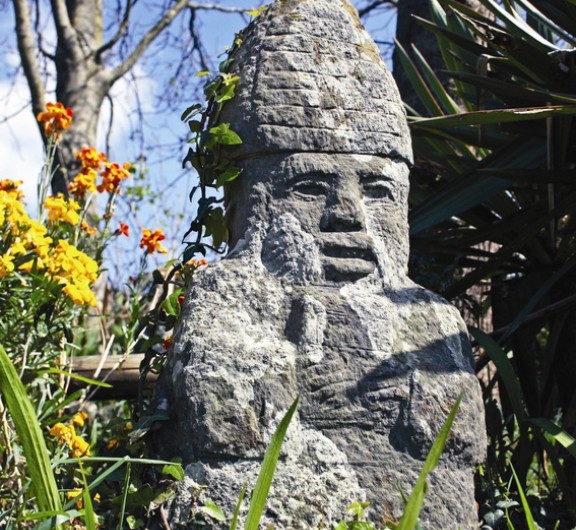 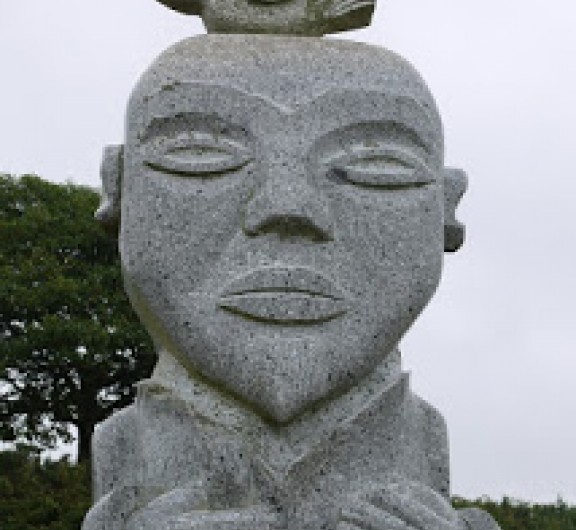 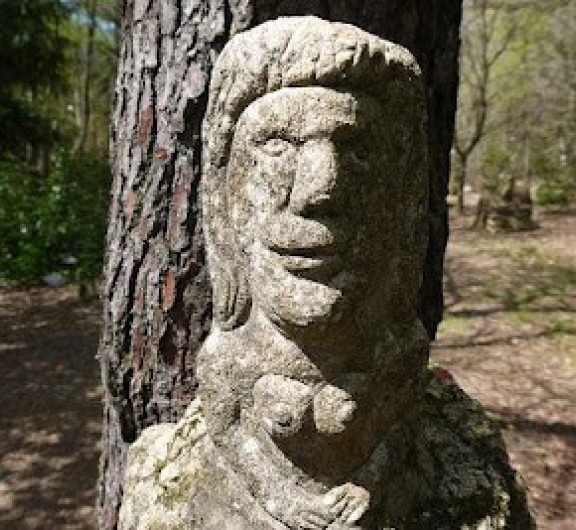 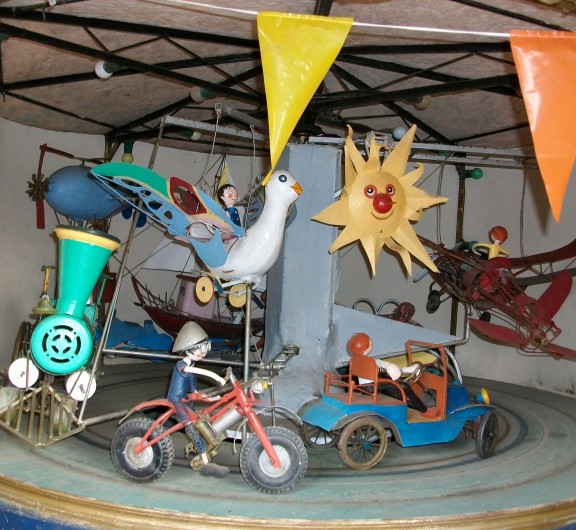 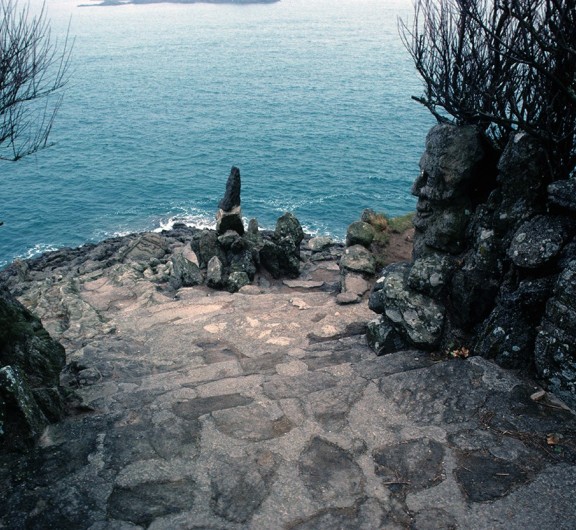 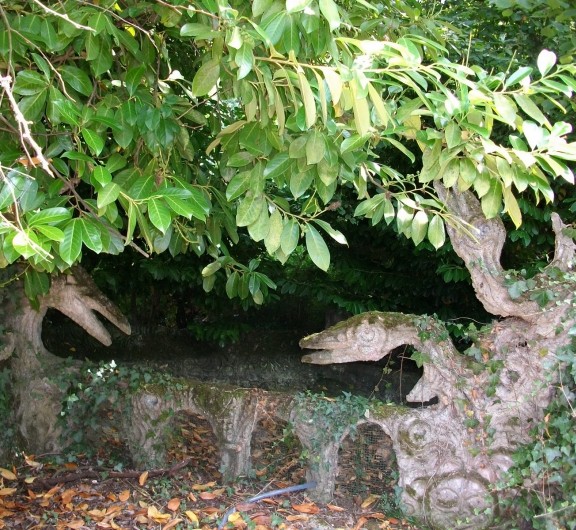