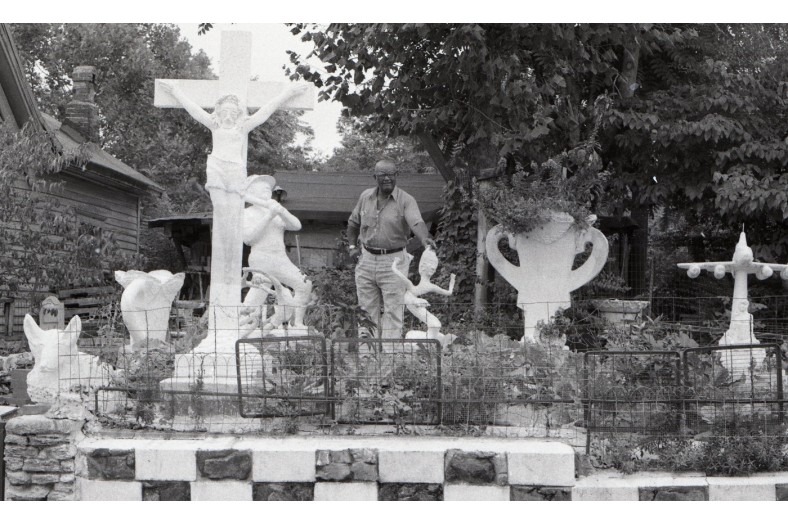 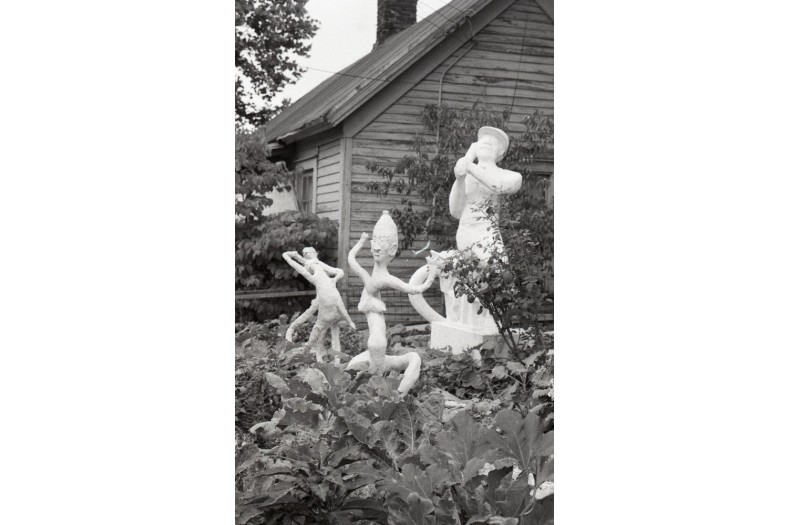 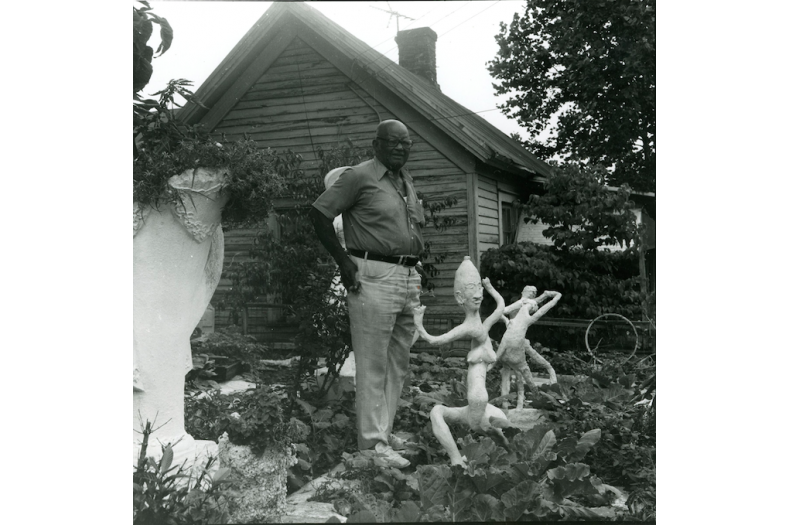 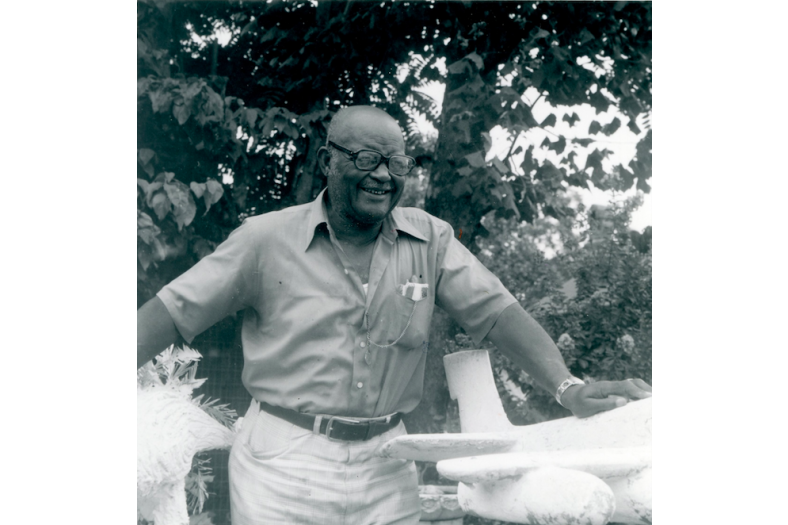 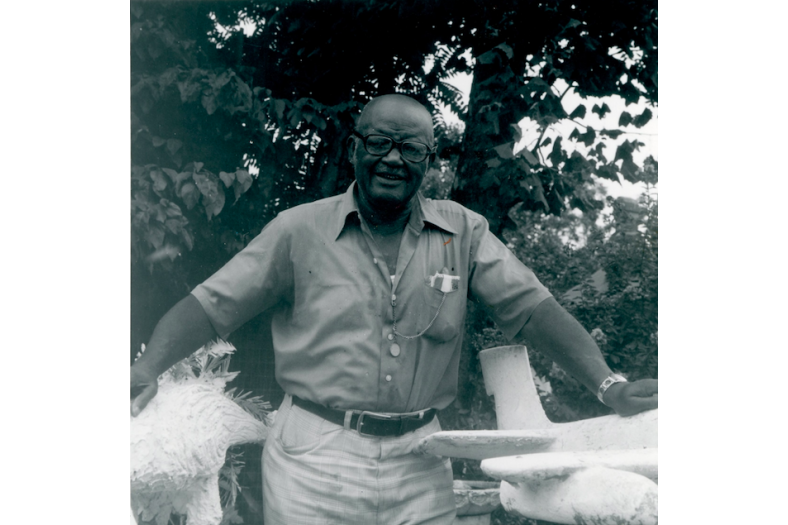 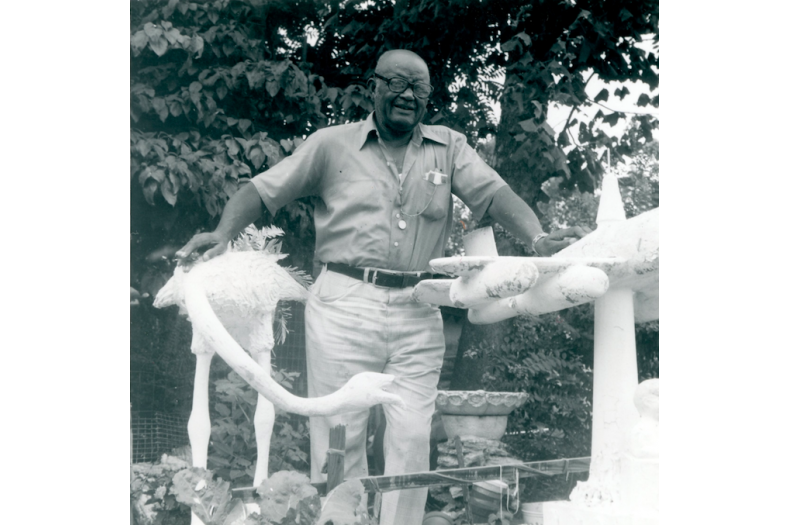 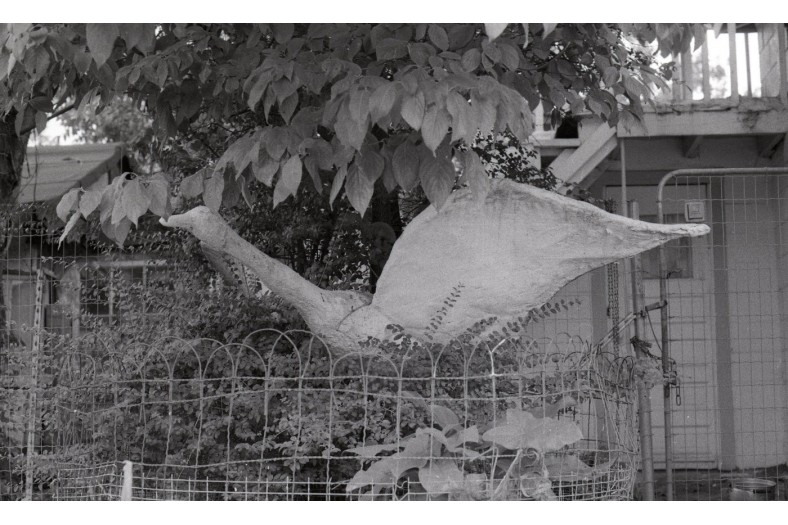 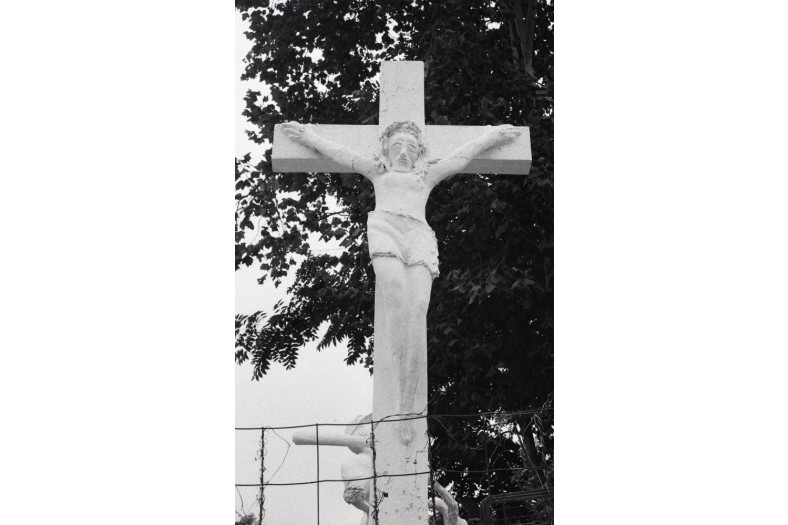 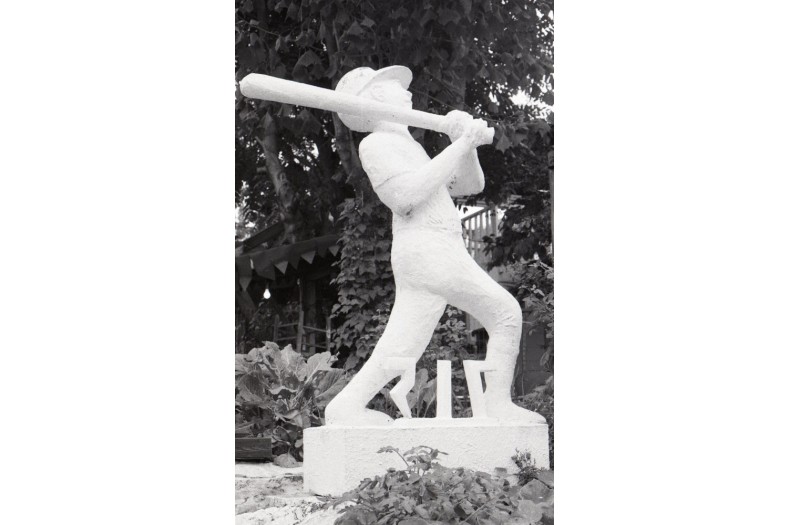 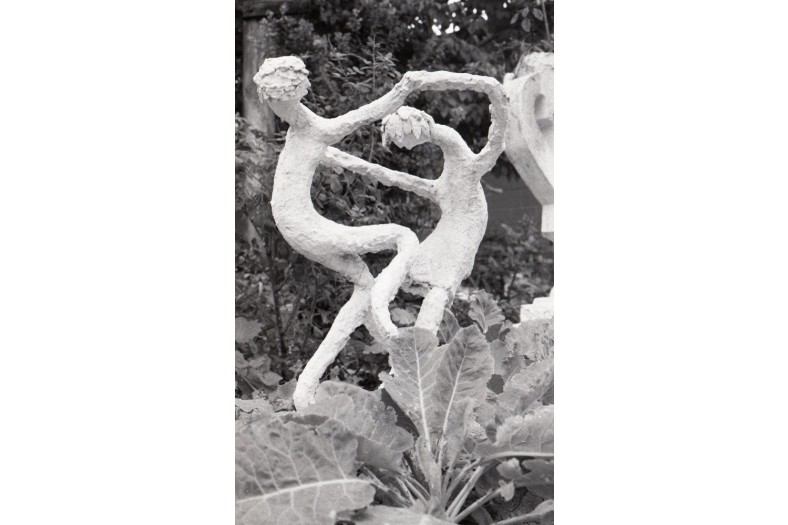 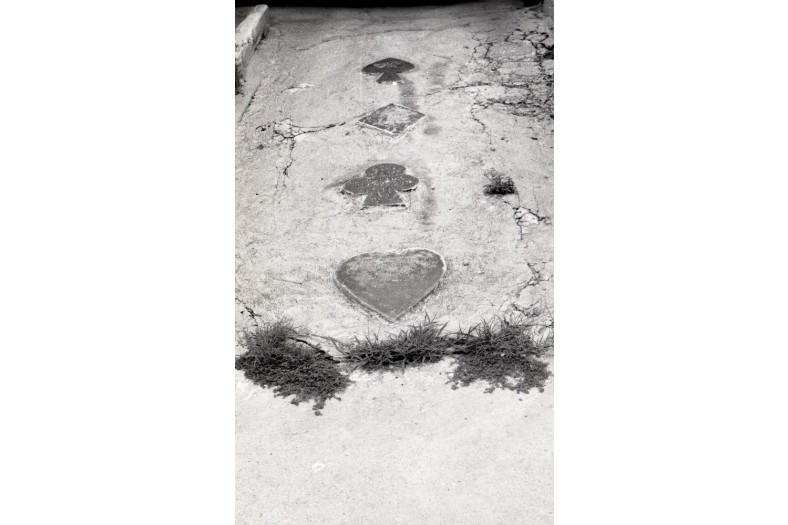 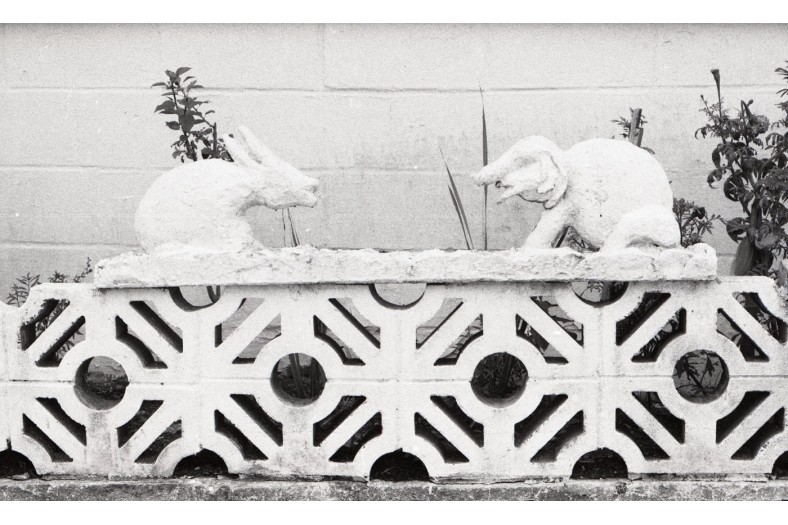 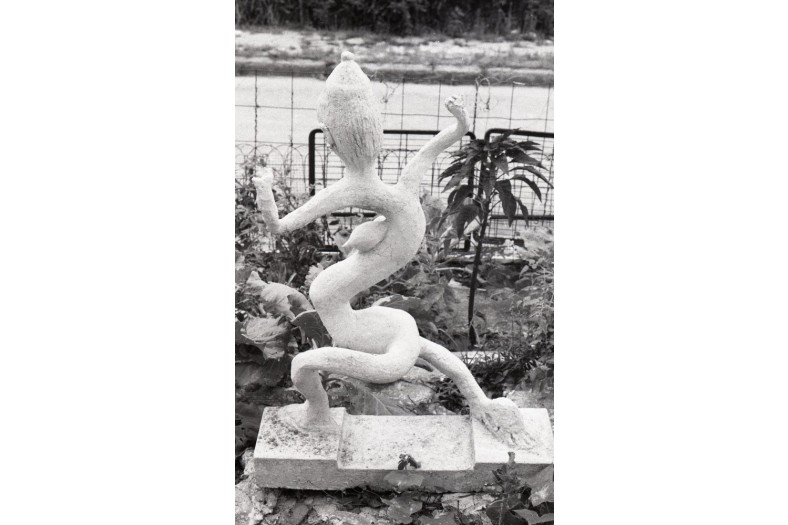 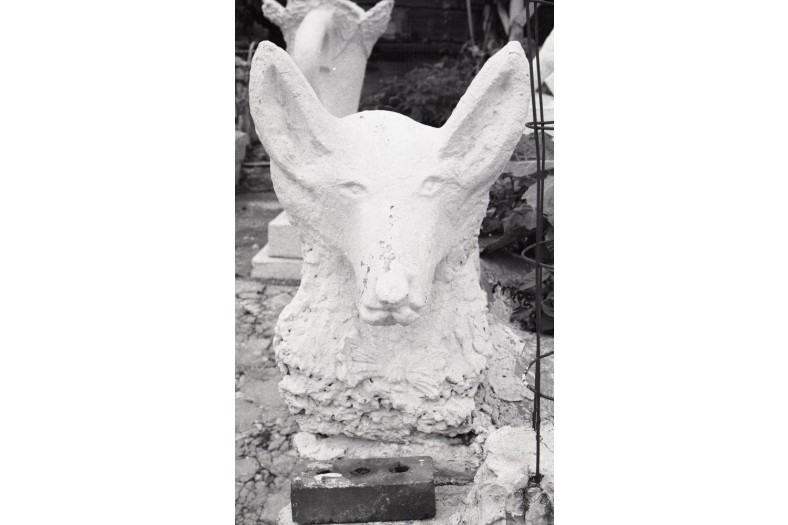 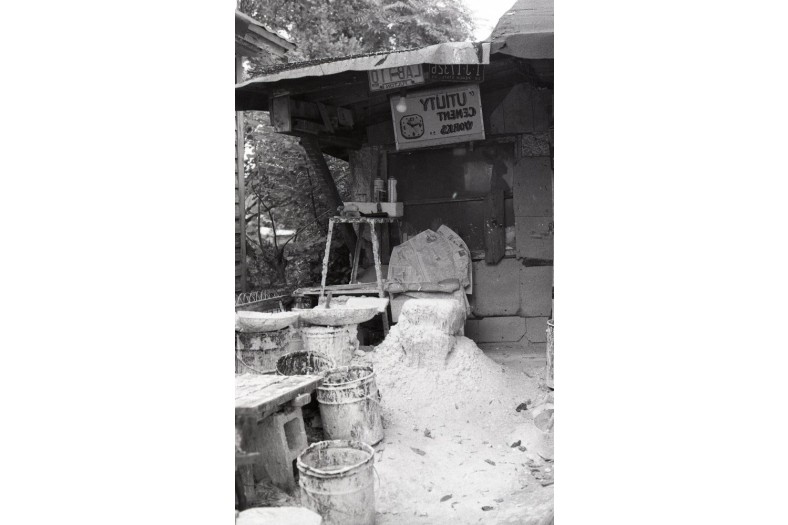 An artist by trade, grave marker sculptor Eldren Bailey (1903–1987) filled the yard of his home situated directly between the southwest Atlanta neighborhoods Mechanicsville and Pittsburgh with luminous white cement and plaster sculptures that commemorated both national cultural currents and more intimate subjects. Bailey was born in Flovilla, Georgia, a small town of less than 1,000 about an hour southeast of Atlanta. He attended school through the third grade, relocated to Atlanta when he was thirteen, and eventually went to work for the railroads. He married a woman named Marjorie, and they had no children. In a 1986 interview with artist and author Judith McWillie, he recounted he had only left the state of Georgia one time while riding the train to Jacksonville, Florida. As he speaks to his interviewer, he smokes a cigar and train whistles bellow in the background.

Having worked with cement and plaster in his professional life, he turned to those materials as media when he eventually took up a personal creative practice in mid-life. A deeply religious man, his first yard sculpture was a large crucifix installed just behind a black and white checkered cement block wall adjacent to the sidewalk. Bailey claimed the creation of this first piece was directed by the hand of God, “He guided me. God guided me. Every time I put a piece of mortar, it was like he said, ‘Do this, do that, now you’ve got it. That’s what I want.” The remainder of his artistic inspiration came to him naturally though he also credited God with his gift.

“It’s born in you. You can pick up certain things, it can tell you how to use it or it can be used… You gotta really notice things. I don’t wait for nobody to tell me. Every piece of art that I do, I see it finished before I even make the model for it. I know exactly what I’m doing. I guess it’s God-given,” said Bailey in the interview with McWillie.

Bailey’s second yard sculpture was a memorial to the abrupt loss of President Kennedy in 1963. The monument takes the form of an airplane atop a tall pedestal featuring a bust of Kennedy. Bailey hoped the sculpture would be adopted by the federal government as the model for a 10 story monument to the former president, but he reportedly did not receive a response after submitting his design. According to art historian Paul Arnett’s essay on Bailey, the airplane imagery was intended to “dispatch him [President Kennedy] to the next world” as the plane is a “common traditional emblem of passage in black cemeteries.” Arnett also links the plane stand-in for Kennedy as representative of his “best-known flight” to Berlin where he famously delivered the line “Ich bin ein Berliner” (“I am also a citizen of Berlin”) as a message of support for the city’s democratic residents that also aligned with his promotion of civil rights for American’s Black citizens as morally and constitutionally urgent.

In addition to content reflecting current events and popular religious imagery, Bailey also plumbed his personal life for inspiration, including creating a replica of his deceased dog Sandy positioned to forever keep watch at the entrance to his property. Perhaps his most dynamic works were the attenuated, lithe human figures appearing mid-motion, dancing among the vegetation in the yard. Their smooth, undulating bodies ooze sensuality and stand out in stark contrast to the more austere objects in the collection like the crucifix looming nearby. Bailey also embedded sculptural pieces into the concrete surrounding his home like a diamond-shaped plaque displaying the phrase “remember to die”–the literal translation of memento mori and perhaps a tongue in cheek plug for his funerary profession. The interior of Bailey’s home was filled with discrete objects–sculptures, paintings, bas-relief, and assemblage works. Several of these pieces are currently held in the collections of the High Museum of Art, the Minneapolis Institute of Art, and the Souls Grown Deep Foundation. 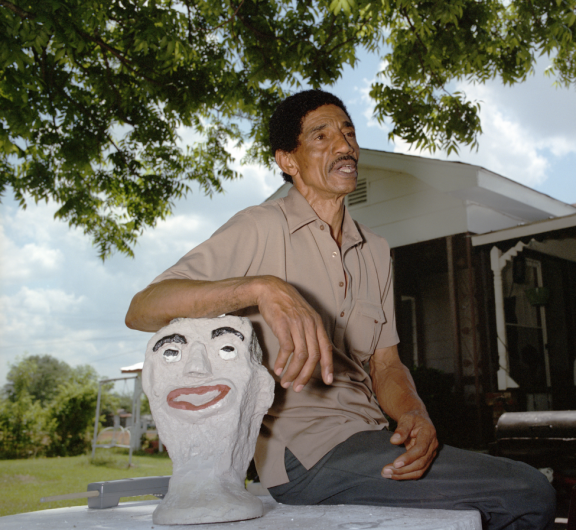 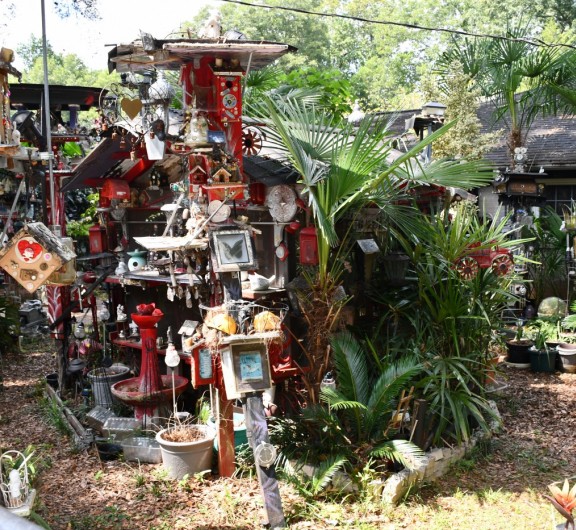 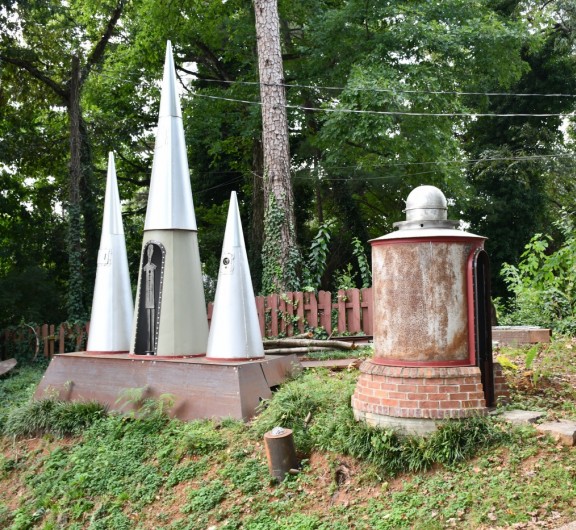 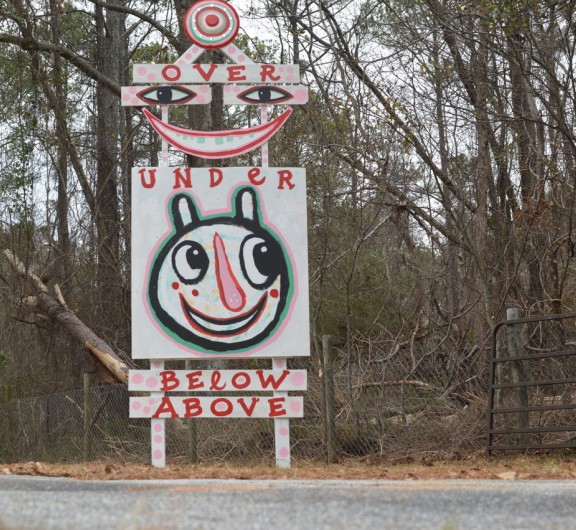 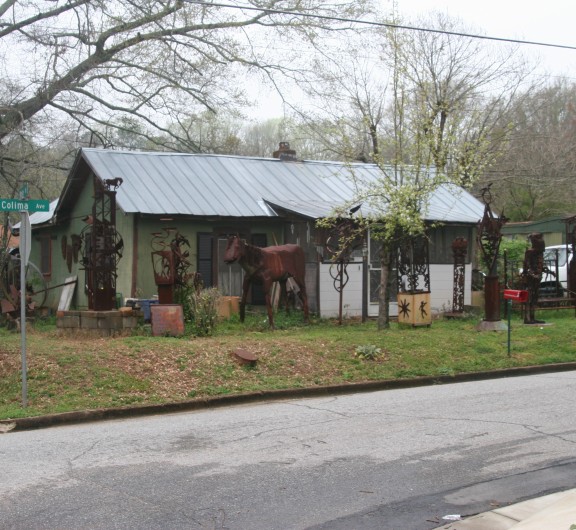