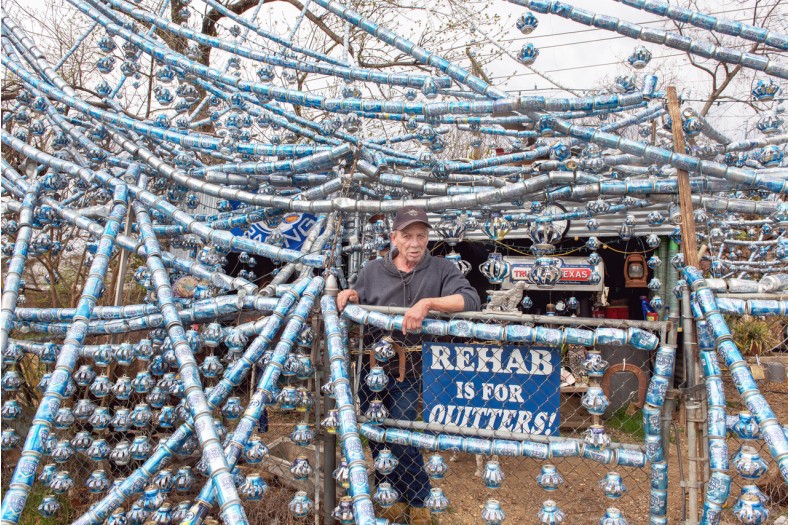 Louis Torres lived on this small corner lot in Fort Worth’s Linwood neighborhood for almost sixty years; after his parents passed away, they bequeathed it to him. The last twenty years he began lacing together aluminum beer cans to decorate his yard and home; some are linked to a perimeter chain link fence or to shrubbery – and some of these are simply anchored by a weight tossed into the branches. A retired Lockheed Martin employee, Torres calls this his hobby, although he does acknowledge that it has gotten a bit out of hand. Most of the Miller Light and Milwaukee’s Best cans were consumed by him and his friends; he was delighted when in 2015 MillerCoors delivered a personalized sign proclaiming “Louis’ Bar” for his display, along with ten cases of free beer, to honor his works.

At its height, some 4000 cans decorated the property, but in 2012 he was cited by the city of Fort Worth and all the cans were removed and recycled. However, he subsequently worked out a compromise where he could begin to redecorate if he kept the aluminum solely on his property, without overhanging onto the sidewalk or onto the property of others.

While many of the cans are simply strung, others are slit and their sides stretched out, giving the effect of ornamental Chinese lanterns; they spin with the wind. Many strands hang vertically but there are some 75 lines that are strung diagonally, stretched between stable anchors on the property. In other areas, such as the gate closing off the driveway, the tops are strung together in a dense grid. Torres noted that not only did the cans serve as yard art, but they also functioned as a savings account; “If I’m short of money and need cigarettes or beer,” he said, “I’ll pull down a string and cash it in.”

In March, 2016, however, he sold the home, and as the area is undergoing a massive redevelopment, his house and the decorations are slated to be demolished; all of the other homes on that block have already been leveled. Torres is planning to relocate to River Oaks, Texas, and muses that he may begin hanging beer cans on that new property as well.

Update: The house was sold to developers in 2016 and demolished to make way for an apartment complex. 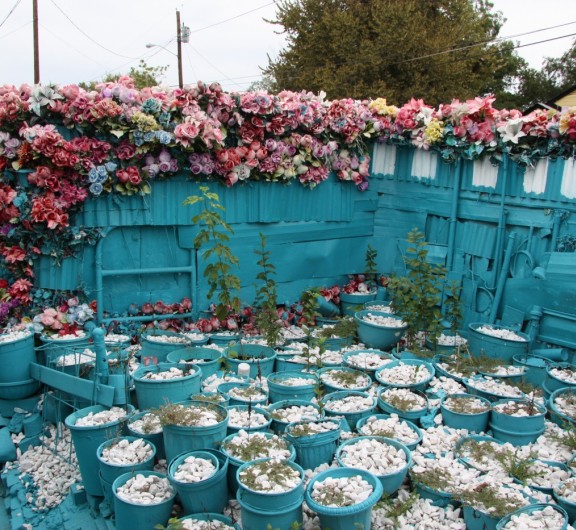 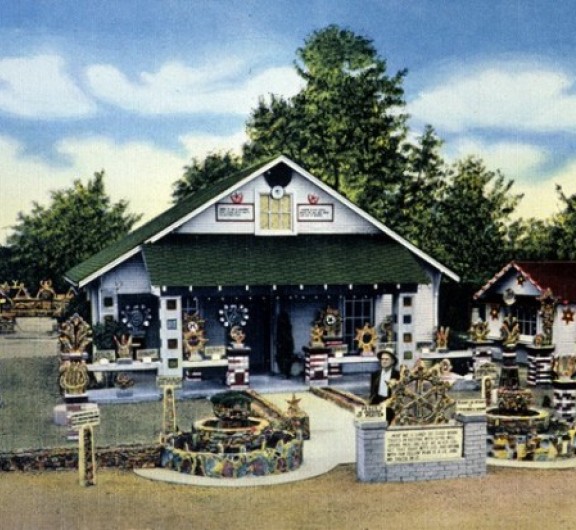 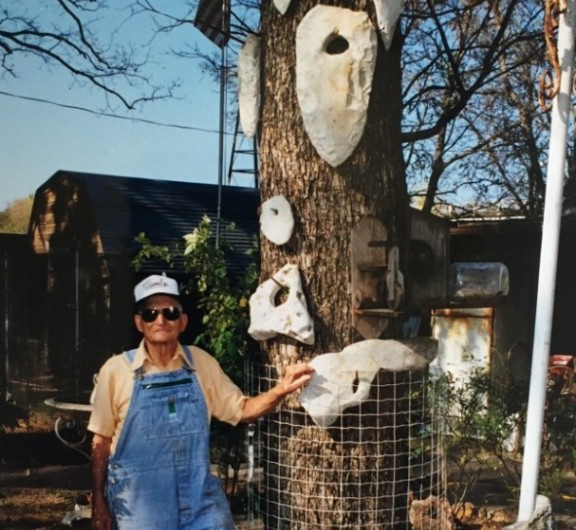