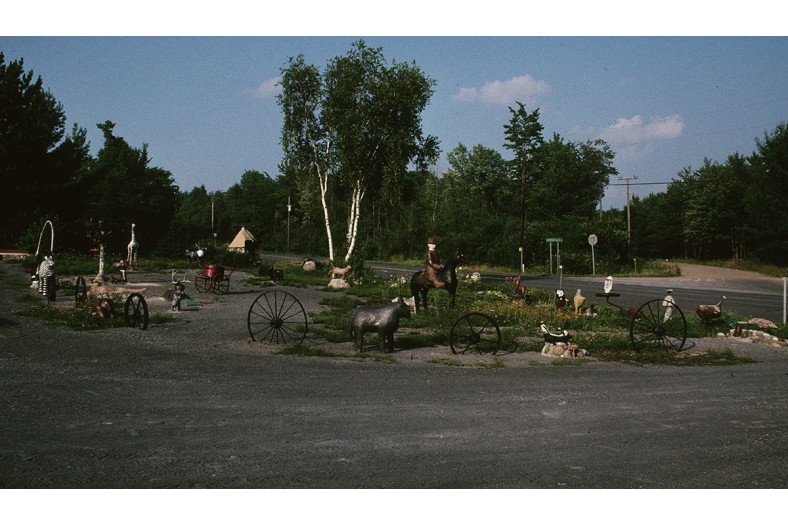 Used with permission of the photographer, Robert Foster 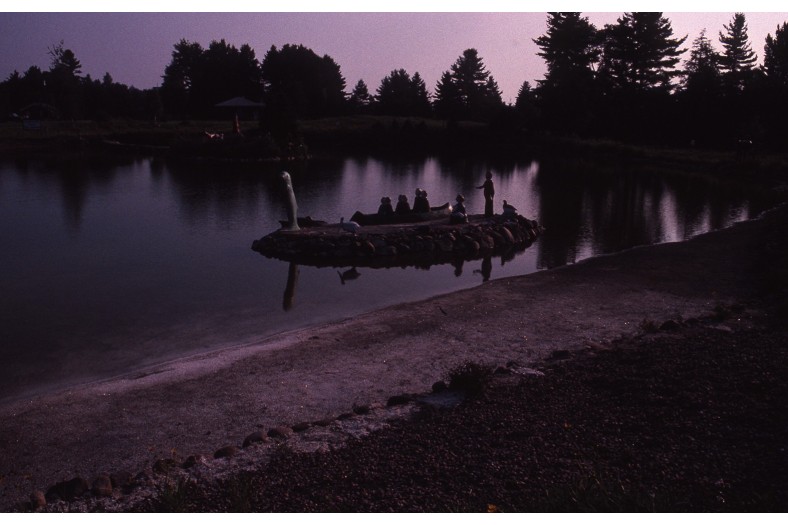 On private property. It is only open to the public by invitation or advance arrangement. Visitors can see exterior features from the roadside without going onto the site. Photography from the road is permissible. Located in Indian River (between Harrisville and Croghan) ﻿on New York State Route 812.

Terrillion began working with cement in 1953, after she separated from her husband and built a log home for herself and her four youngest children on a roadside property in Indian Lake, New York. Stones from the property were incorporated into the fireplaces she built and used to line the perimeter of her land.  She soon turned to sculpting statues, adding a figure of the Virgin Mary and another of Our Lady of Fatima to the landscape, encircled by praying children and several animals. More animal figures followed.

Terrillion also dredged a lake with one of her sons and covered the two landmasses left in the middle with sculptures. She called these her “woman-made” islands. One featured a canoe with six children, representing her six living offspring; she also depicted herself, kneeling and holding a baby girl, who died at birth. She added a standing male figure to represent the family’s father.

Well into her eighties Terrillion continued to work on her art environment and to greet visitors. When she died in 2003, the property remained in family hands; visitors are asked to remain at the roadside to view the sculptures.

painted cement figures on land and in a pond. 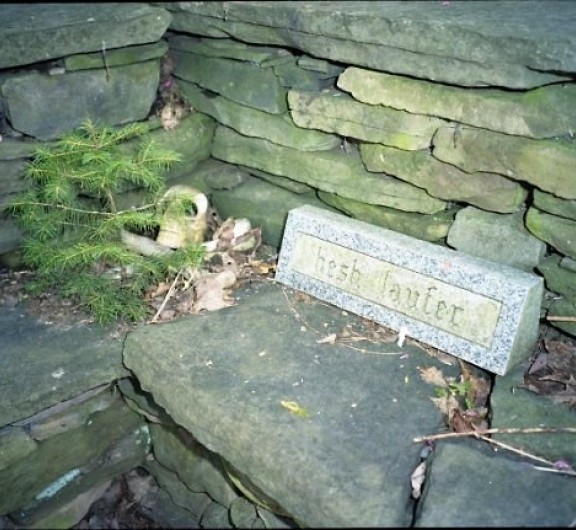 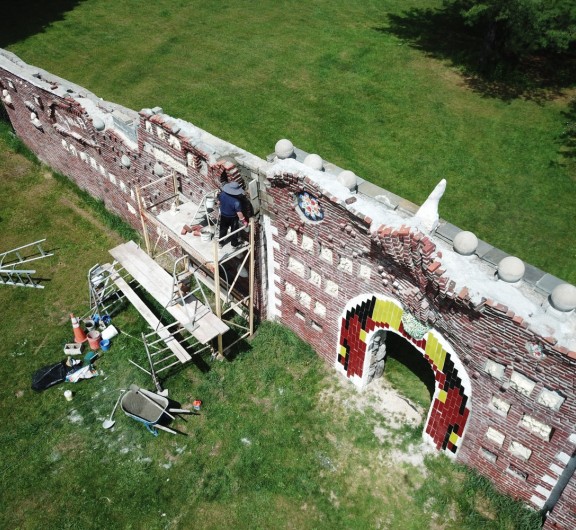 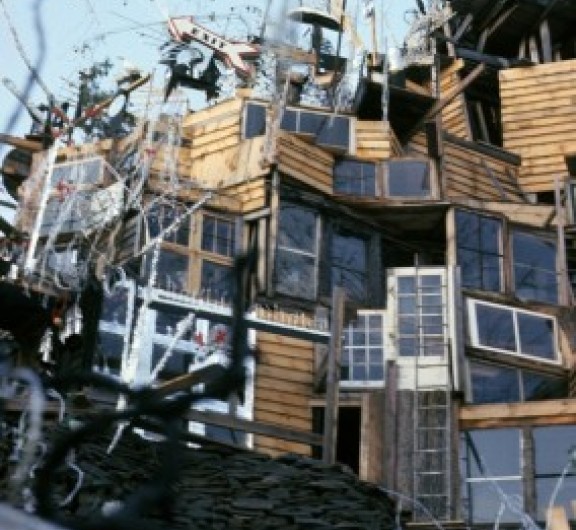 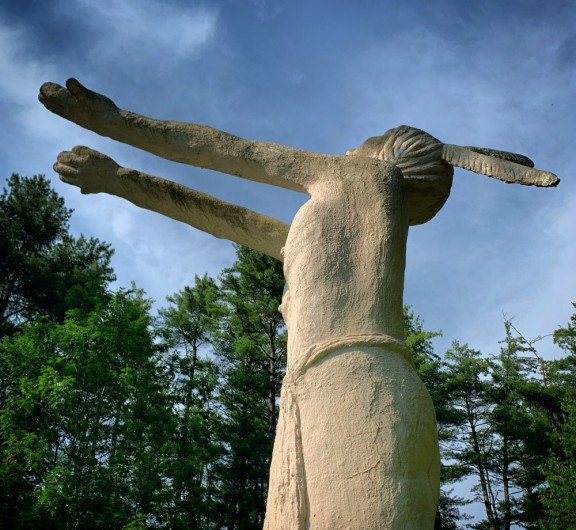 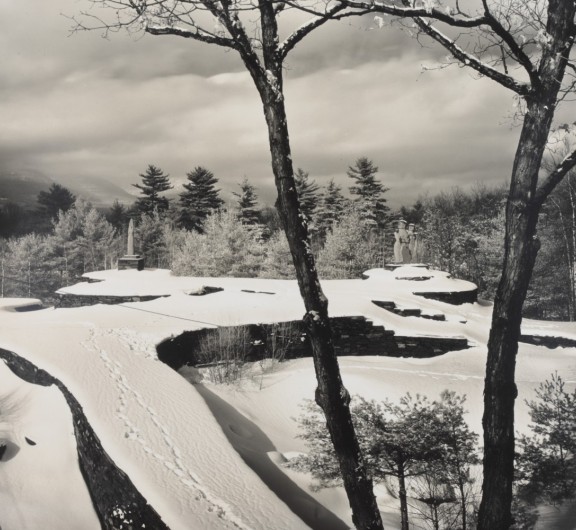 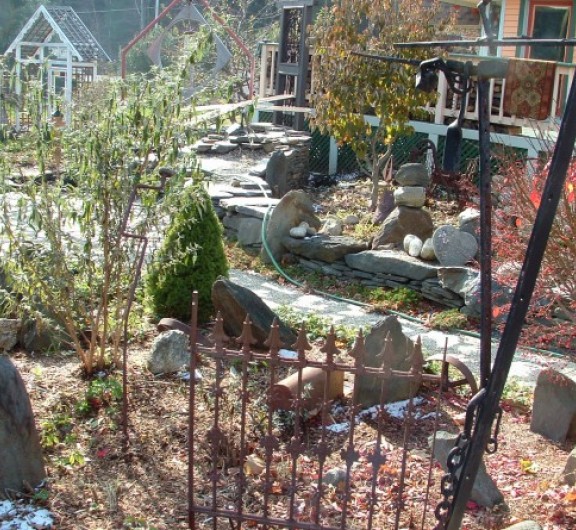