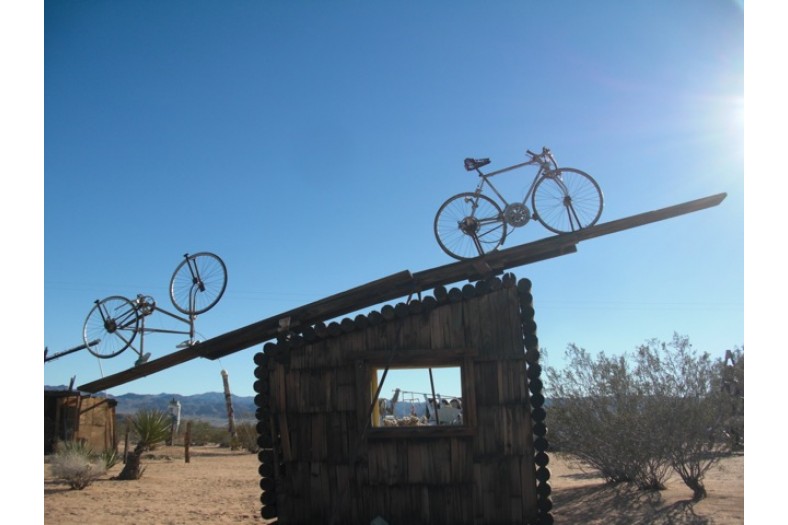 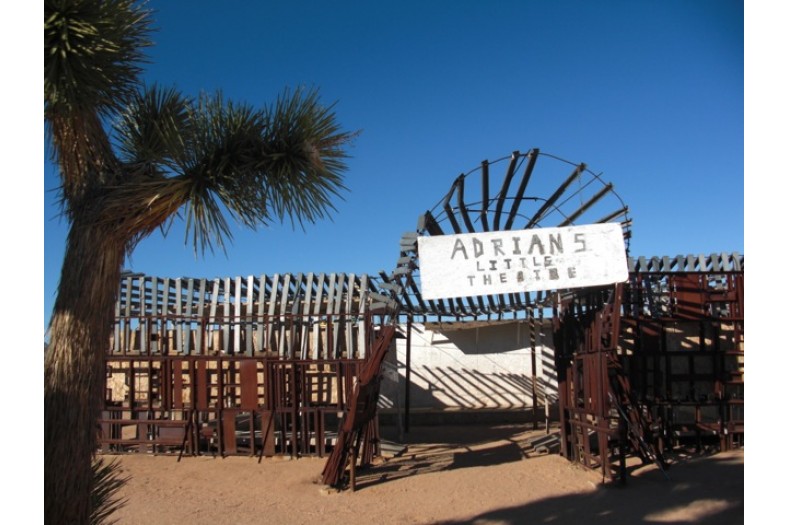 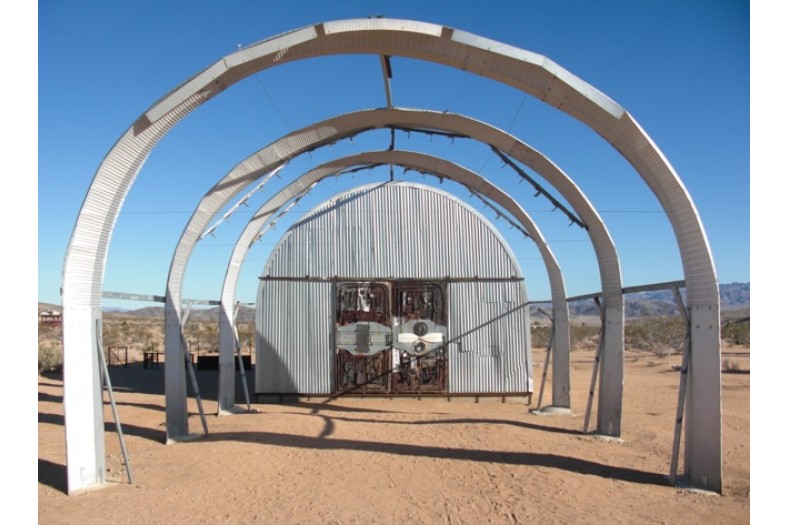 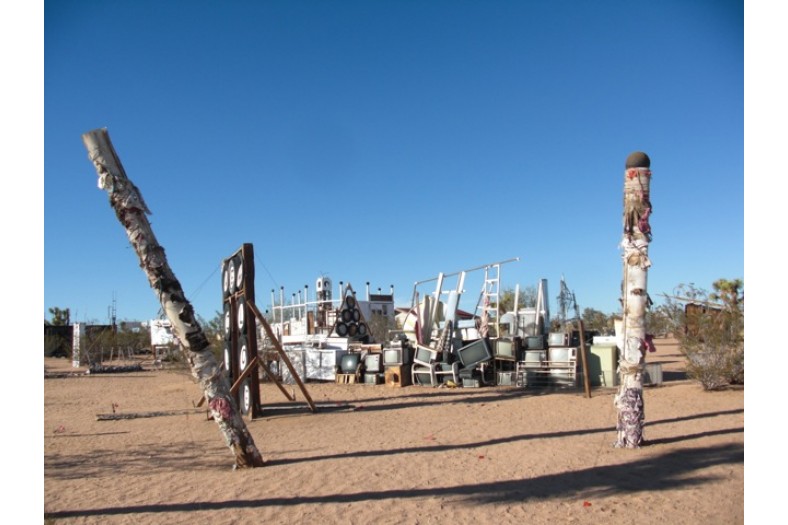 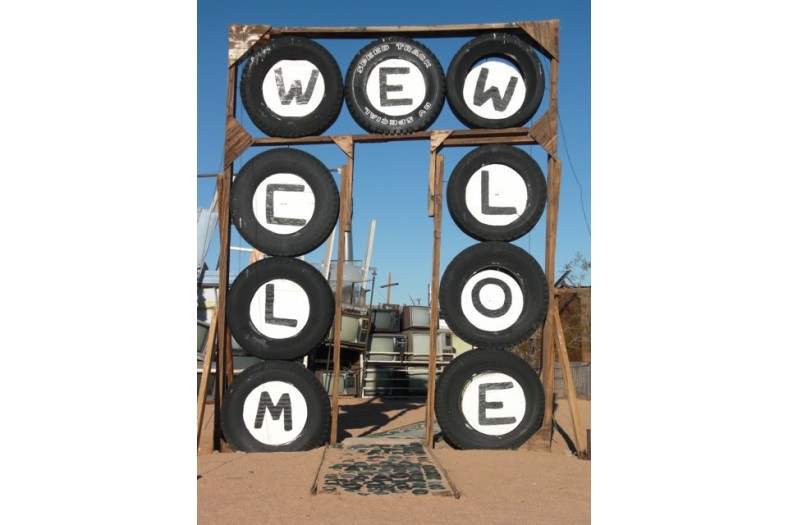 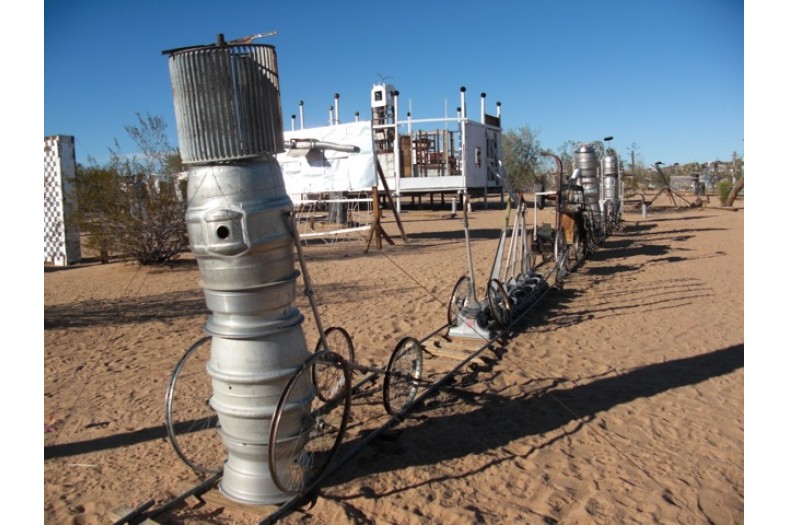 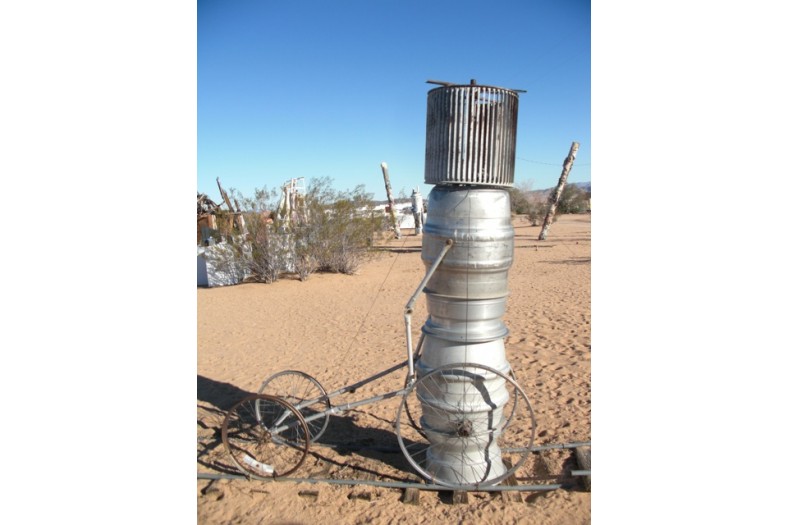 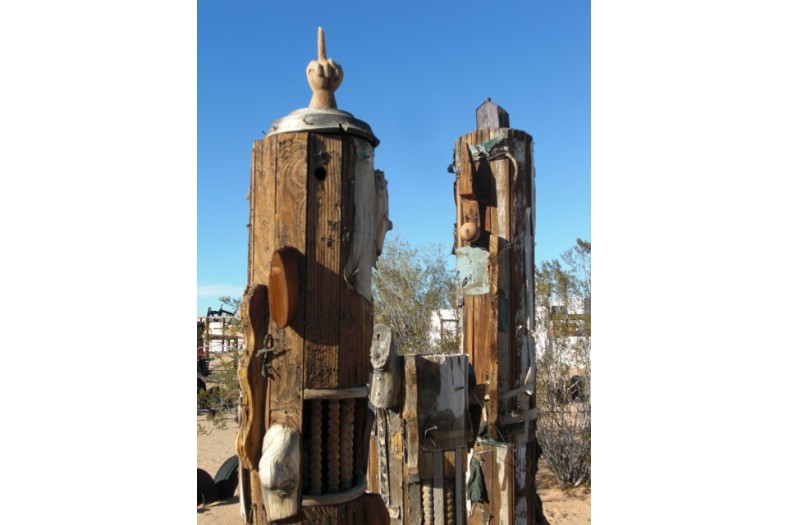 The Noah Purifoy Desert Art Museum of Assemblage Art is open to the public every day of the year from dawn to dusk and is free of charge. Visit the website for directions and tour information.

Noah Purifoy was born in Snow Hill, Alabama in 1917 to a family of farmers. He later moved to Cleveland where he earned a teaching credential and a social work degree before moving to Los Angeles to practice social work. It was later in life that he started pursuing a path in art when, in 1954, he enrolled in Chouinard Art Institute (now CalArts) and embarked on a career as an interior designer creating modernist furniture for Hollywood’s elite. Purifoy soon became disillusioned with the art world because much of the art he was observing didn’t seem socially relevant in an era of intense political turmoil.

In 1964, Purifoy’s interest in civil rights led him to become the first director of the Watts Towers Art Center in Los Angeles, established alongside Sabato Rodia’s art masterpiece. When the Watts Rebellion erupted Purifoy scavenged three tons of rubble from the ashes of the destruction and used them to create “66 Signs of Neon,” a large group show of sixty-six pieces created from the uprising’s debris.

Although the show proved successful as both art and protest, throughout the 1970s Purifoy quit creating as an exhibiting artist and worked for Central City Mental Health, the only mental health facility in Los Angeles that addressed the psychological needs of the African American community. In 1976 then Governor Jerry Brown selected Purifoy as the first African American artist to join the California Arts Council, where he played an instrumental role developing programs to bring art into the state prison system.

Purifoy moved to Joshua Tree in 1989 at the age of 72 when his friend, collaborator, and fellow artist Debbie Brewer offered him permanent lodging on the land she owned out in the desert.

These 10 acres of land are where Purifoy began creating his large scale assemblage sculptures out of salvaged materials. Some pieces are infused with humor and whimsy, such as the “Kirby Express” rail road track of vacuum cleaners, beer cans, and carriages that almost resemble mechanical people propelling themselves down the line. Other pieces reflect various phases of Purifoy’s life experience, such as “Shelter,” a piece made from the charred remnants of a neighbor’s burnt down house and filled with all the manifestations of poverty that Purifoy knew so intimately from his time as a social worker.

Although Purifoy claimed his sculptures have no overt political meaning, both his art and lifestyle are infused with deeper social purpose. Purifoy had many opportunities throughout his life to achieve success by mainstream standards, but at every turn this path never appealed to him, and he chose to spend his last years in spartan desert accommodations, immersed in his creative process.

After Purifoy passed away in 2004, The Noah Purifoy Foundation was created to maintain the site and keep the artwork open to the public as an outdoor sculpture museum. 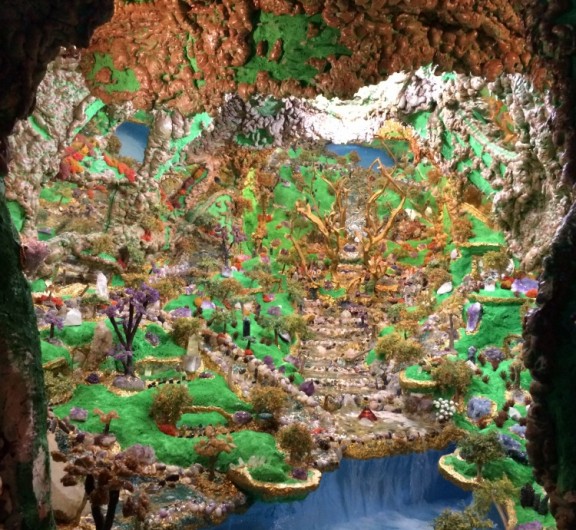 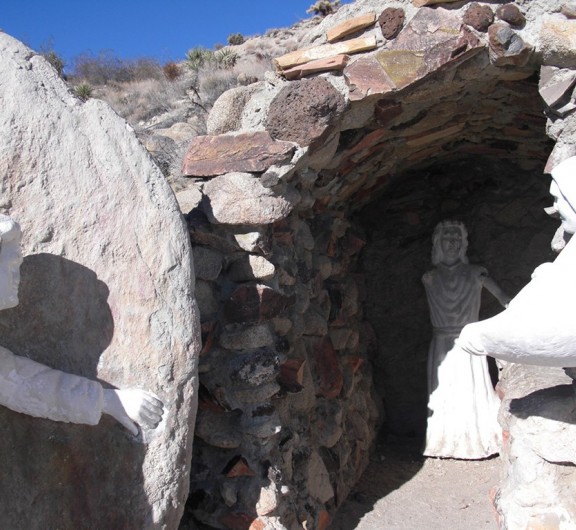 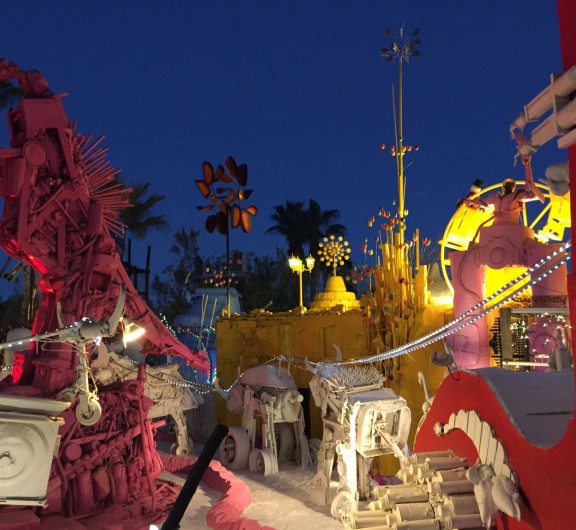